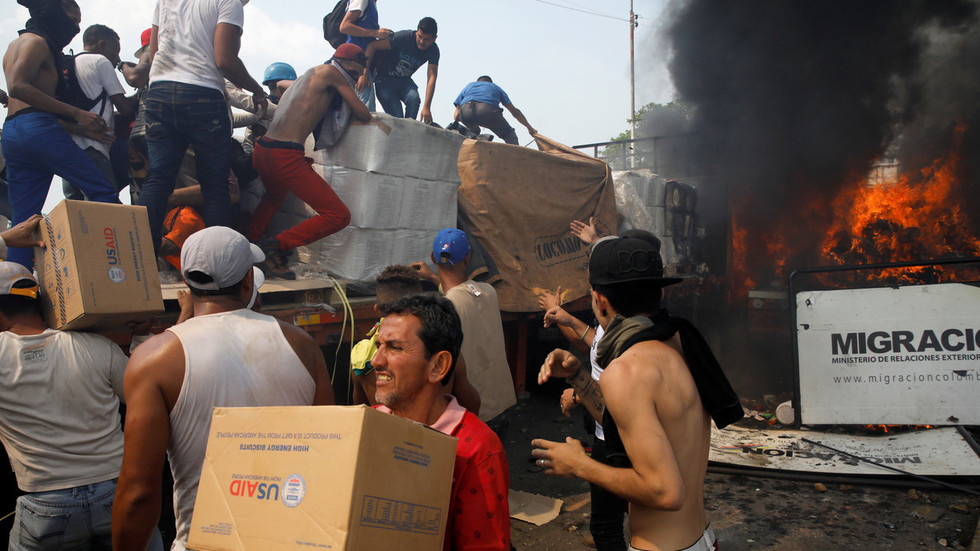 As Washington and Caracas blame each other for torching a truck carrying what the US called vital ‘humanitarian supplies’ from Colombia to Venezuela, a video has emerged, finally shedding some light on the incident.

The truck caught fire and burned down during a failed attempt on Saturday by US-backed opposition activists to breach the closed Colombia-Venezuela border crossing at the Francisco de Paula Santander Bridge, near the Venezuelan city of Urena. The Venezuelan government refuses to let the American cargo in, calling these ‘humanitarian’ convoys a propaganda stunt and a precursor to a military invasion.

This video found by @graffitiborrao appears to show the moment when an opposition guarimbero throws a Molotov cocktail on a truck loaded with US aid: pic.twitter.com/Z4Bg6dL4BR

Photos of the incident were immediately used by US officials to double down on their outrage and calls for regime change in Caracas. But footage that has surfaced on social media tells a strikingly different story, pinning the blame on ‘activists’ in the crowd.

This video from today shows the guarimberos making Molotov cocktails. Did they use them to set the aid truck on fire? pic.twitter.com/aNFqGVQ0uA

One clip appears to have caught the moment a man on the Colombian side of the border pelted a Molotov cocktail at the truck, while another video from the scene showed the opposition activists openly preparing the incendiary devices. Border security guards can be seen patiently holding their line at a distance, casting further doubts on claims that the truck was seized and torched after it had crossed into Venezuela. 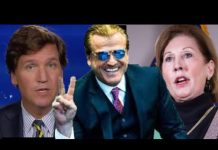