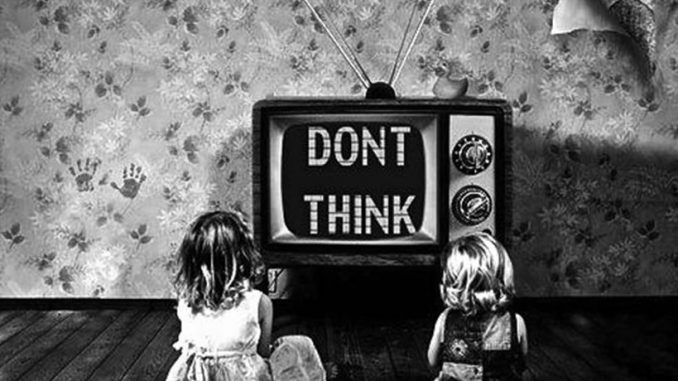 Since CNN, ABC, NBC, CBS, the New York Times, and the Washington Post are all funded and controlled by Big Pharma and Big Food, they are forbidden from publishing and broadcasting the truth about several massively important topics. The same goes for most major newspapers in this country, and most of the popular websites.

What’s worse is that Google, YouTube, Facebook, Twitter, Apple, and Instagram are also controlled by the same elite forces that run the MSM (mainstream media), so you will never, ever see or hear the truth published about the topics that have the greatest bearing on your health and safety.

In fact, you will hear and see exactly the opposite of the truth published and broadcast by these globalist corporate “biotech” and “tech” giants who care about only three things: controlling you, fueling your sickness, and keeping you in the dark.

The new extreme Left (Democratic Death Cult) wants complete control and they want it now. They want to impeach Trump. They want to take away every American’s guns. They are already limiting free speech and free press, while impeding on religious freedoms, all while the court’s judges are stacked in favor of liberal legislation and decisions.

Your rights as an American are quickly and purposely being eroded away, never to return, unless you act now. The Republic will fall if we don’t all ban together and fight for clean food, unadulterated drinking water, natural medicine, patrolled borders, and the right to defend yourself with legal weapons, as declared in the U.S. Constitution.

Here are the top 10 truth topics BANNED or BLACKLISTED by fake news MSM and all social media:

1. Organic food (including all organic produce) is healthier than conventional, processed, and genetically modified

The secretive vaccine court has already doled out over $4 billion in compensation to adults, teens, children, and babies that have been injured by the violent neurotoxins that are dangerously mixed into immunizations. Most of the $4 billion has been paid out to people injured, maimed, or killed by the flu shot.

3. Many illegal immigrants crossing the U.S. southern border have communicable diseases and are infected with dangerous parasites

4. Any news about an American who has a legal carry weapon and stops a mass shooting event by shooting the armed criminal will not be covered

The Democrat’s goal to confiscate not only all automatic and semi-automatic weapons from all Americans, but ALL guns, is obvious in the fact that no MSM outlet ever covers when a legal carry is used to stave off a mass shooting, and it happens all the time.

5. Most mass shooting events are perpetrated by someone who has been prescribed and is taking SSRI psyche drugs (selective serotonin re-uptake inhibitors) for anxiety or depression (or both)

There are plenty of Americans, unfortunately, suffering from mental illness, but time and time again, we see those who are medicated with SSRI drugs become so violent and disturbed that they commit homicide and then suicide. It’s time to blame the drugs instead of the guns, and petition for “prescription drug control” and SSRI confiscation.

6. Nearly all cases of cancer, arthritis, osteoporosis, heart disease, strokes, diabetes II, and dementia are preventable and curable, and are not inherited from our parent’s or grandparent’s genes

The first thing every U.S. medical doctor asks their patients is which diseases and disorders “run in the family.” That’s so you won’t ever look into food choices and natural remedies for answers to your preventable and curable health woes. Folks, there’s a natural CURE for every ailment on planet Earth – you just got to know where to look. First, check out a plant-based diet consisting of mostly raw, organic fruits and vegetables.