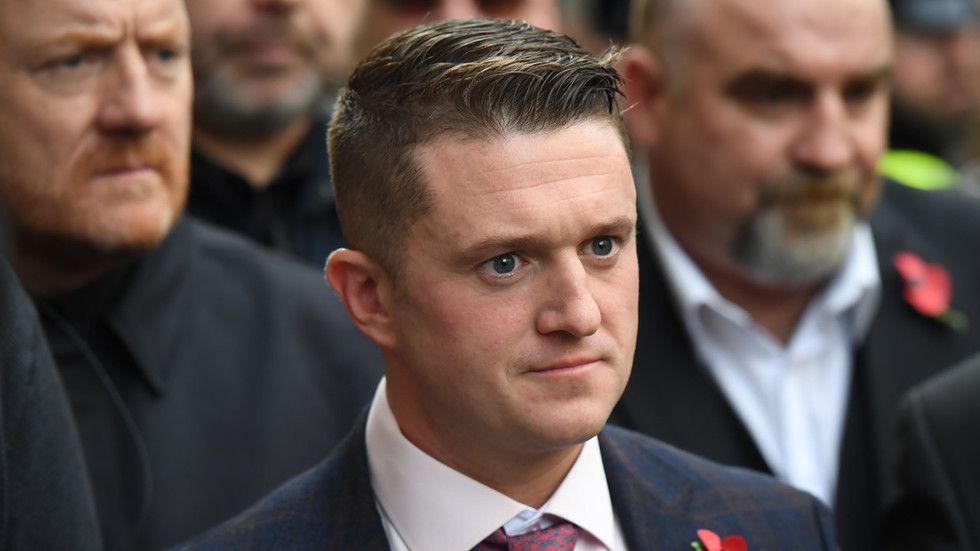 Tommy Robinson, founder of the English-Defence League, has been banned from Facebook and Instagram after the social media company said he repeatedly breached its policies on hate speech.

Robinson, whose real name is Stephen Yaxley-Lennon, violated rules against bullying and public incitement to violence, especially against those of certain protected characteristics.

He was issued with a final written warning by Facebook last month, advising him that he would be permanently banned if he continued to violate these policies.

The warning was reportedly spurred by a call to behead those who follow the Koran, another to “make war” on Muslims, and various videos showing people being harassed and bullied.

Following the warning, Robinson further breached the companies’ policies by organizing an event with Gavin McInnes and his controversial group The Proud Boys, in addition to repeated posts with inflammatory language targeting specific groups in society.

Some of this reportedly included calls for violence against these groups based on ethnicity, race and national origin.

Robinson will join McInnes as well as InfoWars founder Alex Jones on Facebook’s permaban list, each having already been banned from Twitter. The move adds to the Silicon Valley giant’s attempts to clamp down on hate speech.

Many welcomed the decision online.

I can reveal I recently had a meeting with Facebook to discuss #TommyRobinson pages and their impact in brainwashing his supporters to become terrorist and use violence against Muslims. A very good result and I am proud of my role.

Good that he has had his pages removed, he's made a career out of inciting hatred. #TommyRobinson.