When this story first came in, I read about it, and then quickly thought, “well that will probably not make the finals cut this week,” but boy, was I wrong, as more and more people sent this story in, and offered comments in some cases. When one is in the high octane speculation business, one is wrong about 99% of the time and right a mere fraction of that (that would be the other one percent, for those of you who suffered under Common Core). So what’s the problem? Apparently, people all over the country are hearing loud “booms” or “explosions”, and there’s no known source for them.  And this wouldn’t be the first time strange noises have been heard. A few years ago, they were hearing them in Russia and Canada. And no one seems to have a clue as to what is causing them:

Apocalyptic Sounds In The Sky: No Explanation For “Mysterious Booms And Flashes Of Light” All Across America

As one might expect, my antennae are pulsing with suspicion, and I’ve a little high octane speculation to add to the mix, and it concerns the following statements:

For weeks, Americans all over the country have been rattled by extremely loud booming sounds that seem to have no explanation, and they are often accompanied by “mysterious flashes of light”.

These strange booms are shaking homes and rattling windows, and some witnesses say that they sound like cannons being fired.  And even though the “mystery booms” and accompanying flashes of light have been captured on camera all across the nation, so far the authorities do not have a reasonable explanation for why they are happening.  Unfortunately, it does not appear that this strange phenomenon is going to go away any time soon.  In fact, the Sun is reporting that the frequency of these “mystery booms” appears “to have gathered pace over the past week”…

To make matters more even incomprehensible, as the article also notes, there is no accompanying seismic activity, which would seem to rule out geophysical explanations, but I’m going to take the plunge anyway. But before I do, the article also notes that the “booms” heave been heard in Rhode Island, New York, North Carolina, Tennessee, New Orleans, and Tuscon, Arizona. Beyond this, we don’t have much information upon which to speculate. Yet, in spite of the fact there’s no reported seismic activity accompanying these booms, people are apparently experiencing some sort of physical shock wave from them.

To my mind, all these things are clues, and if there is (1) no seismic shock  and yet (2) physically experienced shock wave  phenomena, and (3) flashes of light, then I can think of a few mechanisms that might account for it, the first being very shallow ground shock waves, which might not necessarily show or, or be recognized, as seismic events, which might show up if peizoelectric rock is suddenly stressed, released energy in the form of the shock wave and a flash of light.  OK, I know all of that is reaching, so that brings me to the following. The second possibility might be something happening in the air, such as a sudden release of lightning which anyone who has experienced a thunderstorm can attest, these events can send powerful shockwaves through the air and shallow ground shock waves.

So what might be causing such unusual events as lightning with no thunderstorms around? Here the problem in my speculative hack-from-South-Dakota opinion is just about anyone’s guess. Are we looking at natural phenomena that are the result of new stresses and strains in the ecosphere, things like HAARP, the rapidly shifting magnetic pole, resonance effects from all the electromagnetic soup we live in? Who knows.  But there could just be the outside possibility we might be looking at something deliberate, along the lines of Tom Bearden’s speculations on interferometry loading energy into certain areas which is suddenly released, which could account for both the shock wave and flashes of light. 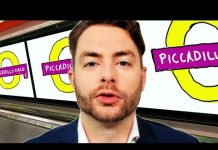