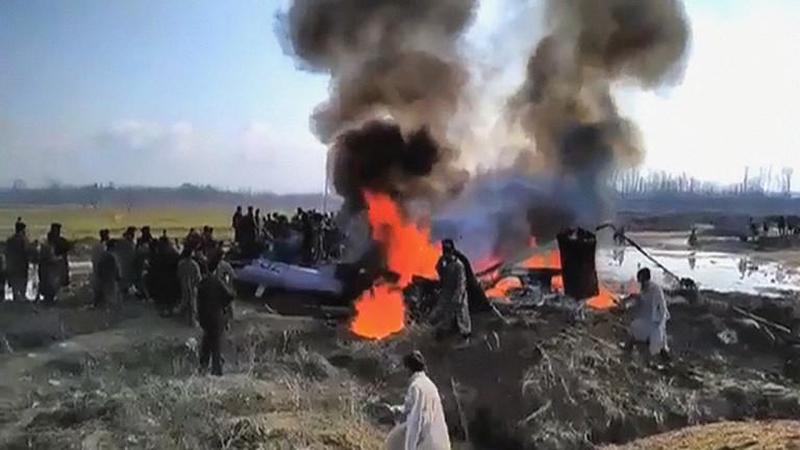 Update 2: Pakistan is now saying that only one Indian pilot is in custody…and India has confirmed that only one pilot is missing. Meanwhile, there have been reports of “heavy exchange of fire” in multiple areas along the border.

Regarding the detained pilot, India’s Ministry of External Affairs has lodged a “strong protest” and accused Pakistan of violating the Geneva Convention by shooting down its planes, and said that it expects the “safe return” of the detained pilot.

#BREAKING: Pakistan demarched on the act of aggression against India. India also strongly objected to the vulgar display of an injured personnel of the Indian Air Force in violation of all norms of International Humanitarian Law & Geneva Convention. India expects his safe return. pic.twitter.com/bhwef7g6hT

Update and recap: After some initial confusion and conflicting statements about the number of aircraft involved in Wednesday’s hostilities, Bloomberg has produced this roundup of remarks from both sides that helps to clear things up.

Markets had already been bracing for an insanely busy session – with risks ranging from Trump’s meeting with Kim Jong Un in Hanoi, to Michael Cohen’s Congressional testimony, to Fed Chair Jerome Powell’s second testimony before the House Financial Services Committee (including Maxine Waters and AOC) – when they were confronted in the early morning hours on Wednesday with the prospect for nuclear war along one of the world’s most volatile borders.

One day after Indian fighter jets crossed into Pakistani territory to destroy a training camp purportedly belonging to the militant group that carried out one of the deadliest terror attacks in the 30-year history of the Kashmiri insurgency (Pakistan offered a different version of events), two Indian fighter jets have been shot down over Pakistani territory in what analysts described as the biggest escalation in tensions between the feuding neighbors since the end of the 1971 Indo-Pakistani war (which resulted in the creation of Bangladesh).