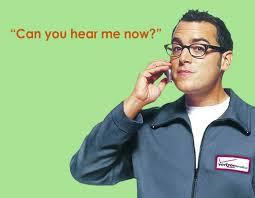 Sometimes in this business, it necessary to obtain information but agreements are made about what can and cannot be said, especially in a public forum. With the public now understanding the the constraints that I am operating under, I am revealing what I can in the hope that someone from the Independent Media will take up the mantle of serious investigation in order to say what I cannot. I do have permission to pursue this option.

It is well documented that Jussie Smollett told police on Jan. 29 that two men attacked him, yelled homophobic and racial slurs, poured bleach on him, and put a rope around his neck. Local and national media have reported that investigators are looking into whether the incident was staged. The Chicago Police Department has indeed stated this is the case and Jussie Smollett has been charged with filing a false police report and faking his own hate crime. But wait, there is much more to the story.

I am bound by a confidentiality agreement with a Confidential Informant (CI) and I will not violate it. However, I can say the key to understanding the Smollett case does not lie with Smollette himself. It lies with the Nigerian brothers who were allegedly hired to stage this fake racial attack. Everything about these Nigerians needs to come under scrutiny including the three men who are principals in this case.

I am in receipt of a federal agency source who claims that they have knowledge that the staged attack upon Smollette had the participation of a federal agent, but not necessarily the federal agency to which he/she belonged. I know that this is vague, however, the source is reliable and I do not burn sources and never will. The obvious purpose of this fake attack was to promote heated racial division and to bring into drama the participation of LGBT political interests because Smollette is admittedly gay. This also has the fingerprints of George Soros because this is just the kind of thing he does repeatedly to promote civil discord by manufacturing racial incidents and promoting them to incite racial division that culminates in violent public protests.

Because I am bound by my obligation to the CI, I’m limited to saying the following:

As I said, perhaps this attorney has perfectly good explanations for the multitude of names and possible aliases connected with her personal and professional background.

I ask again. Who is she? Given what I have found, how can she not have a former name attached? In her press release to Fox News concerning the Nigerians, her name was listed as Gloria Schmidt.

Here is what I have determined which might be a starting point for any investigation. Remember, this does not mean this attorney has violated any ethics or laws. Everyone connected to the Smollette case needs to be looked at.