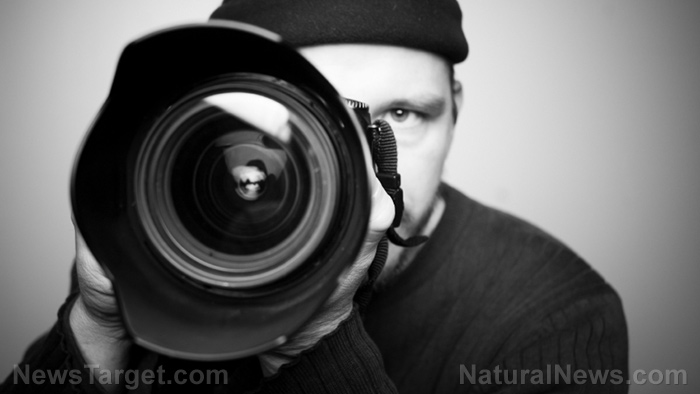 The Left has practically taken over every single institution in America including education, healthcare, entertainment, pop culture and society in general, but it’s not enough: Now they’re coming for the justice system as well.

Granted, Leftists got a huge boost in their efforts to corrupt American jurisprudence from Barack Obama, who oversaw the complete and radical politicization of the Justice Department, the FBI, and the U.S. intelligence community which he weaponized against POTUS Donald Trump via “Spygate,” which you can see in the video below.

Now they’re getting a boost from judicial activists on the federal courts, especially the reliably liberal 9th Circuit, which just ruled that police and law enforcement agencies don’t need a reason to put an innocent American citizen on “suspicious persons” lists.

As noted by MassPrivatei Blog, in late January, the 9th Circuit Court of Appeals issued the ruling, noting that it helps explain how then-President George W. Bush had his administration develop Fusion Centers that began as the “Global War on Terror” was beginning to help identify “suspicious Americans.”

The ruling by the appeals court says that authorities can consider American citizens suspicious for activities such as taking photos of public art, purchasing a computer, and even engaging in the practice of religion.

Courthouse News Service reported in July 2014 that five men from California filed suit against the Justice Department because they claimed they were put into a counterterrorism database for picture-taking, buying a computer at a Best Buy retail outletand, for one of them, waiting for his mother at a train station.

The suit was meant to challenge the Suspicious Activity Reports (SARs) generated by DoJ, which are part of the National Suspicious Activity Reporting Initiative, “in which the federal government encourages state and local law enforcement agencies to collect and report information that may be connected to terrorism” the news service reported. (Related: WHISTLE BLOWERS: Obama’s FBI used NSA surveillance as ‘back door’ to SPY on Americans.)

The government’s Deep State is out of control

According to the 9th Circuit appeals court ruling, being put on a SAR list is akin to a government determination that a pharmacy is manufacturing its own drugs.

“The Functional Standard is similar to the Food & Drug Administration’s policy guide at issue in Professionals and Patients for Customized Care. The FDA promulgated a policy utilizing nine factors to help the agency determine whether to initiate an enforcement action against a pharmacy engaged in drug manufacturing,” the ruling said.

The court noted that the though factors assist the FDA in identifying pharmacies that manufacture drugs, any resultant enforcement action is left up to the agency itself. (Related: FDA back-channel allows drug companies to transform common supplements into expensive prescription drugs.)

“Likewise, the Functional Standard aids agencies in determining whether an individual is engaged in suspicious activity, but the final decision to disseminate a SAR rests in the analyst’s discretion,” the appeals court ruled.

The MassPrivatei blog said that means that American citizens, along with family and friends, can be labeled as suspicious persons based solely on a police officer’s whim of the moment or the whims of an official with the Department of Homeland Security.

And while the court did not define or identify any standards authorities must use to make their determination, the blog noted that the appeals court’s ruling shows that police don’t really need a reason at all to put people on suspicious person lists.