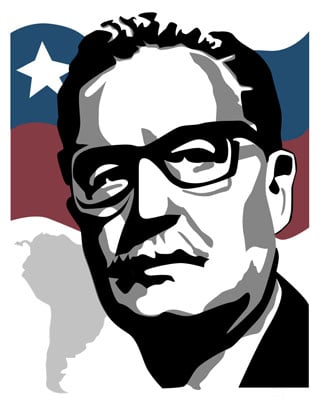 The main objective of the US-supported military coup in Chile was to impose the neoliberal economic agenda. “Regime change” was enforced through a covert military intelligence operation. Sweeping macro-economic reforms (including privatization, price liberalization and the freeze of wages) were implemented in early October 1973.

Barely a few weeks after the military takeover, the military Junta headed by General Augusto Pinochet ordered a hike in the price of bread from 11 to 40 escudos, a hefty overnight increase of 264%. This “economic shock treatment” had been designed by a group of economists called the “Chicago Boys.” “While food prices had skyrocketed, wages had been frozen.  From one day to the next, an entire country had been precipitated into abysmal poverty.

In 1973, I was teaching economics at the Catholic University of Chile. I lived through two of the most brutal US sponsored military coups in Latin America’s history: Chile, September 11, 1973 and less than three years later, Argentina, March 24, 1976 under Operation Condor, which initiated Argentina’s Dirty War: “La Guerra Sucia”.

And today, the Trump administration is threatening to invade Venezuela with a view to “restoring democracy”, replacing an elected president (casually described by the Western media as a “dictator”) by a US proxy, speaker of Venezuela’s National Assembly.

The objective was to replace a progressive, democratically elected government by a brutal military dictatorship.

The military coup was supported by the CIA. Secretary of State Henry Kissinger played a direct role in the military plot.

Is Washington’s ongoing initiative directed against Venezuela modelled on Chile?

In early 1970s, in a note to the CIA in relation to Chile, Henry Kissinger recommended “Make the economy scream.” Visibly the same concept has been applied to Venezuela, with advanced techniques of financial warfare, which were not available in the 1970s.

Today it’s Mike Pompeo and John Bolton who are calling the shots, in tandem with the CIA.

Bolton has gone far beyond the Nixon-Kissinger agenda formulated at the height of the Cold War. Bolton refers to “The Troika of Tyranny”. The US sponsored coup against Venezuela is also directed against Cuba. And from Washington’s standpoint “after Venezuela, Cuba is next”.

“The troika of tyranny in this hemisphere—Cuba, Venezuela and Nicaragua—has finally met its match. In Venezuela, the United States is acting against the dictator Maduro, who uses the same oppressive tactics that have been employed in Cuba for decades.”  (John Bolton)

The model of US intervention against Venezuela nonetheless bears some striking similarities with Chile 1973:

The US sponsored Pinochet dictatorship prevailed during a period of 16 years. During this period, there was no initiative on the part of the US to call for the replacement of the dictatorship by a duly elected government.

In 1989, elections were held and parliamentary democracy was restored. Continuity prevails. Patricio Aylwin of the Christian Democratic Party (DC) who was elected president in 1989 had endorsed a “military solution” in 1973. He was largely instrumental in the breakdown of the “Dialogue” between the Unidad Popular government and the Christian Democrats (DC). In August 1973, Patricio Aylwin provided a Green Light to the Chilean Armed Forces led by Augusto Pinochet on behalf of the DC.

The following texts shed light on the Chilean Coup d’Etat. The first text first published in 2003 serves as an introduction to the text I wrote in Chile in the month following the September 11 1973 military coup, which describes the chronology of the 1973 military coup.

Chile, September 11, 1973: The Ingredients of a Military Coup. The Imposition of a Neoliberal Agenda,

The Ingredients of a Military Coup

Today our thoughts are with the people of Venezuela.

Chile, September 11, 1973: The Ingredients of a Military Coup. The Imposition of a Neoliberal Agenda

In the weeks leading up the 1973 coup, US Ambassador Nathaniel Davis and members of the CIA held meetings with Chile’s top military brass together with the leaders of the National Party and the ultra-right nationalist front Patria y Libertad.  While the undercover role of the Nixon administration is amply documented,  what is rarely mentioned in media reports is the fact that the military coup was also supported by a sector of the Christian Democratic Party. 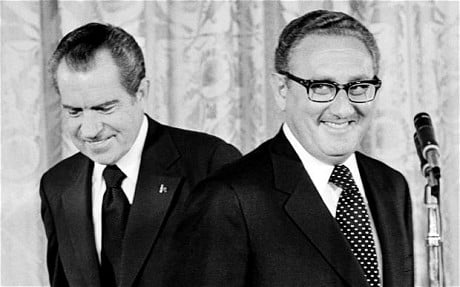 Patricio Aylwin, who became Chile’s president in 1989,  became head of the DC party in the months leading up to the September 1973 military coup (March through September 1973). Aylwin was largely instrumental in the break down of the “Dialogue” between the Unidad Popular government and the Christian Democrats. His predecessor Renan Fuentealba, who represented the moderate wing of the Christian Democratic (PDC), was firmly against military intervention. Fuentealba favored a dialogue with Allende (la salida democratica). He was displaced from the leadership of the Party in May 1973 in favor of Patricio Aylwin.

The DC Party was split down the middle, between those who favored “the salida democratica”, and the dominant Aylwin-Frei faction, which favored “a military solution”.

On 23 August 1973, the Chilean Camera de Diputados drafted a motion,  to the effect that the Allende government “sought to impose a totalitarian regime”. Patricio Aylwin was a member of the drafting team of this motion. Patricio Aylwin believed that a temporary military dictatorship was “the lesser of two evils.”

This motion was adopted almost unanimously by the opposition parties, including the DC, the Partido Nacional and the PIR (Radical Left).

The leadership of the Christian Democratic Party including former Chilean president Eduardo Frei,had given a green light to the Military.

And continuity in the “Chilean Model” heralded as “economic success story” was ensured when, 16 years later, Patricio Aylwin was elected president of Chile in the so-called transition to democracy in 1989. 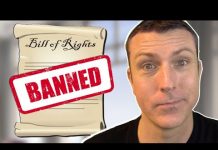