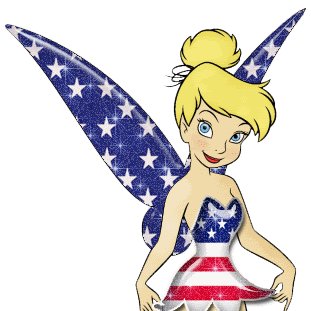 For some time, it’s been apparent that the former “free world” countries (the US, EU, Canada, Australia, Japan, etc.) have been on a downward progression – socially, politically and economically.

But, in the last ten years, the awareness of this has become increasingly pronounced. With each successive year, more and more people recognise that all facets of life in these formerly great countries are heading in a decidedly negative direction.

At this point, even those who don’t understand the decline intellectually, feel in their gut that this is not going to end well. Further, they feel it all around them and sense that when the condition becomes critical, it won’t just affect others. When it reaches the crisis stage, they’ll find it right on their own doorstep.

The average person in each of these jurisdictions already no longer trusts either the media, big business or the government and feels that, somehow, they’re all in this together and that they, the electorate, will be the ones who will be the ultimate victims.

So, is this a question of “collective imagination” gone haywire?

Not at all, I’m afraid. Their instincts are quite correct. Governments and big business alike have sold out the populace, regarding them as mere fodder in their pursuit of increased power and wealth. Governments in the former “Free World” have for decades become increasingly collectivist, promising ever-greater largesse to the hoi polloi, and the majority of voters, sad to say, have eaten it up.

Yet, as the electorate becomes more worried, they don’t ask the government to go into reverse and stop the economically illogical largesse. Quite the opposite. As their fears grow, they demand morelargesse.

And so, it shouldn’t be surprising that, as we get closer to the collapse of this house of cards, new candidates arrive on the scene, offering to take entitlements to Never-never land, promising universal free health care, free education through university and a guaranteed income without the need to earn it in any way.

Of course, when this happens, those who understand that 2 + 2 = 4, not 8 or 12, recognize that any government that attempts to deliver on such promises will cause the collapse of the system – not just the economic system, but also the social and political systems.

And, so those people who do understand that the numbers simply won’t work, ask themselves where it will all end. Typically they wring their hands, aware that their concern is the minority view. They recognize that they can no longer discuss their concerns freely, as their country is moving in the opposite direction – embracing the new, empty promises, with ever-more determination.

They search around for some form of hope and, in the majority of cases, whether they like to admit it to themselves or not, their hopes fix on the Freedom Fairy.

They vainly hope that somehow, the average voter will “wake up,” or that sitting politicians will come before the press to reverse the stance that they’ve always maintained – that big government will provide for all.

Unfortunately, that’s a vain hope, isn’t it? Deep in our hearts, we know that sitting politicians are not going to collectively say, “Whoops, we goofed. We’re sending the country into ruin. We’re going to downsize the government, introduce a free market system and then resign and get out of the way.”

Since that won’t happen, the only hope is that a Freedom Fairy will come along – someone who has never held public office before, who says, “You know what? I’m going to buck the system. If I’m elected, I’m just going to jolly well tell Congress that they’re to stop all this collectivist nonsense, stop borrowing money, and turn their backs on all the corrupt deals they’ve made over their political lives.”

Yet, as obvious as it should be that no Freedom Fairy is going to come along, let alone succeed, with each successive election cycle, the more “enlightened” portion of the electorate start to imagine, “Maybe this time it will be different. Maybe we can turn this thing around.”

And, there, in that last sentence, is the key word as to the futility of this wishful thinking – the word, ‘we.’

It seems to be human nature to imagine that if a group of us – maybe even a large group – believe that something is a good idea, it will somehow happen.

Worse, the ‘we’ suggests that the person in question actually believes that his vote has some sort of significance.

As Mark Twain famously said, “If voting made any difference, they wouldn’t let us do it.”

In good times, the electorate gets to vote for the lesser of two evils. In the end, whichever one wins, the running of the country remains as previously planned. There may be changes in the style of the leader, but the same playbook is followed, just as before.