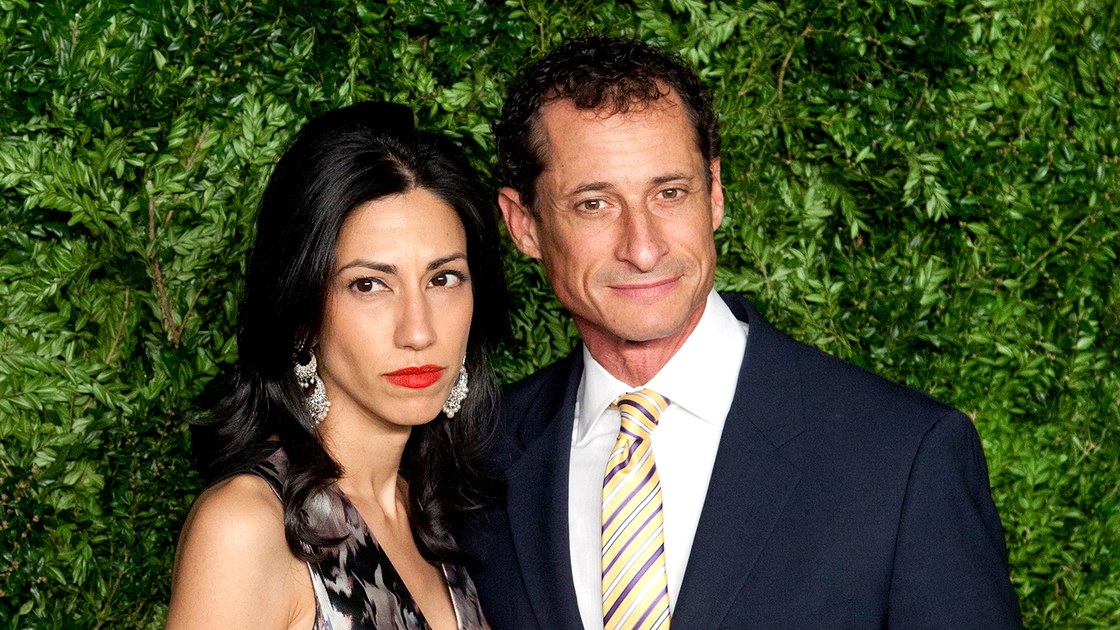 There are many threats to the continued freedom of Hillary Clinton and other Deep State operatives. El Chapo, Anthony Weiner and Huma Abedin are among these threats. Anthony Weiner has been released from Federal prison after serving 21 months for sexting pictures of private parts to a teenage female. Weiner might be free, however, he could be the poster child for “dead man walking”. Weiner has evidence that implicates Hillary Clinton from everything from child-sex-trafficking to her part in the creation of ISIS. A2s Paul Preston and I have alleged for over two years, Hillary and friends have been making money at the border in illicit activities tied to cartels and terrorists and the entire story is about to come out.

Obviously, President Trump knows this as well and this explains why he is using civilian asset forfeiture against cartel interests at the border as he announced an all-out war against cartel business interests, particularly sex-trafficking.

I am stunned that former Congressman and convicted sexual deviant, Anthony Weiner came out of prison alive. I firmly believe that the only reason that Weiner came out of prison alive was because of the murder of Boston crime lord, Whitey Bolger. Bolger was Robert Mueller’s confidential informant (CI) as Mueller professionally benefited from the intel provided by Bolger. However, Bolger was still stealing, dealing and murdering as he was protected from prosecution by Mueller. Mueller used this information to eventually rise to the become the FBI Director. To cover his tracks, Bolger was eventually arrested and convicted. He mysteriously died in prison this past year in a “dead men tell no tales” event while in solitary confinement in prison. Bolger’s use as a CI could potentially send Mueller to prison as an accessory to many of Bolger’s crimes. With many Independent Media eyes on the Bolger murder, Weiner received a temporary reprieve because too many questions would be asked if he were to mysteriously die in prison.

After reading this article, most patriots will agree that President Trump should immediately move to protect Weiner and his former wife, Huma Abedin as material witnesses in regard to criminal charges that could easily be brought against Hillary Clinton.

Huma Abein and Anthony Weiner are in grave danger and every moment that they walk freely is another day that puts Hillary Clinton at risk.

Alisha Sherron may be the most censored author on the planet. I cited her when she reported on the complicity of Anthony Weiner’s laptop and the link is now dead. She also released a list of over 600 names listed on Weiner’s laptop and the criminal implications for this group are stunning. Sherron was again the victim of a dead link. Now, she has republished the same 600+ names and link, for the time being, is active.

Former congressman Anthony Weiner’s old haunts are coming back into the spotlight once again after he was arrested and sentenced to 21 months in prison for sexting a minor. A list recently released to the public contains information on all of Anthony Weiner’s contacts; names, addresses, work, and so forth. The kicker? All of this information was released straight from Weiner’s laptop, which is currently being held under evidence by the FBI.

As an aside, one of my informants told me that this was coming last summer, I am surprised that it took this long. Further, and running contrary to what some have speculated, the doxing of this list from Weiner’s computer is not just from one FBI agent. This is a concentrated effort by several FBI agents who are loyal to upholding rule of law in this country.

The implication for members of this list are stunning. The DOJ now has a clear choice. They can start plucking names from this list and implicate them in appropriate sexual contact with minors and aiding and abetting a criminal enterprise in the form of child sex trafficking. The new Attorney General can then begin to acquire individuals who will turn state’s evidence against the bigger fish. And right now, the biggest fish is Hillary Clinton. The roster of participants on this list are impressive, it even includes a few Rothschilds’. So, we are clearly talking about hitting the mother load in terms of major players. When Deep State convert, Jeff Sessions, busted sex trafficking rings, he never arrested anyone over the age of 30. In other words, he only busted the street level operatives. The Weiner list represents the who’s who in sex trafficking perversion. I don’t expect Sherron’s list to be up long, so you may wish to act on the link while it still exists so one can see how impressive this list actually is.

Among others who have had their private information leaked from Weiner’s FBI controlled laptop are John Podesta, Al Gore, former Virginia Gov. Terry MacAuliffe, Hillary Clinton, George Soros and Tamer Luzzato. Luzatto’s name appearing in this list is particularly telling as Sherron notes:

…who previously wrote disturbing emails to John Podesta and operated a website where she solicited children in many inappropriate ways. From hot time with adults for “entertainment purposes” to just being an all-around creep, it’s no surprise that someone like Anthony Weiner would associate themselves with a known pedophile….

Please note, that many times during the so-called “Pizza-Gate scandal”, I revealed that an FBI source had revealed to me that Weiner’s laptop was connected to child-sex-trafficking and this conspiracy would eventually come back to roost on Clinton’s head. The Sherron article validates this claim made nearly three years ago before being scrubbed.

Along the lines of child-sex-trafficking, the Soros connection with the Weiner laptop connects the dots. The fact that George Soros’s name appears on this site is no accident either with regard to crimes against children. In several articles, I have previously documented the financial relationship which exists between Soros and NAMBLA. For those that may not know, NAMBLA stands for the North American Love Boy Association whose banner phrase is “Sex before eight or its too late”. The first connection between Soros and NAMBLA appeared in print in 2010. It is a fact that Soros has donated millions to NAMBLA.

On Top of Child-Sex-Trafficking We Have Treason

Previously, I published a prediction from an FBI source that Weiner and former top aid to Hillary Clinton, Weiner’s wife, Huma Abedin, would be forced to turn state’s evidence.

…Top Clinton aide, Huma Abedin, and Anthony Weiner are under intense scrutiny from the Attorney General’s office. At the center of the controversy is the delicate subject of child-sex-trafficking….Abedin are next on the investigative trail. Most likely, their lives are in danger. The sources that I speak with say federal protection is in order and immunity is in order if they are willing to turn state’s evidence in what could be the biggest scandal in American political history….

…Very soon, we may find out what Weiner hid on his computer as a deadan’s switch.

This story knows no end. Huma Abedin has documented ties to the world’s biggest terrorist organization, The Muslim Brotherhood.