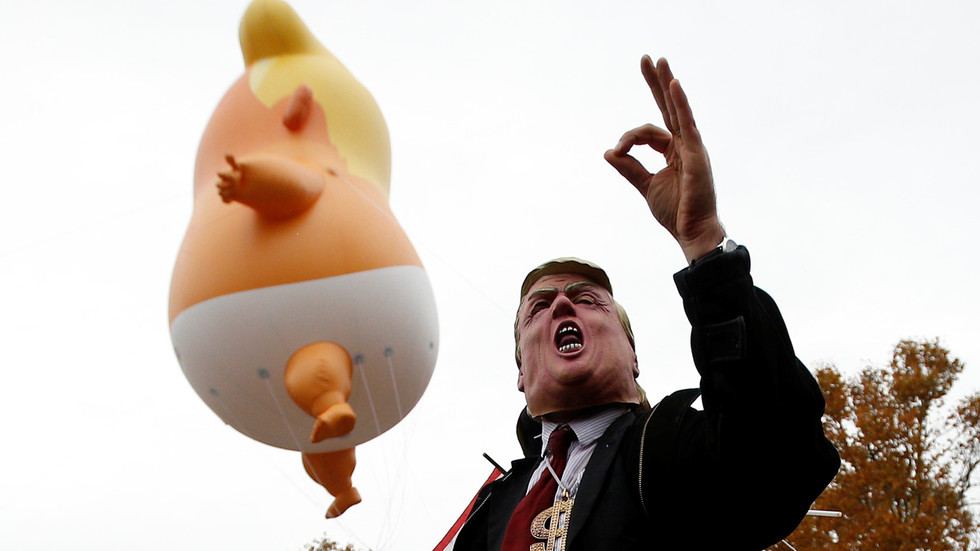 US President Donald Trump praised media nemesis MSNBC for airing a report on the results of the Senate Intel Committee investigation which found no evidence of collusion between his campaign and Russia during the election.

The president tweeted a clip of Ken Dilanian reporting that both Democratic and Republican senators agreed no direct evidence of dreaded “Russian collusion” had turned up during the two-year investigation.

Thank you to @MSNBC! pic.twitter.com/VdRnirACAz

Perhaps unsurprisingly, however, Democrats and Republicans disagreed on what the absence of direct evidence of collusion meant. Sen. Richard Burr (R-NC), chairman of the committee, was ready to put the theory to bed, telling CBS on Thursday that “based on the facts that we have, then we don’t have anything that would suggest there was collusion by the Trump campaign and Russia.”

On Tuesday, Burr confirmed his statement to NBC: “There is no factual evidence of collusion between the Trump campaign and Russia.”

Democrats weren’t ready to give up the collusion narrative quite yet, with ranking member Sen. Mark Warner (D-VA) telling reporters on Tuesday that “there’s never been a campaign in American history… that people affiliated with the campaign had as many ties with Russia as the Trump campaign did,” declining to share how many other campaigns he has spent two years investigating.

Others went further, with one anonymous aide dismissing the investigation – which involved interviews with 200 witnesses – as a waste of time, because “we were never going to find a contract signed in blood saying, ‘Hey Vlad, we’re going to collude.'”

Others disputed the NBC report entirely. After it aired, Sen. Warner told Mother Jones that the committee was actually “far from completing its probe.”

The actual committee report has yet to be published, and Democratic investigators say it will be another six months before it is complete. Meanwhile, anti-Trump ‘Resistance‘ Twitter is clinging tighter than ever to the Mueller probe, as that too begins to wind down.