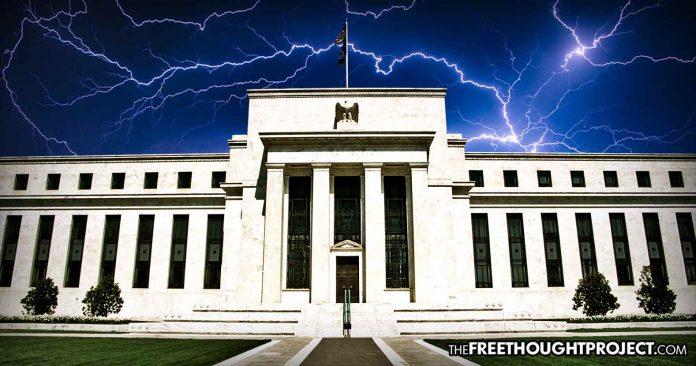 Lawmakers have proposed a bill that will directly undermine the Federal Reserve’s monopoly on money by treating gold and silver as legal tender.

NASHVILLE, Tenn. (TAC) – Bills introduced in the Tennessee legislature would define gold and silver specie as legal tender and eliminate sales taxes levied on it. Passage of these bills would pave the way for Tennessee residents to use gold and silver in everyday transactions, a foundational step for the people to undermine the Federal Reserve’s monopoly on money.

Sen. Steve Southerland (R-Morristown) introduced Senate Bill 978 (SB978) on Feb. 6. Rep. Rick Eldridge (R-Morristown) introduced the House companion bill (HB1323) the same day. Titled the Tennessee Legal Tender Act, the legislation would make gold and silver legal tender in the state, meaning it would be recognized as a medium of exchange for the payment of debts and taxes. Practically speaking, gold and silver specie would be treated as money, putting it on par with Federal Reserve notes in Tennessee.

Specie legal tender would be defined as:

(1) Specie coin issued by the United States government at any time; and
(2) Any other specie that a court of competent jurisdiction, by final and unappealable order, rules to be within state authority to make or designate as legal tender.

By allowing the court to designate additional specie to be used as legal tender, Tennessee could free its citizens from potential supply constraints imposed by the use of only United States minted gold and silver coin. More importantly, the people of the state of Tennessee would be able to define what specie is considered constitutional tender, further distancing themselves from potential control of their competing currency by Washington D.C.

SB978/HB1323 would also repeal the state sales tax on gold or silver specie.

With the passage of SB978/HB1323, Tennesse would take a step toward treating gold and silver specie as money instead of a commodity. As Sound Money Defense League Policy Director Jp Cortez testified during a committee hearing on a similar bill in Wyoming last year, charging taxes on money itself is beyond the pale.

“In effect, states that collect taxes on purchases of precious metals are inherently saying gold and silver are not money at all.”

Imagine if you asked a grocery clerk to break a $5 bill and he charged you a 35 cent tax. Silly, right? After all, you were only exchanging one form of money for another. But that’s essentially what Tennessee’s sales tax on gold and silver bullion does. By removing the sales tax on the exchange of gold and silver, Tennessee would treat specie as money instead of a commodity. This represents a small step toward reestablishing gold and silver as legal tender and breaking down the Fed’s monopoly on money.

We ought not to tax money – and that’s a good idea. It makes no sense to tax money,” former U.S. Rep. Ron Paul said during testimony in support an Arizona bill that repealed capital gains taxes on gold and silver in that state. “Paper is not money, it’s fraud,” he continued.

The proposed law’s impact would go beyond mere tax policy. During an event after his Senate committee testimony, Paul pointed out that it’s really about the size and scope of government.

Practically speaking, officially making gold and silver specie legal tender and eliminating taxes on the sale of gold and silver would crack open the door for people to begin using specie in regular business transactions. This would mark an important small step toward currency competition. If sound money gains a foothold in the marketplace against Federal Reserve notes, the people will be able to choose the time-tested stability of gold and silver over the central bank’s rapidly-depreciating paper currency.

In 2011, Utah became the first state in over 80 years to pass a law making gold and silver coin legal tender. The following year, the legislature followed up, approving a bill clarifying several tax measures and more importantly, expanding the definition of specie to include gold and silver coin approved by the state. With the law in place, United Precious Metals Association (UPMA) opened a “gold bank” that offers publicly available accounts denominated in gold and silver dollars in Utah. According to the UPMA, in the past year, it has grown 700 percent in assets under management and made up 2 percent of the market for U.S gold and silver coins. Account holders can make everyday transactions using their accounts through a debit card system.

Senator Menendez: “3.3 Million Small Businesses Have Closed” and “1.1 Million Local and State Employees Have Lost their Jobs” as a Result of Pandemic