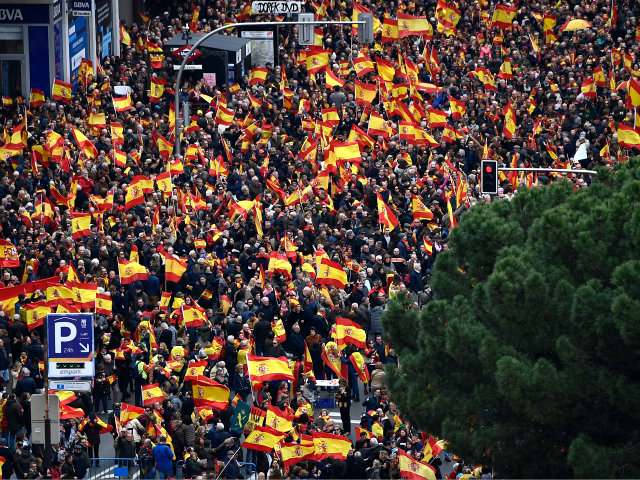 MADRID (AP) – Thousands of Spaniards in Madrid are joining a rally called by right-wing political parties to demand that Socialist Prime Minister Pedro Sanchez step down.

The conservative opposition Popular Party and the centre-right Citizens party organized Sunday’s rally, which was also backed by the far-right Vox party. They claim that Sanchez must resign for holding talks with separatists in the north-eastern region of Catalonia.

Sanchez’s government broke off negotiations with the Catalan separatists on Friday, when Vice President Carmen Calvo said the separatists wouldn’t budge from their demand for an independence referendum.

The political tensions come as a highly-sensitive trial at Spain’s Supreme Court starts on Tuesday for 12 leaders of the Catalan separatists, who face charges including rebellion for their roles in a failed secession attempt in 2017.

EU Endorses Police Brutality in Catalonia as ‘Proportionate Use of Force’https://t.co/IOT9NxorBg

The Right to Own a Gun Isn’t Just for Americans