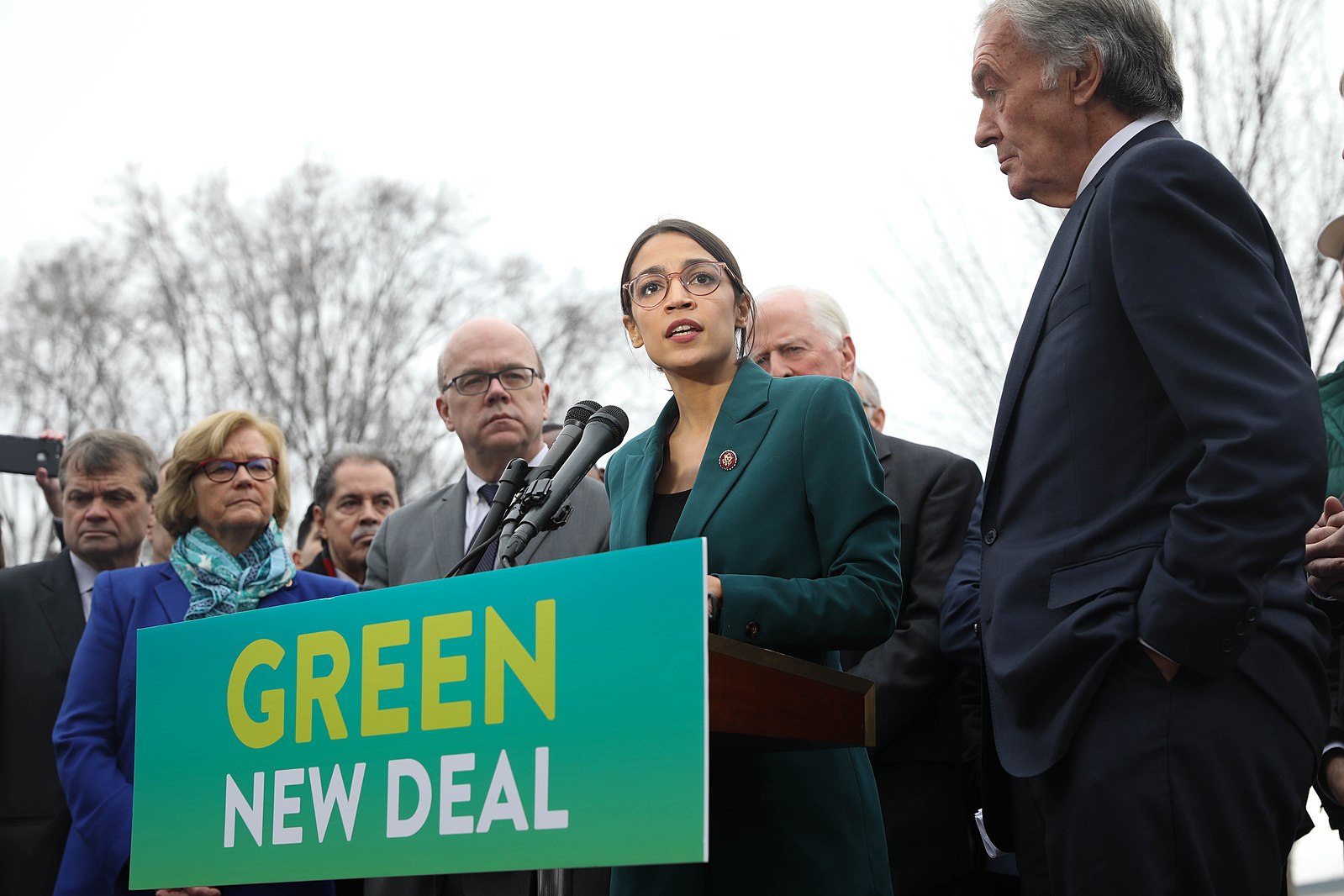 The meteoric rise of Alexandria Ocasio-Cortez and other young progressive politicians has led many to believe that the American public must be warming up to socialism.  But what if that isn’t true at all?  Certainly there is a certain segment of the population that absolutely embraces the message that AOC, Bernie Sanders, Elizabeth Warren and other socialists are preaching, but could it be possible that the American people as a whole are actually moving in the opposite direction?  According to a shocking Fox News poll that just came out, the percentage of Americans that want the government to leave them alone is going up, and the percentage of Americans that want the government to lend them a hand is going down…

You would think that these numbers should be very encouraging for President Trump and the Republican Party, because traditionally the idea of “limited government” has been central to the conservative message in this country.

Fifty-seven percent of voters have a positive opinion of capitalism. That’s more than twice the number who feel the same about socialism (25 percent). Some of the groups most likely to have a favorable view of socialism include self-identified liberals (50 percent), Clinton voters (43 percent), and those under age 30 (36 percent).

When they broke the numbers down by political party, they found that 72 percent of Republicans had a favorable view of capitalism but only 47 percent of Democrats did.

These poll results could be troublesome news for the Democratic Party in 2020.  Most of the leading contenders are espousing radical socialist ideas, and these numbers would seem to indicate that those ideas are out of touch with mainstream America.

And while AOC and other young progressive Democrats seem intent on pushing the party to the left, many in the party are deeply concerned about the implications that this could have for the next election…

A new generation of Democrats is using far-reaching policy ideas and a brash social media presence to upend the party – pushing it to the left on divisive issues such as health care and climate change while it charts a path aimed at taking the White House in 2020.

But the liberal shift, and the lawmakers driving it, are also creating challenges for Democrats in more-conservative areas, and they are giving President Donald Trump and congressional Republicans fresh opportunities for political attacks. The GOP has been particularly focused in recent days on hammering Democrats over draft details of a broad “Green New Deal” proposal, even if most Democrats have not directly endorsed the fine print.

Of course the “Green New Deal” doesn’t have a prayer of getting through Congress any time soon, but while everyone is paying so much attention to that, a 1,000 page bill that contains about a trillion dollars in spending that nobody in Congress has even read is about to be passed by the U.S. House of Representatives.

Do you remember long ago when Nancy Pelosi said that we had to pass Obamacare to find out what was in it?

Well, she is up to her old tricks once again.

The House is going to vote on the government appropriations bill on Thursday evening, and late on Wednesday it was being reported that nobody in Congress had seen the text of the bill yet…

Republican Study Chairman Mike Johnson also confirmed that “as of lunch on Wednesday, members of the RSC, and to our knowledge, even members of the conference committee, had not seen the text.”

“It has been reported that [House Majority Leader Steny] Hoyer has said if the bill is dropped today we will consider it tomorrow. This is reminiscent of the, ‘you must pass it to find out what is in it,’ Obamacare debacle,” Johnson said to TheDCNF. “This bill is expected to be well over 1,000 pages, and we will potentially have less than 24 hours to digest it. This is absurd.”

This is yet another example that shows why the American people are so disgusted with Washington.  We have a system that is deeply broken, and we desperately need change.

Even some members of Congress are astounded by the utter absurdity of voting on a 1,000 page bill without even getting to read it…

“When one bemoans the swamp, look no further than spending a trillion dollars and jamming through legislation when none of us have even seen it,”Republican Texas Rep. Chip Roy told TheDCNF. “We should be a no on such incompetence even if it weren’t perpetuating drunken spending and failing to actually secure the border.”

“Pelosi and the Democrats promised a full 72 hours to review legislation,” a senior conservative congressional aide told The Daily Caller News Foundation. “But now we’re voting on a massive, probably thousands-page long conference report tomorrow and we haven’t even seen text the day before? This is worse than under Speaker Ryan.”

Earlier this week, the fact that the national debt just surpassed the 22 trillion dollar mark was the top headline on the Drudge Report.  But even though this legislation will make our debt problems even worse, it will be widely supported by both Republicans and Democrats because that is what the leadership of both parties is telling them to do.