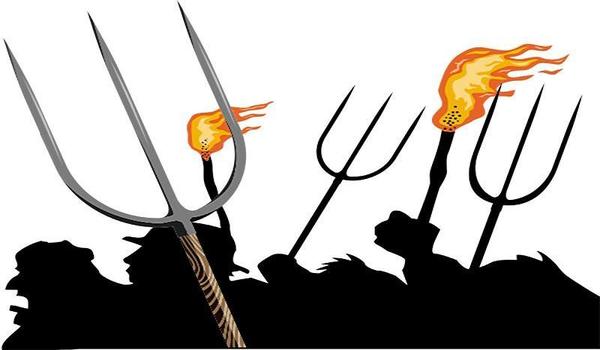 While globalist kingpin George Soros was busy penning this new story over at Market Watch warning that Europe may be on the cusp of a nightmare with nothing less than a populist revolt spreading from France to the European Union with yellow vests the new ‘revolution‘ fashion statement of 2019, we see in this new story from Daniel Taylor over at Old Thinker News what often happens to people opposed to globalism with the chairman of the ‘Proud Boys‘, Enrique Tarrio, having Chase Bank abruptly ban him from using their banking services as Zero Hedge reported in this February 9th story.

While once upon a time in what now seems like an America of long ago, businesses were devoid of playing politics, happily accepting money from practically anybody who’d use their services, the outright ‘blackballing‘ of Conservatives by institutions such as Chase Bank shows the new way of politics in 2019 going forward. And with ‘Proud Boy‘ Tarrio a mixed black-Cuban American rather than a white American blowing the mainstream media’s narrative of the ‘Proud Boys‘ being a racist organization all to smithereens, we see instead a concerted effort by the mainstream media, big tech, big business and politicians on the left and the right to demonize anybody opposed to globalism and the globalist agenda.

Seen also in youtube’s new censorship policy which will see them no longer recommending videos which differ from the globalists desired narrative as well as this new story over at Natural News which reports Apple has threatened to ban their APP if they continue to write about abortions or satanism within the Democratic party, as Susan Duclos recently reported on ANP, we are truly in an existential war with the globalists seeking to silence all pro-America, pro-God, pro-life voices.

So let’s take a brief look at George Soros’ story first and take a peak inside of the mind of the man who has been financing so many of the different globalist projects and as we see in the first sentence of his story, Soros is freaking out as much about the potential of Europe ‘sleepwalking into oblivion‘ as many Americans were about the chance of globalism taking down America.

With the ‘yellow vest revolution‘ taking France and large parts of Europe by storm, Soros sees it for what it is and even claims we’re going through a ‘revolutionary moment‘ as ANP has also previously reported. Yet according to Soros, most of the leaders in Europe and the pro-European people don’t see what’s happening before their eyes. From Soros.:

Europe is sleepwalking into oblivion, and the people of Europe need to wake up before it is too late. If they don’t, the European Union will go the way of the Soviet Union in 1991.

Neither our leaders nor ordinary citizens seem to understand that we are experiencing a revolutionary moment, that the range of possibilities is very broad, and that the eventual outcome is thus highly uncertain.

Soros then goes on to outline several major European country’s and the impediments to globalism each face there as well as looking at the potential ‘inflection points‘ in the coming year while warning of the ‘enemies‘ to Europe and what Europe must do to ‘save itself‘.

The first step to defending Europe from its enemies, both internal and external, is to recognize the magnitude of the threat they present.

The second is to awaken the sleeping pro-European majority and mobilize it to defend the values on which the EU was founded.

Otherwise, the dream of a united Europe could become the nightmare of the 21st century. 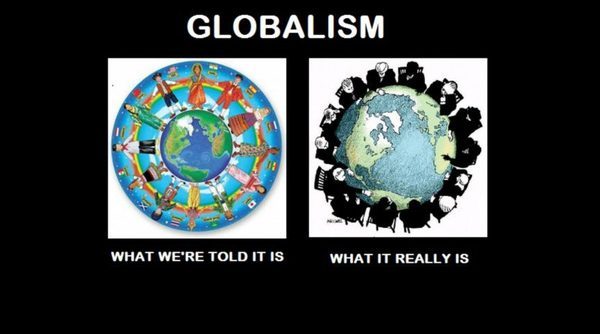 So I’ll admit it. I long ago fell for what was sold to me as ‘globalism‘, what I soon after realized was an unattainable ‘utopia‘ akin to the green new deal being spouted by Alexandria Octavio-Cortez. Falling for the dream of ‘world peace‘, it didn’t take long to realize that ‘globalism‘ was a totally different beast than what I had been sold and it’s clear as day that most of the people who are buying into globalism in 2019 have no idea what-so-ever about what they are buying into.

With 5.6 million commercial buildings ALONE in the US in 2012  comprising more than 87 billion square feet of floorspace giving us just a small sample of buildings in America that would need to be rebuilt under the great green revolution, that’s not even to mention the Pentagon, “the largest office building in the world with over 603,869m² of total floor – three times the size of the floor space of the Empire State Building in New York“. So just imagine how much time and money such an effort would require to complete within only 10 years!

As President Trump himself wisely pointed out in this tweet, even if the US went totally car-free, plane-free, cow-flatulence-free and military-free within 10 years, who will be holding other nations accountable for doing the same thing? Even if the US accomplished all of that within 10 years, what gains will be made if every other nation refuses to go along with AOC’s ‘eliminate-all-cow-flatulence‘ program?