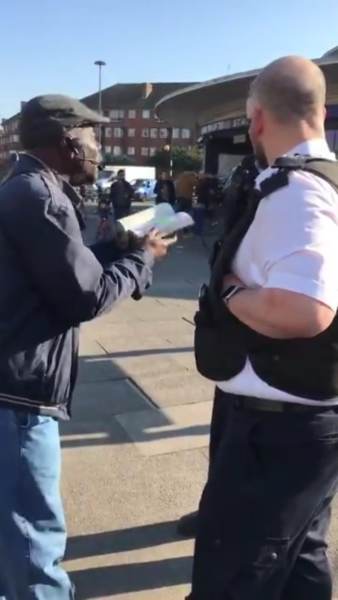 Video from London shows a black street preacher being arrested for breach of the peace for telling passersby that “Jesus is on the way.” The video was posted to Twitter Saturday by the London based Eye on Antisemitism which said they filmed the arrest Saturday afternoon outside Southgate station. The group noted police told him he was accused of Islamophobia, which is not seen on the video, and accused him of being racist, which is on the video.

The preacher, a black man who is reportedly Nigerian, is seen being confronted by police who order him to leave. The man, who is holding a Bible, tells the two officers he will not leave as people must know that “Jesus is on the way.” One of the officers tells the man, “nobody wants to listen to that, they want you to go away.” The preacher tells the officer, “You will listen when you’re dead.” 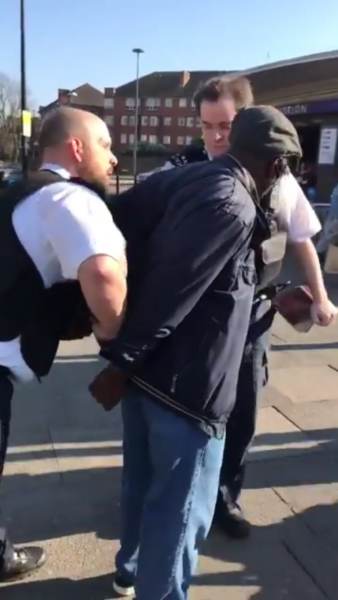 The officer moves to handcuff the man while the other officer rips the Bible from the preacher’s hand. When the preacher pleads, “Do not take my Bible,” the officer tells him, “You should have thought of that before being racist.”

A Christian preacher this afternoon was arrested at Southgate station London N14 for preaching about Jesus . @CConcern the police told him it’s because public had said he was being islamophobic . We have the full video and wondered when preaching was now illegal ? @Campaign4T pic.twitter.com/ZxC1DhlZCf 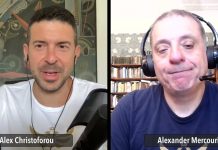