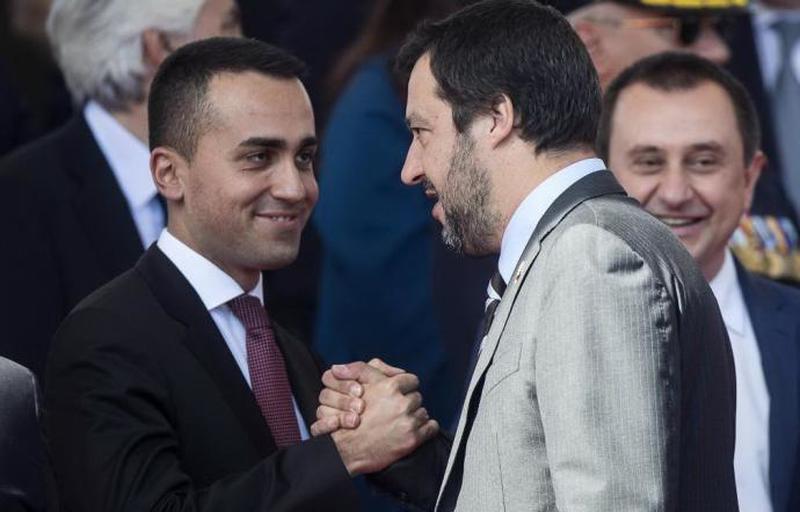 On Friday, in a moment of predictive insight, Bank of America correctly warned that the greatest threat to EPS – i.e., markets – in the next 3 years “is an acceleration of global populism via taxation, regulation & government intervention.” Just one day later, this warning to the financial establishment was starkly manifest in that ground zero for Europe’s populist revolt, Italy, where the country’s coalition government hinted at where the global populist wave is headed next when he slammed the country’s central bank leadership and stock market regulator, escalating its attacks on establishment figures ahead of the European parliamentary vote in May.

Matteo Salvini, the outspoken head of the anti-immigrant League party, said the Bank of Italy and Consob, the country’s stock market regulator, should be “reduced to zero, more than changing one or two people, reduced to zero”, or in other words eliminated, and that “fraudsters” who inflicted losses on Italian savers should “end up in prison for a long time.”

As the FT notes, this latest broadside against Italy’s financial establishment comes as the two parties which are increasingly at odds with each other amid speculation Salvini may hold elections to become the sole leader of Italy, prepare to run against each other in the European parliamentary elections in May, a contest widely seen as a proxy for national polls. Meanwhile, both leaders have also increased their attacks against targets including the EU and French president Emmanuel Macron.

Confirming the rising animosity between the two coalition partners, the League and Five Star have openly squabbled over the future of an Alpine rail line and migration, while the two leaders’ repeated attacks against France which culminated with Di Maio meeting the leaders of the anti-Macron Yellow Vest moment, triggered a diplomatic crisis which last week saw Paris recall its ambassador from Rome. 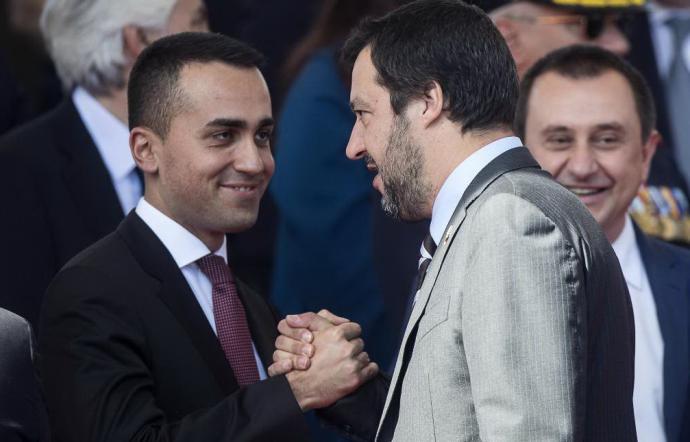 Saturday’s latest verbal crackdown targeting of the Bank of Italy comes after central bankers issued more pessimistic economic growth forecasts for this year compared with the numbers underpinning the government’s budget. As we reported last month, Italy entered into a technical recession in the second half of 2018, with the Bank of Italy cutting its GDP forecast for 2019 to 0.6% compared with a 1% forecast made by the government. At the same time, the European Commission slashed Italy’s GDP forecast from 1.2% to a borderline recessionary 0.2% for the full year, hinting that Italy’s budget deficit forecast will not only be missed, but could re-emerge as a focal point of renewed tensions between Rome and Brussels in the coming months.

Meanwhile, ECB head Mario Draghi, an Italian and former former governor of the Bank of Italy, last year warned that central bank independence was under threat by populist governments, while not making a direct reference to Italy. Should Salvini cement his de facto Italian leadership in upcoming elections, it would make life for the local central bank especially complicated.

Separately, Di Maio and other Five Star ministers said they want to block Luigi Federico Signorini, the deputy director-general of the Bank of Italy, from renewing his term, according to La Repubblica. The newspaper reported that the Italian cabinet was divided on the issue.