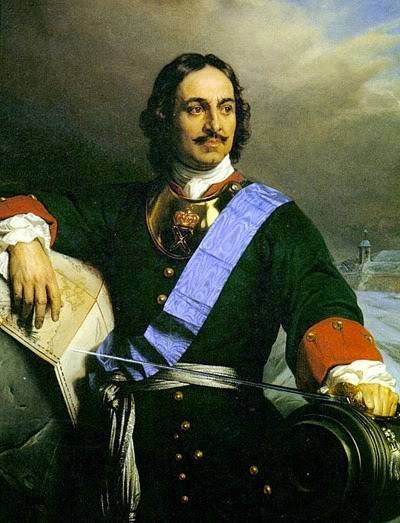 Three almost uninterrupted centuries of Russian self-comparison, self-assessment, self-identification with the West and ever deeper involvement in the intra-Western geopolitical and imperial competition have come to an end. Harsh lessons Russians have drawn from its three centuries of intimate interaction with the West — its Occidental Era — were reinforced by the post-Cold War failure to create a ‘common European home’ from Vancouver to Vladivostok, leading to the conclusion that Russia had betrayed the meaning of its national seal – the double-headed eagle looking both west and east. Although Russia still references the West as a competitor as well as standard in some respects, Vladimir Putin’s Russia now rejects the post-modernist West and its neo-imperial civilizational, indeed, ‘civilizationalist’ ambitions in Russia’s neighborhood. Instead of seeking to be part of the West or defeat the Western geopolitical paradigm, it seeks along with China and, in some respects, India and several more regional powers in building an alternative global civilization to that in the post-modern West.

Ever since Peter the Great cut his ‘window on Europe’ along the White Sea in 1703, Russia, with fits and starts, has been on a journey defined by, headed towards, and often driven by the West. Peter’s great, yet often culturally superficial and largely technical reforms set Russia off on its Western journey. Peter literally forced Russia to model itself on Europe and measure itself in European terms. This remained true whether Russia’s relations with the West were in a condition of comity and cooperation or were competitive, even conflictive. In other words, first Europe and then the larger West became Russia’s ‘significant Other’, which Russia constantly referenced. The Petrine reforms and the century of Russia’s Western-defined Enlightenment that followed consolidated Russia’s referencing its European Other. Moreover, by Empress Elizabeth’s reign (1740-1762) the Russian court and aristocracy viewed themselves as Europeans. From Peter the Great forward, Russia also oriented its foreign affairs on Europe, continuously shifting in its alliances between competing European powers in accordance with the structural and geographical vicissitudes of European geopolitics, Russian interests, and her domestic needs and inclinations in any given period under any given emperor or empress.

Russia’s turn West had its costs and benefits. Most of the latter affected Russia’s domestically. From Peter the Great’s reforms, Russian development and modernization was most often driven by an influx of cultural, economic, social, and political innovations developed in Europe.

At the same time, this pattern of externally-borrowed engines of development had its downsides. Peter’s forced, brutal, and condescending modernization march forged a great divide in Russian society over whether or not Russia should orient itself on the Western model or return to its ancient Slavic traditions violated by Peter. Western ideas and sometime direct political meddling and intervention led to internal conflict, political destabilization, Western-backed palace coups (Elizabeth and Catherine the Great) and even revolution. It was, after all, a Western influence, Marxism, that would produce the worst decades in modern Russian history from 1917-1945. Marxism and its handmaiden Leninism brought revolution, civil war, state terror, and alienation from the Western states that it otherwise could have allied with and thereby prevented or at least contained and then rolled back Nazi Germany’s rise.

No such divide emerged over whether or not Russia should retain Peter’s foreign policy turn to the geopolitical game in the West. Costs for Russia’s entry into the European great game were significant, often exorbitantly so. Reversing the chronological order, its involvement in European alliances led to its entanglement in World War I, which would be the death knell for a Romanov autocracy, which had achieved world-leading economic growth rates and begun the process of transition to a constitutional monarchy and likely soon democracy. The Marxist ideology that came to dominate within the opposition to the autocracy and in the Bolshevik Party that helped to overthrow the Romanovs was of European origin, not Russian. Moreover, the Marxist-influenced revolution and the Leninist coup were facilitated by German support for Russian radicals, most notably the hijackers and ultimate victors of the revolution, Lenin and the Bolsheviks. Half a century earlier, Russia’s stability, albeit coerced under Nicholas I, was breached by Russia’s defeat in the Crimean War at the hands of western Europe’s great powers in alliance with the Ottoman Porte. Another half-century earlier, Russia’s entanglement in European alliances and the beginning of Europe’s first revolutionary wave produced Napoleon Bonaparte’s invasion of Russia. Russia’s defeat of Napoleon, the Russian army’s liberation of Europe from the tyrant of brotherhood, liberty and equality, and Tsar Alexander I’s and Russian forces entry into Paris put St. Petersburg in the driver’s seat of Europe for the first time. Alexander’s vision of a community of constitutional and liberal monarchies failed, but Russia became more deeply embedded in the European great game than ever before. The result was growing European ambitions in southeastern Europe and the Black Sea region and another major European against Russia, indeed world war, over Crimea.

Going back to Russia’s first deep foray into European politics, Peter the Great proposed during his ‘diplomatic mission’ (actually a cultural and technological fact-finding and knowledge-gathering mission) to Holland, Britain, Austria, Poland and elsewhere in 1697 that the European powers unite with Russia in a grand alliance against the Muslim Ottoman Turkish Porte. They rejected this proposal and instead convinced Peter to essentially lead an alliance against Sweden. Thus, Russia entered Europe’s constantly warring and shifting alliance ‘system’ at some risk to its national security but in service of the same great power and imperial ambitions driving Europe’s politics. It is worth noting that well before Peter’s reign, Russia had fallen victim to a Polish-led, Vatican-backed plot to spread Catholicism using an apparently Russian impostor to the throne. At the beginning of the 17 the century, the Poles manned, armed, and financed the initial invasion force of the ‘False Dmitrii’ (likely an impostor impersonating the thought-killed but supposedly saved son of Ivan the Terrible, the tsarevich Dmitrii). Seizing Moscow, he briefly sat on the Russian throne before being killed in a coup, which threw Russian into chaos, famine, and civil war prompting Polish military interventions and an outright invasion before a Russian national insurgency rose in 1612 and expelled the Poles and bandit Cossacks marauding across the country. Decades before this period Russian call the ‘Smuta’ or ‘Time of troubles’, the Polish-Lithuanian Union invaded Russia under Stepan Batory.

If not for the domestic developmental advantages of trade with, and cultural influence from the West, Russia might have been better off concluding before Peter’s turn West that it should borrow from the Chinese the idea of a wall to close the country  off from the western intervention (cultural, political and military), rather than diving headlong into European politics and leaving the country open to one degree or another to cultural, territorial, and military encroachment for centuries to come.

Although many Western and Russian historians are fond of blaming Russia’s non-democratic political culture and imperialist strategic culture for the Bolsheviks’ rise to power, the fact remains that it was Europe’s geopolitics, World War I, European Marxism due to its own decay and deviation from the Enlightenment, and the Germans’ financial and logistical support for Lenin and the Bolsheviks that brought totalitarian and messianic communist imperialism to power in Russia. It is important to not further that Romanov Russia survived its military defeat to Japan a decade earlier and made important democratic concessions to the democratic and socialist oppositions in doing so. This and Russia’s booming economy on World War I’s eve demonstrates, the potential for a democratic transition under the Romanos that would have avoided the Bolshevik catastrophe. Germany’s war machine and machinations with Lenin confounded this trajectory as much if not more than any distinctly Russian factor.

In sum, prior to Russia’s reincarnation as the Soviet Union, Western cultural influence, political influence and intervention, and military invasions constitute a weighty downside for Russia in the historical ledger of its relations with the West.

The Bolsheviks reinforced the worst in Russian political and strategic culture, leading to Stalin’s totalitarian crucifixion of the country and the Cold War. The Soviet regime was a Russian third way between the suspect Western model and the discredited traditional Russian autocratic model. World War II or the Great Patriotic War reinforced Russians’ sense of the Wester threat. Nevertheless, the Soviet project’s failure led to a return to Europe and the West.

Mikhail Gorbachev’s perestroika increasingly referenced Western models and his ‘new political thinking’ in foreign policy produced the end of the Cold War and the vision of a ‘common European home’ extending from Vladivostok to Vancouver.

Unfortunately, Russia’s post-Cold War ‘democratic transition’ and trajectory west were not a predestined outcome. Great focus and work on the part of the West was needed to help assist Russia in breaking the tight bonds of the disastrous Soviet economic, political, cultural, and strategic legacy. By the time of Gorbachev’s rise to power, the hyper-centralized Soviet economy was but a third the size of the U.S. economy and most of the former consisted of military-related production. Huge Western investments were needed to assist the transition to the market, but they never came. Politically, the Soviet system had neutered civil society, never nurtured a culture of compromise, created new ethnonational groups but denied them and pre-Soviet nationalities of the Russian Empire full expression. This not only helped explode the Soviet regime and state but threatened the multinational new Russia, especially in the context of the economic depression that ensued. To this domestic decline can be added the mode of the USSR’s regime transformation, especially in Russia. As a result of the August 1991 failed hardline coup Mikhail Gorbachev’s perestroika and later but belated intent to fashion an imposed transition to democracy and the market under the transition ‘pact’ otherwise known as the Union Treaty was overtaken by Russian President Boris Yeltsin’s civilian bureaucratic-led revolution from above, meaning the illegal seizure of power by actors using state organs rather than a civil society movement to dismantle the ancien regime and replace it with a new one. This meant that the elite, if not the country as a whole, was of the old regime. It had a limited commitment to, and understanding of what was meant by representative democracy and free markets. Moreover, since the old elite and ancien regime’s institutions are often used and retained at least in part rather than swept away in revolutions from above as opposed to society-led revolutions from below, the post-Soviet Russian state was composed not just of numerous old regime apparatchiki but the institutions they peopled under the Soviet Union. These helped effectively limit, divert, distort and even block much of the transformation.

Then came the West’s broken promise not to expand NATO beyond reunified Germany. ‘Russia’ had given up its external empire, was reeling in economic and psychological depression, and fighting a potentially Islamist Chechen insurgency (that became outright jihadist a decade later), and the most important Western policy was to decide to expand NATO to Poland, Hungary, and the Czech Republic. The echoes of the ‘Smuta’, Napoleon, the Kaiser, and Hitler already could be heard by many in Moscow. Russia’s sprint to Europe became a cautious stroll.

Then came NATO’s bombing of Belgrade and the West’s recognition of Kosovo’s independence. Russia’s cautious stroll to Europe came to a halt, symbolized by the reversion of Russian Foreign Minister Yevgenii Primakov’s plane back to Moscow after having been headed to Washington for talks. NATO expansion continued.