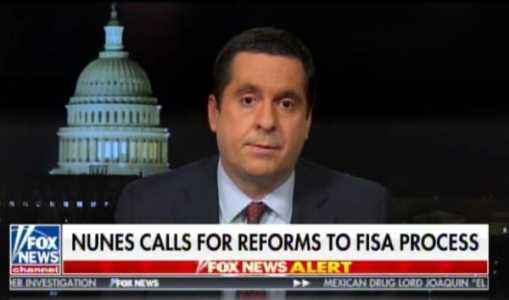 Nunes told Sean he will represent the evidence they have to the new Attorney General and expect several indictments.

Rep. Devin Nunes: Look, we need the new Attorney General to get in there. And then we will be making criminal referrals on many people who lied to Congress and did other bad things.