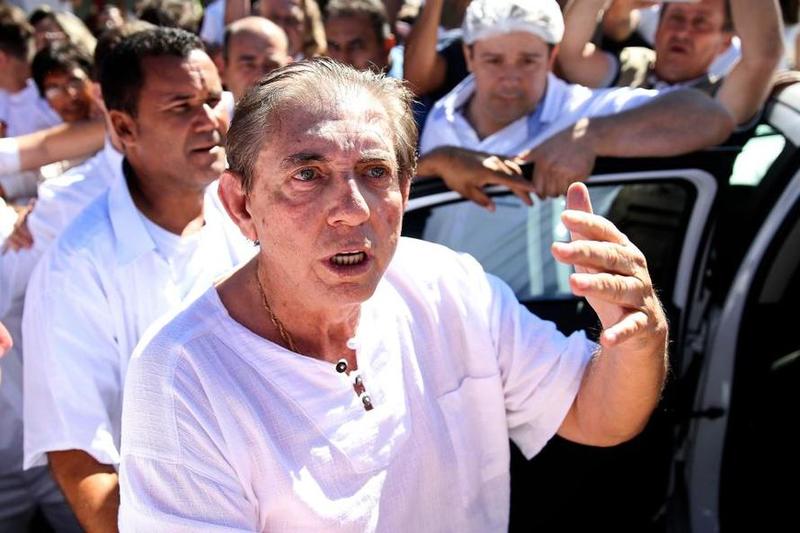 A 76-year-old Brazilian faith healer who turned himself in to authorities following more than 600 sexual abuse claims has been accused of running sex slave farms used for child trafficking, then killing the mothers after 10 years of birthing.

Known as the “John of God” and the “psychic surgeon,” Joao Teixeira de Faria started his “spiritual hospital” in 1978, the Casa de Dom Inácio de Loyola – named after Saint Ignatius, one of the 37 spirits Faria claimed would inhibit his body during psychic healing sessions, according to The Sun. In 1979, a benefactor secured land for him in a small town of Abadiânia, Brazil, where he has been receiving over 10,000 visitors a month. 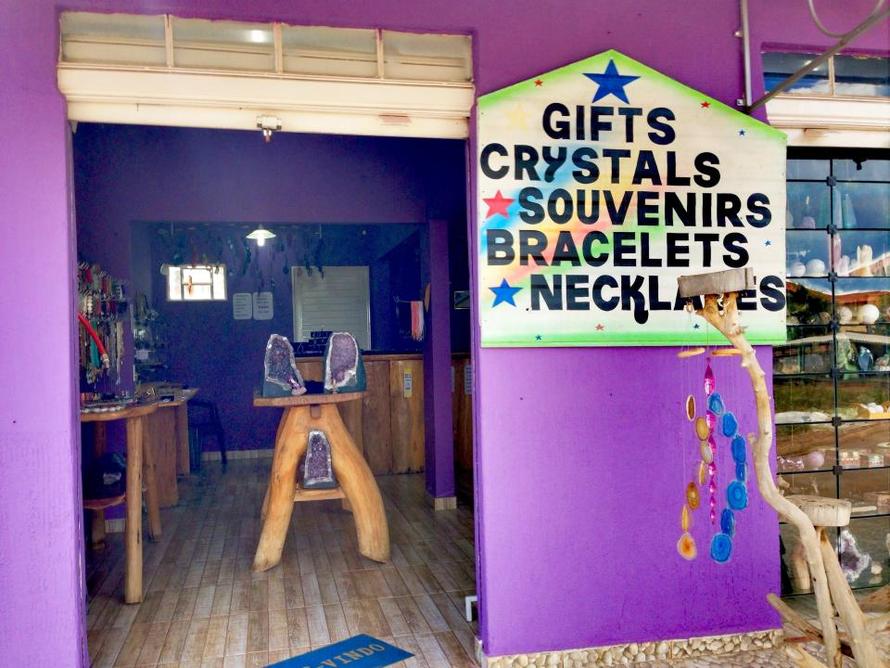 Faria rose to international fame after Oprah Winfrey sat down with him in a 2010 interview. His high profile clients are rumored to include supermodel Naomi Campbell, former President Bill Clinton and singer Paul Simon. 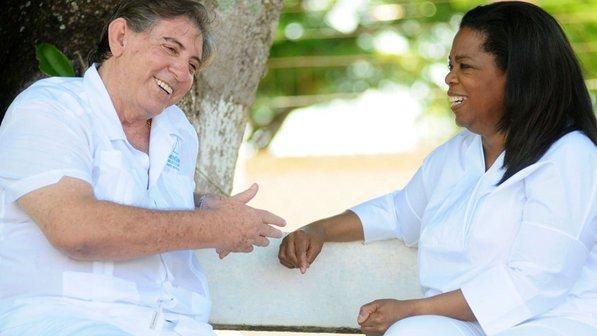 John of God’s “spiritual surgeries” would often involve scraping people’s eyeballs without anesthetics, or inserting scissors of forceps inside people’s noses to cure various conditions. His accusers say he took it much further – instructing them to face away from them before performing sexual acts to “cure” them, allegations Faria denies.

In December, four women came forward on Brazilian television to accuse Faria of abusing them during sessions, including Dutch choreographer Zahira Lienke Mous, who says she learned of Faria from Oprah Winfrey’s interview.

São Paolo businesswoman Aline Salih told local newspaper Folha de São Paulo in an article that published on Monday that a similar incident had happened to her. –BuzzFeed News

Following the broadcast, Brazilian prosecutors announced that more than 200 women had come forward with similar claims, leading for prosecutors for the state of Goias to call for his arrest.

Meanwhile, Faria’s own daughter – Dalva Teixeira, claims that he abused and raped her between the ages of 10 and 14, and that he only stopped after she became pregnant by one of his employees. The subsequent beating she received from “John of God” caused her to miscarry, she says.

“My father is a monster,” stated Teixeira.

Disturbingly, the 38-year-old Brazilian activist who brought Faria down, Sabrina Bittencourt, mysteriously “committed suicide” last Saturday in Lebanon while she was on the run and “living under protection.”

Bittencourt said she had received reports of Faria’s sex slave operation in which newborns were sold for up to £40,000 ($51,000 USD) in the United States, Europe and Australia.

She claimed Faria would offer money to poor girls aged 14 to 18 to go and live in mineral mines or farms he owns in the Brazilian states of Goias and Minas Gerais.

There they would become sex slaves and be forced to get pregnant, then their babies would be sold to the highest bidder.

“In exchange for food, they were impregnated and their babies sold on the black market,” she said.

“Hundreds of girls were enslaved over years, living on farms in Goias, and served as wombs to get pregnant, for their babies to be sold.

“These girls were murdered after 10 years of giving birth. We have got a number of testimonies.” –The Sun