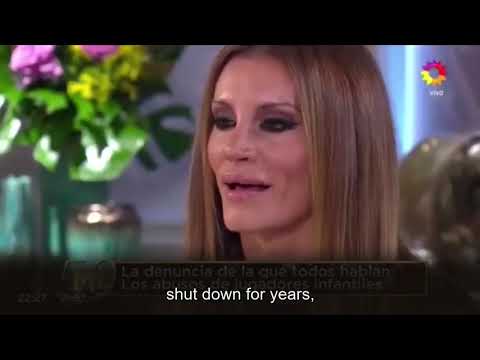 Natasha Jaitt is a “VIP” prostitute who says she was paid by an intelligence agency to spy on a list of powerful Argentinians, starting with Bergoglio’s close friend Gustavo Vera. After following + filming him for a year she announces that he is a pedophile and running a pedophile network, in addition to abusing his role in an anti-sex trafficking organization to further his own sex trafficking enterprise. This video is where Jaitt makes her claims public for the first time, at a televised dinner hosted by an actress.