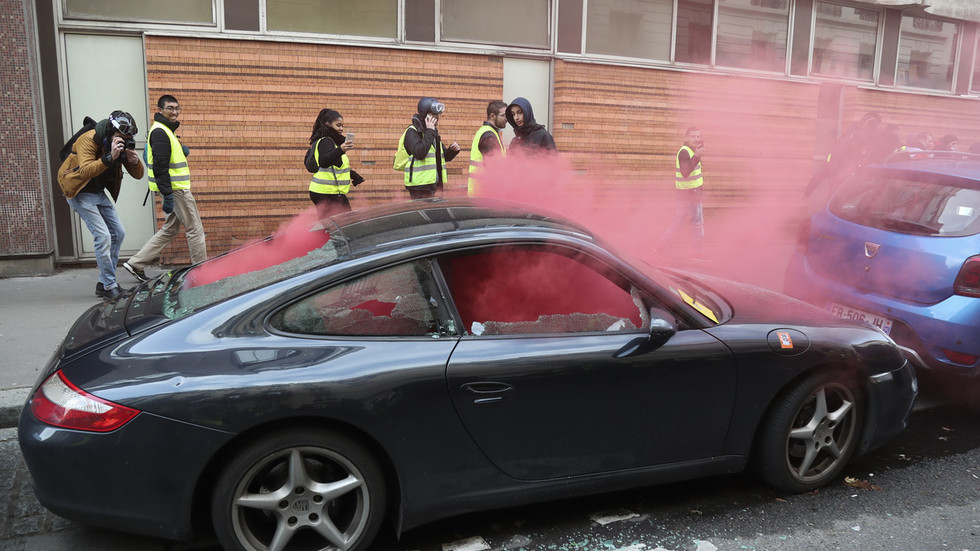 One of the sports cars trashed during the Yellow Vest protest in Paris on February 9, 2019 © AFP / Zakaria Abdelkafi
Several luxury sports car owners are counting the cost of Saturday’s chaotic Yellow Vest protests in Paris after their pricey vehicles were targeted and torched by angry demonstrators.

Video taken by eyewitnesses at the march show two Porches and a Mercedes were set on fire, and at least one Ferrari was smashed and defaced in the violent demonstrations.

Firefighters were called to extinguish the blaze sparked by hooded protesters who appeared to loot the vehicle before setting it ablaze. Another Porche had its windshield smashed in with a metal baseball bat before it, too, was set on fire.

Other vehicles including scooters and motorcycles were also left in flames by passing protesters.

WHO Chief Scientist Dr Swaminathan: “…there’s no evidence right now that healthy children, or healthy adolescents, need boosters. No evidence at all.”