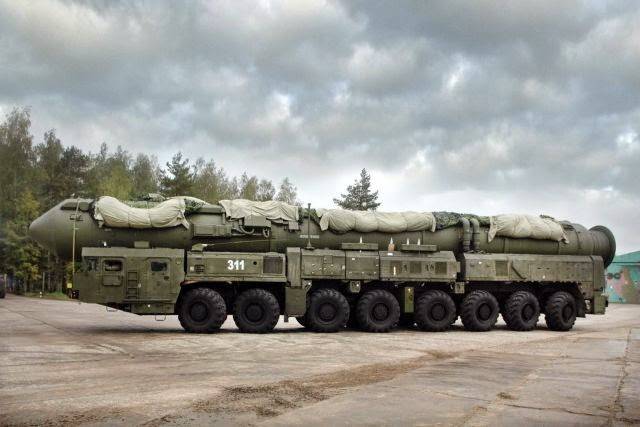 The US president’s annual State of the Union address traditionally focuses on domestic issues but it also throws some light on the foreign policy priorities. President Trump’s speech on Tuesday adhered to the pattern and if anything, the portions on foreign policy received scant attention, restricted to his “agenda to protect America’s National Security.” Trump’s re-election bid for a second term in 2020 provided the backdrop.

Trump boasted about the US’ military build-up and flagged the mammoth budget allocation of $716 billion to “fully rebuild” the US military. As part of it, he said, the US is “developing a state-of-the-art Missile Defence System.” He saw no reason to be apologetic about “advancing America’s interests” and cast his decision to withdraw the US from the Intermediate-Range Nuclear Forces (INF) Treaty in that light.

Trump made a pro forma offer to consider negotiating a “different (INF) agreement, adding China and others (read India and Iran)” but himself sounded sceptical, and went on to assert that the US “will outspend and out-innovate all others by far” in an arms race. He all but sought the US’ nuclear superiority.

Notably, Russia test-fired an RS-24 Yarsintercontinental ballistic missile today following Trump’s speech and within hours of an earlier similar American test-firing of a Minuteman ICBM  in California. The RS-24 Yars is a vastly improved version of the famous SS-29 ICBM that the Soviet Union deployed. It is presently the mainstay of the ground-based component of Russian nuclear triad.

This thermonuclear intercontinental ballistic missile has a range of 12 000 km, which brings the entire territory of the United States within its reach. Yars is equipped with multiple independent re-entry vehicle (MIRV) and is designed to evade missile defense systems (which Trump boasted about.) It maneuvers during the flight and carries both active and passive decoys and has at least 60-65% chance to penetrate defenses.

Significantly, during Tuesday’s address before the Congress, Trump made no references to arms control negotiations with Russia, leave alone to comment onthe fate of the New START nuclear arms reduction agreement (2010), which is due to expire in 2021.

Indeed, the ‘breaking news’ in Trump’s speech was the announcement of his second summit meeting with the North Korean leader Kim Jong-un on February 27-28 in Vietnam. Trump sounded upbeat about his “bold new diplomacy” with North Korea and claimed credit (justifiably so) for avoiding a catastrophic war on the Korean Peninsula. He acknowledged that there is much unfinished business, but placed trust in his “relationship” with Kim.

The only other foreign-policy topics that Trump touched in the speech were the US’ standoff Venezuela, the Middle Eastern conflicts (Syria and Afghanistan) and of course Iran. While he was rhetorical about the “brutality” and the “socialist policies” of the Venezuelan government of President Nicolas Maduro, Trump steered clear of any threats to intervene in that country. Trump merely said that the US stands with the Venezuelan people “in their noble quest for freedom.” On the other hand, Trump gently moved away from Venezuela to attack the “new calls to adopt socialism” in the US too and stated his resolve that “America will never be a socialist country.”

As regards the Middle East, Trump said his approach is based on “principled realism”. He recalled that his approach has been consistent: “Great nations do not fight endless wars.” Trump said it is time the troops came home from Syria, having defeated the Islamic State.

Curiously, in comparison with Syria, Trump made a somewhat nuanced reference to the Afghan war. Without elaborating, Trump hinted that the Taliban is not the US’ sole interlocutor for holding negotiations to reach a political settlement in Afghanistan. But the surprising part was when he said,

“As we make progress in the negotiations, we will be able to reduce our troop presence and focus on counter-terrorism. We do not know whether we will achieve an agreement.”

The carefully-worded formulation steered clear of making a commitment of a total US withdrawal from Afghanistan. In fact, Trump pointedly spoke of a reduced troop presence in Afghanistan while also underscoring the need to continue with counter-terrorist operations.

The Jobs Report is a Mess, December Will Be Messier