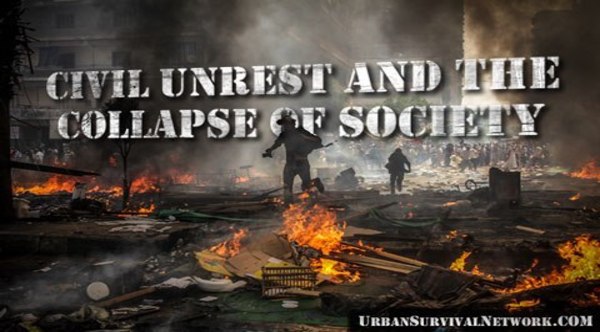 – Google, Facebook And Twitter Do Far More To Steal U.S. Elections Than Any Foreign Govt Ever Could

In this new story over at Prepper Life Style that Steve Quayle linked to on his website Saturday morning they report upon a bizarre series of US military exercises now taking place all across the Los Angeles metropolitan area with the military’s goal allegedly to “enhance Army Special Forces skills” by “operating in urban environments”.

Just the latest massive US military drills taking place within one of America’s biggest cities preparing our military for ‘urban operations’, this brand new story by Martin Armstrong over at Armstrong Economics hints the ‘theater of war’ they may be preparing for is right here in America with civil unrest in the air, hatred rising dramatically nationwide and the Democrats and ‘deep state’ behaving as if they are still the ‘rightful rulers’ of America despite ‘Queen Hillary’ being ‘deposed’ before she even had a chance to get into office.

And with the still ongoing censorship war upon independent media and the leftists attacks upon Conservatives and Christians hinting of danger ahead as Democrats and big tech gear up to steal the 2020 election, ANP reader “IDon’tKnow” recently mentioned in the comment we see below that he left on this recent ANP story by Susan Duclos that POTUS Trump and Republicans in Congress are doing nothing to stop the censorship while pointing out the potential dangers of them doing nothing that lay ahead.

So where are the elected republicans speaking out? Where is freakin TRUMP? He lost congress last election because he didn’t DRAIN THE SWAMP and act on the censorship, the DDoS attacks, all the attacks on free speech that have been happening.

Even worse, at the same time you have neocons teaming up with progressives on PropOrNot, #Hamilton68, the Atlantic Council, SPLC, all silencing anti establishment voices, he gives the neocons a prominent voice in his administration! If something isn’t done, 2020 is lost.

Google, facebook, twitter, etc, are doing far more to steal elections than any foreign government ever could, and the occasional snarky tweet from Trump isn’t going to make a damn bit of difference. I truly believe the deep state has no clue about how close we are to open warfare…

While IDK makes some outstanding points in his comment, I’d have to aruge with his last sentence with this; maybe the ‘deep state’ knows EXACTLY how close America may be to open warfare, hence the US military drilling in US streets. With the globalists and ‘deep state’ sure to swoop in upon any civil unrest here in America and use it against us all, possibly also bringing in the United Nations to help quell the simmering unrest, we should remember that globalist controlled media outlets have already put out several stories this year warning of the potential of martial law in America ahead. 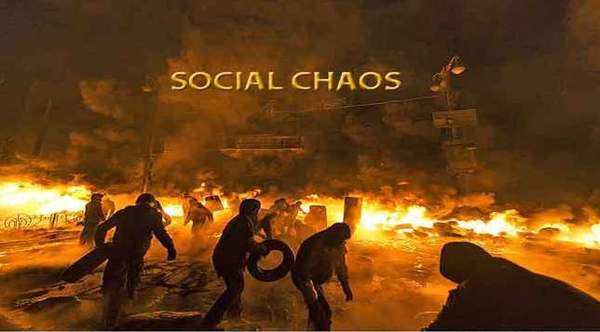 As Mac Slavo had reported in this story over at SHTFPlan back on February 7th of 2017 following some of the previous urban military exercises the US military had participated in within US cities in his story titled “Army Preps for Urban Warfare in MegaCities: ‘Mass Migration, Disaster and Inner-City Turmoil'”.:

There will be war in the streets of America. Things have been engineered that way.

The scenarios are many, the issues are complex. The current anger from the left, who are violently protesting against President Trump, is just one aspect of it.

But the Pentagon and the U.S. national security structure is increasingly looking towards the shifting demographics around the globe – people have moved from rural areas, and shifted into cities. Where ever conflict stirs, there will be a need for military and SWAT response to the call. Entire cities will be locked down; door to door sweeps will often have violent ends.

Baghdad could be brought home to the streets of America, and the military already knows it.

The powers that be are deeply concerned about the unfolding situations with migrants, illegal immigrants, potential terrorists, political factions, violent protests, arson and riots.

Increasingly, they are training for and expecting a homegrown conflict that will call for them to restore order in a major cities – and even hunt down suspects block to block, like in the Boston Marathon bombing incident, while making some significant infringement of our civil liberties.

During the past several years, there have been reports about unannounced urban warfare drills in major U.S. cities, sometimes in coordination with major events; there have also been military training scenarios that have maintained a consistent theme of civil unrest, economic breakdown and widespread riots.

With these exercises in L.A. following previous massive military exercises over the past several years in the cities of Miami, New York City, Flint, Michigan and several other US cities and tensions now heating up all across America, is it really out of the realm of possibility that the military is preparing for the total collapse of our economy, World War 3 in America, civil war or great civil unrest here rather than ‘urban combat’ in other countries? It’s long been good martial arts advice to ‘practice’ how one intends to fight.

As Slavo also points out in his story, all of the large cities across America are vulnerable to any number of different unrest scenarios in the days, months and years ahead. So rather than trying to guess exactly what specific crisis may spill over into violence and unrest, they’re preparing for many of them “depending upon the political situation, unrest, violence or whatever else could spread across the entire Eastern half of the U.S., and the entire country could face collapse as it has never before known it. It is only a question of timing and circumstance.” Once again, from Slavo.:

Now, military and paramilitary units, as well as local law enforcement, much engage the population itself – with all the unpredictability afforded by a real life, complex situation filled with combatants, non-combatants and friendlies behind any and all doors, etc.

Any way you slice it, the military and the national security infrastructure are watching for cracks in the system.

People are at their wits end, and many are on the edge of poverty – and for many, it just won’t take much more to set them loose, and let riots erupt. Whether the system wants those to spread, or wants to suppress and contain them, they know they are coming. Population pressures, and clashing groups within growing city centers are creating more problems, and compounding old ones.