Amidst the climate alarmism that is sometimes misplaced, there are stories that paint a different picture.

Like the study published in the American Meteorological Society’s Journal of Climate showing that climate models exaggerate global warming from CO2 emissions by as much as 45%.

Or the study in the journal Nature Geoscience that found that climate models were faulty. As one of the authors put it, “We haven’t seen that rapid acceleration in warming after 2000 that we see in the models.”

How about the findings from the University of Alabama-Huntsville showing that the Earth’s atmosphere appears to be less sensitive to changing CO2 levels than previously assumed?

Or the fact that Polar Bear populations are increasing?

“According to data collected by the federal government, polar bears along the entire west coast of Baffin Island are ‘stable.’ On the southeastern side of the island (around the Nunavut capital of Iqaluit) polar bears have even experienced a ‘likely increase.’ It’s only on the island’s northeastern corner — in a management area that meets Greenland — that polar bears are suspected to be in decline.”

And here, the topic of this article, our world is literally a greener place than it was 20 years ago according to data from NASA satellites.  The cause of the greenery? Human-induced activity in China and India.

My point in all I wrote above is what we hear in the media is typically only one side of the picture, and it does not give us an accurate representation of what’s going on. For years now, we have been reporting on environmental issues from a grounded perspective here at CE. Looking at data, looking beyond the politics and simply at what’s happening. This approach shows you things are troubling in certain areas like pollution, air quality, EMF exposure and so forth, but the number one climate story we always hear about, C02 warming the atmosphere, simply does not hold water from the perspectives of many scientists and it hasn’t for the 10 years we have been reporting on it.

I recall a conversation I had with Gregg Braden where we were discussing research about the climate and what the data is TRULY showing. Amidst all the C02 alarmism I asked “Gregg… it appears to me that it’s more likely we’re headed into a global cooling period than a warming period.” He responded with “that’s precisely what the data shows, and it appears humanity is suffering from amnesia when it comes to the cycles of climate.”

The bottom line is, the majority don’t know the truth and the news is actually a lot better than what we’re being told. The challenge is, it’s more beneficial for power structures and business to keep us in fear.

5 Facts About Climate Change Shared By An Actual Climate Scientist

Study – The Greening Is Human Induced

NASA’s study will come as a surprise to many as we have not been told a balanced perspective on what’s going on with our climate for some time. To reiterate, yes, there are challenges we need to address, mainly pollution of water, land, air and the issues of animal agriculture.

The countries with the world’s biggest populations, China and India, are leading the improvement of ‘greening’ Earth’s land. In 2017 alone, India broke its own world record for the most trees planted after volunteers gathered together to plant 66 million saplings in just 12 hours! This is how fast change can happen!

In the mid 1990s, satellite data began to paint a greener picture, leading to the question as to whether or not human activity was actually helping to green the planet.

After 20 years of data collection from a NASA instrument orbiting the Earth on two satellites called the Moderate Resolution Imaging Spectroradiometer (MODIS), we know that Earth’s green coverage has increased by 5% over the last two decades. This works out to an extra two million square miles.

“China and India account for one-third of the greening, but contain only 9% of the planet’s land area covered in vegetation – a surprising finding, considering the general notion of land degradation in populous countries from overexploitation,” said Chi Chen of the Department of Earth and Environment at Boston University and lead author of the study.

MODIS has captured as many as four shots of every place on Earth, every day for the last 20 years.

“This long-term data lets us dig deeper,” said Rama Nemani, a research scientist at NASA’s Ames Research Center and a co-author of the new work. “When the greening of the Earth was first observed, we thought it was due to a warmer, wetter climate and fertilization from the added carbon dioxide in the atmosphere, leading to more leaf growth in northern forests, for instance. Now, with the MODIS data that lets us understand the phenomenon at really small scales, we see that humans are also contributing.”

Although all of the planting in China and India does not entirely make up for the damage we’re seeing through the clear cutting in Brazil and Indonesia, a good message still emerges here. When we recognize there is an issue, we tend to do something about it.

“Once people realize there’s a problem, they tend to fix it,” he said. “In the 70s and 80s in India and China, the situation around vegetation loss wasn’t good; in the 90s, people realized it; and today things have improved. Humans are incredibly resilient. That’s what we see in the satellite data.”

Yes, we are still clear-cutting in ways we should be reflecting on, but this is happening due to a state of global consciousness that puts profits first. From this state of consciousness, we also give power to the government, put responsibility on others, blindly trust government and don’t see ourselves as part of a global community.

When the reference above points to ‘not being totally out of the weeds yet’ this is in reference to the belief that C02 is having a detrimental warming effect, which as we discussed, remains unfounded. 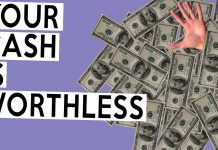 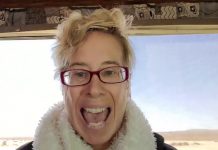