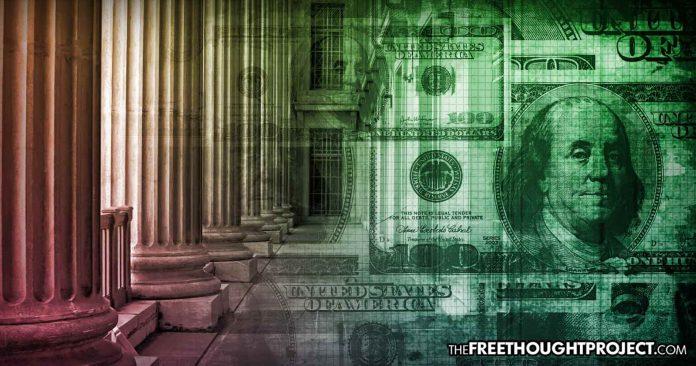 PACs, committees, candidates, and other assorted special interest groups spent a record breaking $5.7 BILLION just for a shot a ruling over you in government.

When I first started out as an independent journalist in 2007, I remember interviewing a congressional candidate who put his law career on hold to seek public office. Through my naive and hopeful eyes, before the interview, I looked from afar and wondered what may have inspired him to serve the public. Was it to reform corruption, stop the wholesale fleecing of the citizens of Louisiana by their criminal government, or was he standing up for a noble cause?

Turns out, I was wrong on all fronts. When I asked him why he chose to run for congress, his answer back to me—knowing that this was going to go on record—was “I thought I could win.”

There was no desire to right any wrongs—no desire to seek positive change and create a better life. The entire impetus behind his campaign was due to the the notion that he thought he could win. I thought to myself at the time that surely this man was an anomaly and most other politicians must be motivated by some selfless concern for the well-being of others, otherwise known as altruism. But I was dead wrong.

The anomaly is actually the reverse. The politician who seeks office for personal gain is the rule, not the exception. Self-interested narcissists fill the halls of Washington stomping on anyone who gets in their way and unafraid to lie, cheat, and steal to get there. The politician who risks their career to stand for what they believe in and to serve the people, however, is the actual anomaly.

Our politicians, they tell us, commit themselves to a life of government so they can serve their constituents and represent them at a national level to further the democratic process and uphold our rights. Promises of lower taxes, free stuff, more freedom, and more security flow from the mouths of political candidates like treated water from a sewage plant. But it’s the exact same story once they all get elected—sell out to lobbyists and push more war.

The opportunity of public office has become such a position of power and control people are paying billions of dollars just for a crack at landing their candidate a job in D.C. In fact, according to a report this week, the cost of the 2018 was the most expensive midterm election in history.

As OpenSecrets.org reported, with more than $5.7 billion shelled out by candidates, parties, committees, PACs and outside groups, the 2018 midterm leapfrogs even the then-record breaking 2008 presidential election which saw nearly $5.3 billion in total spending. It also smashes the previous midterm spending record of $3.8 billion in 2014.

“Just as the 2018 elections brought historic wins for a more diverse group of candidates, they also saw greater spending than we’ve ever seen or anticipated for a midterm election, capitalizing on years of loosened campaign finance regulation and oversight,” said Sheila Krumholz, executive director of the Center for Responsive Politics.

It would be irresponsible reporting not to mention that a little less than 17 percent of this money came from individuals in the form of small donations. But this likely has more to do with candidates getting better at appealing to emotion than it does with any grassroots movements affecting real change.

The following chart shows just how much money people continue to pour into the opportunity to sell you out to special interests.

If you think that people are spending record amounts of money just to have the opportunity to act as or support a public servant, think again. The election process has morphed into a circus in which billionaires vie for your attention through their shill candidates or shill candidates vie for your attention through their appeals to emotion. All of it is a charade to get into power and if voting actually accomplished anything resembling real change, it would likely be illegal.