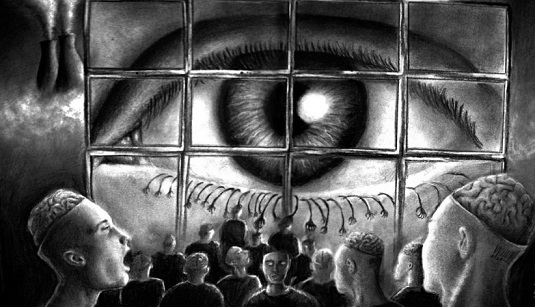 From the Trump/Russia “collusion” hoax, to the continued attacks against Trump supporters most recently evidenced by the Covington Catholic students and the scandal that engulfed the “Mockingbird” media after they were caught pushing a false narrative, directly followed by the Jussie Smollett hate hoax blaming MAGA supporters, to which now the police are looking to Smollett as not a victim but an “active participant,” the liberal media is using tried and true mind control techniques to brainwash the masses.

Operation Mockingbird, to which has been discussed by C-Span, and was exposed in 1976 by a Congressional report after a number of hearings, was a secret CIA plan to brainwash the masses by controlling the media. While Wikipedia still claims it was an “alleged” program, there is sufficient documents that have been released by Freedom Of Information Act (FOIA) requests that even liberal media outlets have admitted the “conspiracy” turned out to be “not theoretical” at all.

Operation Mockingbird was part of the CIA program MK Ultra, where the CIA  conducted highly unethical and morally reprehensible experiments, including drugs, hypnosis, electrical devices, as part of their mind control project. This too was investigated by Congress. Some believe both programs are still operational in some form.

Read: Project Northwoods, Operation Mockingbird And The Assassination Of JFK – MLK And RFK: An Investigative Report

Before breaking down the individual techniques used to mind control or brainwash individuals, while providing real life examples of the media to utilizing those exact tactics, we’ll show the most recent example.

The Jussie Smollett story where the media jumped all over his claim that he had been attacked by two white men that yelled “This is MAGA country,” put a rope around his neck, poured some substance on him, and used racial and homophobic language, we now see the same liberal media complex that pushed his story before the police investigation was complete, playing the part of “victims,” as they now have to report the police are no longer considering Smollett as a victim, but are now questioning him as an “active participant.”

I am using the Smollett case as an example because Grabien has compiled footage, which shows the media in action to “plant” a narrative into the minds of those they wish to brainwash with an all out, coordinated push of that narrative.

I have argued that the media most likely sees anything “MAGA” related and instantly gets so triggered that they lose all perspective and rush to “report” it because it reinforces their own view of President Trump supporters, but after researching this piece and looking through the list of tried and true brainwashing techniques, and being able to pinpoint specific examples of the media using those techniques,  I now think that their MAGA-hatred is only one piece of the puzzle because their tactics pre-date the Trump presidency.

While a number of different authorities on brainwashing techniques will describe the tactic then offer a breakdown, I want to focus on the mental mind control techniques used specifically by the media to induce a set set of behaviors by those they are trying to brainwash. We’ll list the technique and then provide a limited number of examples of the media using that technique.

Fear as a technique: Description – “Maintaining loyalty and obedience to the group by threatening soul, life or limb for the slightest ‘negative’ thought, word or deed. ”

Media Example: Anyone remember the #CNNBlackmail scandal? Random internet user creates a funny GIF using an old clip of a wrestling event Donald Trump attended and replaced the person Trump was “beating” on with the CNN logo. President Trump was amused and shared the meme/GIF. CNN hunted down the original user, scared him into apologizing and then threatened to reveal his identity if he showed bad online behavior again.

Media Example: From trangender kids to the attacks against traditional marriage between a man and a woman to further the LGBT agenda, it was the media that constantly denounced the beliefs and values of one group in order to accelerate the acceptance of a new lifestyle. This can also be seen in the constant attacks against Christians and other members of faith.