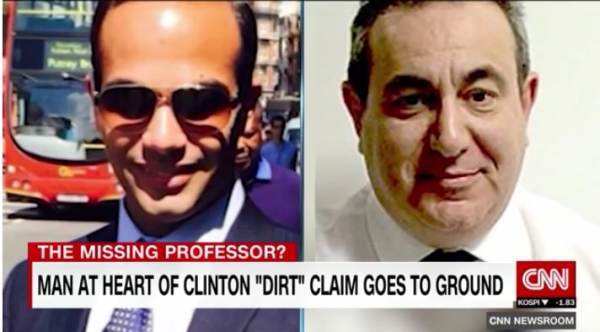 As the Mueller Investigation and the corrupt FBI investigations unravel we are finding out additional information on how the Trump team was set up by US and foreign agents. London appears to be the hotbed for spies from all countries and that’s where the Trump sham appears to have started.

Candidate Trump’s unpaid volunteer George Papadopoulos was indicted by the Mueller team for lying.  We still don’t know what he lied about, but we are finding out about the FBI’s involvement in setting him up.

Bongino: I want to get right to it. I have a list of questions for you..I guess the easiest question to ask is why did you meet with Mifsud?

Papadopoulos: Professor Mifsud is a Maltese professor. Just so everybody understands – he’s not a Russian.

I was working at this organization in London – the London Center for International Law Practice (LCILP) – that unbeknownst to me at the time was apparently some sort of front group for ex-western diplomats and ex-western intelligence types of personalities.

But they all of a sudden tell me, ‘before you leave, you really need to come to Rome with us. We want to introduce you to some people there.’ So, I say, ‘that’s fine. I’ll go to Rome. It’s a three-day holiday before I get back to Washington.

They introduce me to Josef Mifsud at this university in Rome called Link Campus. This isn’t any normal university in Rome. At the time I had no idea what this place was. But apparently, it’s a training ground for western intelligence operatives in Rome. The CIA has held symposiums there. David Ignatius from the Washington Post has actually written extensively about this place. They have connections to the FBI and other groups.

I also saw many Italian diplomats there. The ex-foreign minister of Italy was the director of this university, so things started to pop in my mind that this isn’t just a random event – a random meeting.

They tell me it’s very important for you to meet Josef Mifsud. I had no idea who this person was. He came up to me, presented himself as this mid-fifties, former diplomat, who knew the world.

The mainstream media and the FBI, DOJ and Mueller team all wanted to connect President Trump to Russia so they set up Papadopoulos and then claimed that he met with Russians.  The only problem is that the Russian was not a Russian – he’s a Maltese professor, Josehp Mifsud  The entire connections in London were a set up.

According to one investigative site on the web, one of the members of Mueller’s team was connected to Mifsud –

Zainab Ahmad, a member of Mueller’s legal team, is the former Assistant United States Attorney in the Eastern District of New York. As pointed out by Blackburn, Ahmad attended a Global Center on Cooperative Security [GCCS] event in 2017. In recent days, Blackburn wrote via Twitter: “Zainab Ahmad is a major player in the Russiagate scandal at the DOJ. Does she work for SC Mueller? She was at a GCCS event in May 2017. Arvinder Sambei, a co-director of the [London Centre of International Law Practice], worked with Joseph Mifsud, [George Papadopoulos] and [Simona Mangiante]. She’s a GCCS consultant.” 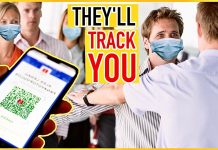