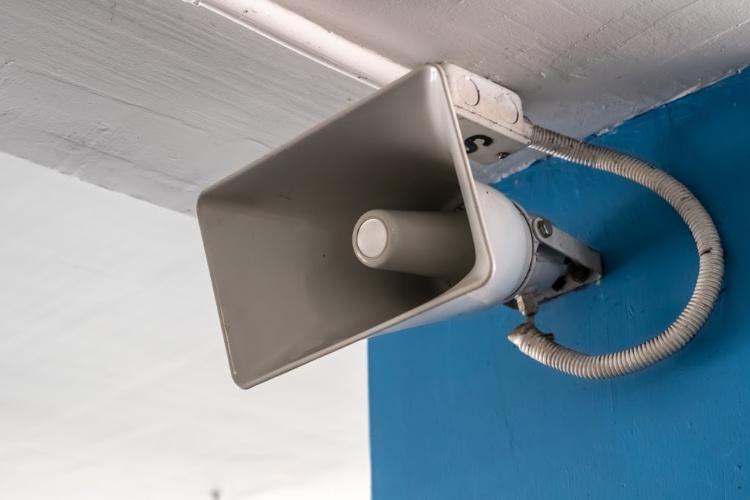 Sounds around us is one of the ways Mother Nature has to warn us, attract us to something, and for humans during these so-called modern times, enjoy and relax. It can be a very powerful tool.

Psychological operations warfare specialists know about this. A lot of tools and technologies have been weaponized, we all know that. Most of them are kept under secrecy, some other ones have been available for the public. The power of sound should not be underestimated and should be handled with care. Sound can break glass or even cause permanent injuries.

I don’t want you being harmed while playing around with these things, ok?

You can use the power of sound to deter criminals from your property.

Annoying sounds are something that many of us don’t tolerate.

Pets, wild animals, and many humans try to avoid it, reasonably. Some animal species even use it as a very effective deterrent, even if the real defense capability of the animal itself is not that big. Yes, I mean those tiny dogs that will bark their guts out and will make the subject of their attack go away just to avoid their extremely annoying noise. (I love dogs too, but the large, quiet, cute and peaceful kind of ones, although I am a cat person. But tiny aggressive dogs just don’t fit my bill…my mom had one for years and he was a real pain)

One of my main concerns, given the attack to the rights of the individuals to defend themselves that any dictatorship brings along, was to find a way to avoid being harassed by marauders at my very own doorstep (something very common these days). The opportunity crime is in our area was the most common threat, on a daily basis. Therefore I could reduce it by getting out less and much closer, avoiding going out on high transit days like paydays or some “special” days, etc. Thugs usually know people are out there looking to spend some money and will be hunting easy prey.

Deterrent devices are affordable and easy to install.

This said, one of the most affordable and at the same time less harmful deterrent devices I could identify was the high pitch sound “alarms”.

A friend of mine had it in his car, and I accompanied him to run some errands. He took a cellphone call once we were inside the car. 30 seconds later the dang thing blew out and I almost jumped through the car window. After he finished his call I asked him what the heck that had been, and once he finished laughing he told me that he adapted the regular horns that his installed alarm had originally with some high pitch, human-deterrent special design that he had bought online, back when he could.

I just was exposed for like 3 seconds, maybe less, and it felt like a needle going inside my ear. Imagine this being used with a thug gang for 30 seconds or something. They would be simultaneously defenseless if they persisted and stayed there for too long. This is perfect for a place like a porch (one of my next home improvements) or even a car parked in some lonely place if you have to.

If you don’t want someone messing around your walk-in closet where your safe box is, this offers lots of possibilities. Being cheap, you could install even 2 systems and a fake one. Let’s suppose the attacker plugs his ears and can deactivate or destroy the fake, very outstanding and in plain sight system. The sound will continue until he can deactivate the two others…and that is only if he can find them.

A fake air intake in the roof over the door you want to protect should do the trick. With some, though, a very concealed system can be installed, and my personal thinking is that it is very hard to identify and neutralize the sound in the limited time a thug can have before their activities are noted. A good hidden camera, or even a tiny sign, business card sized, with the words in some special and fancy, cursive font: ”Smile! You are on camera” even if that is not true, will go a long way.

Don’t underestimate the power of a high amplitude sound for the intended purpose of disarming and surrender some aggressors. Some systems are capable of even keeping the sound under the human audition threshold, and without any audible sound, the attacker will feel highly uncomfortable and will leave. Those movie scenes where people are quickly disabled with a high pitched sound to remain incapacitated, cuddling themselves in a ball in the floor, are possible indeed.

Is that great or what?

Of course, there are some inherent limitations, but that is something that physics can’t avoid, like the distance needed for some effectiveness.

Some frequencies work better than others.

Sound is measured in dB, or decibels. The larger its value, the sound is louder, we know that. Just as general information, a normal human can tolerate just 115 dB for 30 seconds. Of course, not all of the frequencies they offer are capable of being mitigated with just a couple of earplugs and other protection. They would be out of business in a pinch.

Any exposure to non-audible frequencies with an intensity of 115 dB or greater but below 20 Hz or above 20,000 Hz will make the attacker disoriented without knowing what happened. The more decibels, the more power of the sonic waves…and we all know what happens.

This is data that I found on some websites, anyway if it can be corrected, please let me know.

This kind of devices have been extensively used in conflict, and I think that is great. Permanent damage is unlikely, however, the effect to scare the attackers is achieved, and sometimes even without harming severely the attacker.

Alarms and tear gas can be used to protect your property.

This provides a more humane approach to conflict and allows us civilians with some useful tools to be used in the defense of our place. I just imagine a granny watching in her CCTV how some thugs in the middle of the night trying to force their back door, and she flips a switch, turning the dB knob to some good 150dBs, just to see how the gang runs like girls that saw a spider nest.

Combining this with some type of tear gas would be my kind of thing though. Nothing fancy, everything simple: a bypass to manual controls if you’re at home, and some timers or movement detectors to control the sound emission when you’re not, a power backup system in case power is out, that sort of stuff. I like tear gas because it can be even homemade, which means that if things really get bad, one can always resource to the power of Mother Nature (insert little devil face here).

Gas will add its effects to those of the noise system, like nausea, discomfort, disorientation, reduced sensory-motor functions, or severe pain.