It’s hard to believe, but the year 2019 is already about 15% in the books. So, with two months behind us, perhaps it’s a good time to check in, assess what we’ve accomplished thus far in COMEX gold and silver, and then look ahead to what’s coming as the year progresses.

The focus of this post is to update our primary forecasts from December and January. These were each posted at Sprott Money and can be accessed through these links:

If these forecasts could be summarized it would be this: Expect 2019 to unfold in a manner similar (but not identical) to the year 2010. Back then, early year economic confidence and a belief that The Fed “had it under control” began to wane by summer. The Fed announced QE2 in November. A loss of confidence in the US$ followed, and this prompted COMEX gold and silver prices to surge into year end and 2011.

• The Fed effectively announced an end to their rate-hiking regime in January, and a reversal of their policy of “Quantitative Tightening” is pending.

• The U.S. economy is clearly slowing, as the impact of slightly higher interest rates trickles through to impact retail, auto and home sales.

• Business and consumer confidence is failing, as economic and political uncertainty takes hold across the economy.

• The 2018 rally in the U.S. dollar has stalled and appears to be reversing.

• The bond market is rallying and interest rates are falling.

So what’s next? Powell and his FOMC have already indicated that their rate hike regime has been paused, and never in the past have rate hikes been restarted once they’ve been paused. The next step historically has been to begin cutting rates in order to reverse economic weakness.

The bond market “sees” this coming, and this is apparent across the yield curve. The current Fed Funds rate is pegged at a range of 2.25-2.50%. An additional 25-basis point hike would raise this range up to 2.50-2.75%. That is simply NOT GOING TO HAPPEN if, by doing so, the U.S. yield curve were to invert out to 10 years… which it would, as of today. See below:

Therefore, regardless of what your favorite internet pundit or seven-figure Wall Street economist may believe, The Fed is NOT going to be hiking the Fed Funds rate again. Not in March. Not in June. And not anytime in the foreseeable future.

Instead, as the U.S. and global economy continues to slow, expect increasing chatter that The Fed has to do more. Already, Chairman Powell has suggested that The Fed will access “every tool in the toolbox” at the next economic downturn. He knows that the flow of global liquidity is VITAL to keeping the equity markets afloat after a hard lesson in this fact last December. Thus he and his Fed will take whatever steps necessary to provide that liquidity, even if this leads to a sharp falloff of overall confidence in the U.S. dollar.

Again, does that sound familiar? Does that not “rhyme” with 2010?

As this pertains to the prices of COMEX gold and silver, investors and traders alike must reacquaint themselves with the dynamics of these “markets” during bull periods. Until this pricing scheme finally fails, you will never see prices move straight up consistently. Why? Because the market-making Bullion Banks will attempt to manage any ascent, through the creation and addition of COMEX contracts. Always remember that these Banks create COMEX contracts from nothing and sell them to Speculators seeking gold and silver exposure. An excellent summary of this process can be found here:https://www.tfmetalsreport.com/blog/8252/econ-101-…

In 2019, we’ve already seen the first application of this trick in COMEX silver. On the chart below, note that price rose more than 8% in December 2018, as the supply of contracts was held nearly constant at 178,000. However, prompted by an increase in Speculator demand caused by the upward break of the 200-day moving average on January 3, The Banks then increased the total float of COMEX silver contracts by 27% in six weeks. Economics 101 taught you that if the supply of a good is increased at the same incremental pace as an increase in demand, then price should remain relatively unchanged. And thus it has. As I type on February 26, the price of COMEX silver is $15.80… the exact same level where price closed on January 3.

In the end, precious metal investors should expect terrific gains for both gold and silver as we move through 2019 and 2020. However, no one should be under any illusions that all of these gains will be realized over just a few days or weeks. This will be a process, and it will play out in the usual bull market manner of three-steps-forward-and-two-steps-back.

And what are reasonable price targets for both metals in 2019?

Again, we expect this year to provide the best gains since 2010, a year that saw COMEX gold rally nearly 30%. A gain of just 20% in 2019 places price near what will be MAJOR resistance at $1525. That sounds about right. 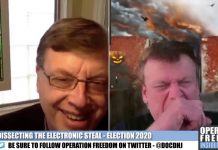