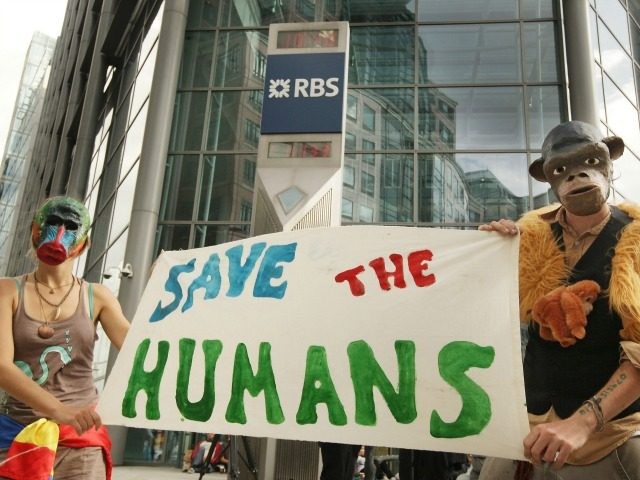 David Wallace-Wells is taking his climate change fear mongering to a new level. He has transformed his doomsday pieces featured in the past two years in New York magazine into a book, The Uninhabitable Earth: Life After Warming, released today.

James Delingpole, the executive editor of Breitbart London, has written about Wallace-Wells’ previous over-the-top predictions about global warming, including an article in the magazine last year:

Climate change is going to kill at least 150 million people and there’s nothing we can do to stop it.

Well, at least it is if you believe climate doomster David Wallace-Wells in the latest issue of New York magazine. Things are bad. Really bad. We didn’t listen and now we can expect to pay a terrible price — starting with all those deaths:

Numbers that large can be hard to grasp, but 150 million is the equivalent of 25 Holocausts. It is five times the size of the death toll of the Great Leap Forward — the largest non-military death toll humanity has ever produced. It is three times the greatest death toll of any kind: World War II.

Now that the book is in print, the author is making the rounds to promote it, including in an interview with National Public Radio (NPR) where he announces more staggering numbers attributed to climate change.

• “4.3 degrees of warming would mean $600 trillion in damages from climate impacts. Six hundred trillion dollars is double all of the wealth that exists in the world today. Our agriculture would probably be about half as bountiful, so the same plot of land would be producing about half as much yield in a world that we would have at least 50 percent more people to feed.”

Delingpole is not the only critic of Wallace-Wells’ climate change reporting.

The Washington Post did a round up of scientists panning his 2017 article:

The temptation to paint a dire picture of climate change, at a time when the Trump administration seems bent on questioning a widely accepted body of climate science and withdrawing from international agreements, is clear. But the picture still has to be plausible and accurate, a number of scientists argued this week in response to a lengthy article in New York Magazine.

The article by David Wallace-Wells is entitled “The Uninhabitable Earth” and begins with the sentence, “It is, I promise, worse than you think.” It runs through a number of extreme climate possibilities — most prominently, the idea that some parts of the Earth will experience a combination of heat and humidity so intense that human beings won’t be able to survive outdoors in some regions.

The article gives the sense of being fairly definitive, saying it is “the result of dozens of interviews and exchanges with climatologists and researchers in related fields and reflects hundreds of scientific papers on the subject of climate change.” Wallace-Wells also warns that he’s describing worst-case scenarios that might not be realized but could occur if the world does not take action. “But those scenarios, and not the present climate, are the baseline,” he writes. “In fact, they are our schedule.”

“The article argues that climate change will render the Earth uninhabitable by the end of this century,” Mann wrote. “Extraordinary claims require extraordinary evidence. The article fails to produce it.”

“The evidence that climate change is a serious problem that we must contend with now is overwhelming on its own,” Mann continued. “There is no need to overstate the evidence, particularly when it feeds a paralyzing narrative of doom and hopelessness.”

“Overall, the article highlights important effects that have been discussed in the literature, but in a manner that is often sloppy and hyperbolic,” Bob Kopp of Rutgers University said of Wallace-Wells’ reporting. “It would have been helpful had the reporter identified his sources, which makes it difficult to check what he intended in some points.”