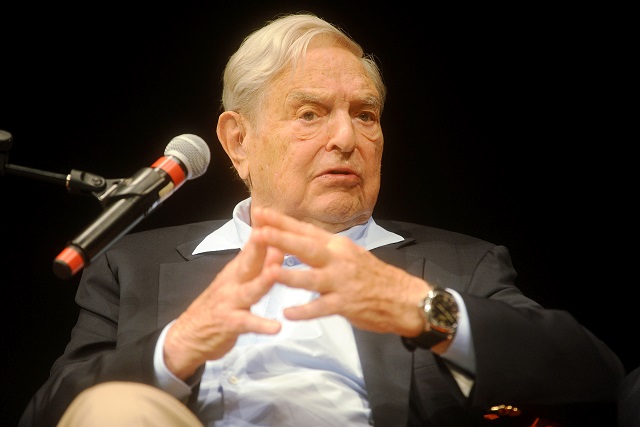 Billionaire globalist George Soros, who helped fund the migrant invasion of Europe to the tune of some $500 million, is now panicking over the rise of right-wing parties throughout the EU.

Rather than take responsibility for his actions, apologize to the people of Europe and start a fund to deport all the migrants he paid to bring in, he has instead chosen to fearmonger that the end is nigh if Europeans actually start voting in their own self-interest. 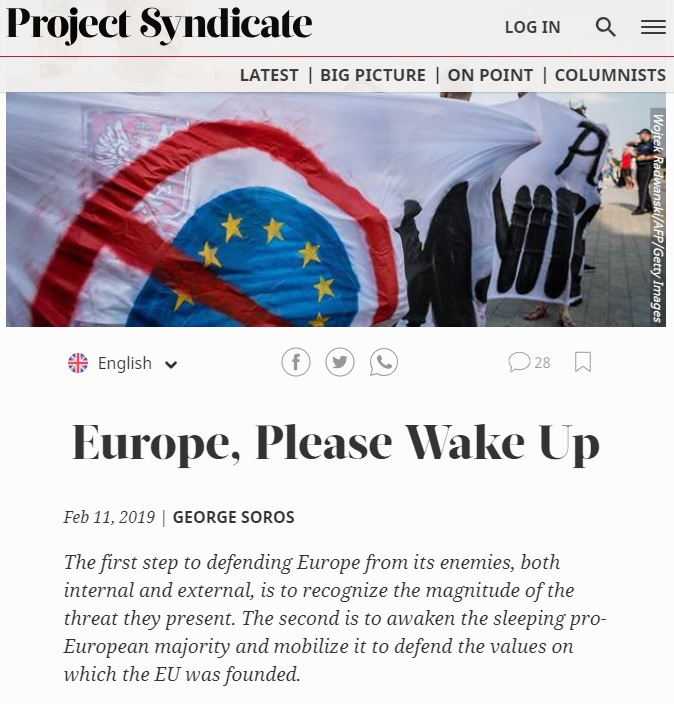 Europe is sleepwalking into oblivion, and the people of Europe need to wake up before it is too late. If they don’t, the European Union will go the way of the Soviet Union in 1991. Neither our leaders nor ordinary citizens seem to understand that we are experiencing a revolutionary moment, that the range of possibilities is very broad, and that the eventual outcome is thus highly uncertain.

In Soros’s world, “equilibrium” is when Europeans are living as slaves under communist rule.

“Disequalibrium” is when they rise up to overthrow their oppressors.

The next inflection point will be the elections for the European Parliament in May 2019. Unfortunately, anti-European forces will enjoy a competitive advantage in the balloting. There are several reasons for this, including the outdated party system that prevails in most European countries, the practical impossibility of treaty change, and the lack of legal tools for disciplining member states that violate the principles on which the European Union was founded. The EU can impose the acquis communautaire (the body of European Union law) on applicant countries, but lacks sufficient capacity to enforce member states’ compliance.

The antiquated party system hampers those who want to preserve the values on which the EU was founded, but helps those who want to replace those values with something radically different. This is true in individual countries and even more so in trans-European alliances.

The party system of individual states reflects the divisions that mattered in the nineteenth and twentieth centuries, such as the conflict between capital and labor. But the cleavage that matters most today is between pro- and anti-European forces.

Everything is backwards with these propagandists.

He also recycles the same “our values” garbage the propagandists here in the US recite to defend open borders globalism.

Of course, the great “defender of democracy” wants the unelected bureaucrats running the EU to punish Europeans for voting in a way he doesn’t like in defense of these nebulous “values.”

He goes on to whine about Brexit and the rise of “extremists” like the Alternative for Germany party in Germany, Matteo Salvini’s League party in Italy and Viktor Orban’s Fidesz party in Hungary. He laments that “a similar reordering of party systems is happening in France, Poland, Sweden, and probably elsewhere.”

He concludes with this:

It is difficult to see how the pro-European parties can emerge victorious from the election in May unless they put Europe’s interests ahead of their own. One can still make a case for preserving the EU in order radically to reinvent it. But that would require a change of heart in the EU. The current leadership is reminiscent of the politburo when the Soviet Union collapsed — continuing to issue ukazes [edicts] as if they were still relevant.

The first step to defending Europe from its enemies, both internal and external, is to recognize the magnitude of the threat they present.The second is to awaken the sleeping pro-European majority and mobilize it to defend the values on which the EU was founded. Otherwise, the dream of a united Europe could become the nightmare of the twenty-first century.

When he says defend “Europe from its enemies” he means defend the criminal establishment from the populace they rule over.

When he says to “waken the sleeping pro-European majority and mobilize it to defend the values on which the EU was founded” he means mobilize the criminal establishment to crush this populist uprising.