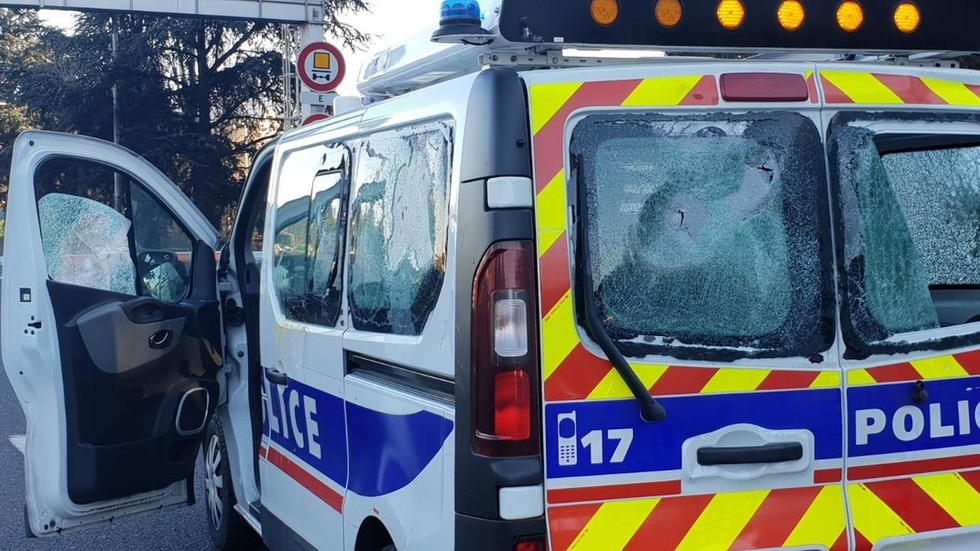 A terrified French policewoman was left in tears after an astonishing and violent attack on a police van by a swarm of Yellow Vest protesters in Lyon.

Distressing footage of the attack on Saturday shows two road safety officers stuck in gridlocked traffic as they are increasingly surrounded by Yellow Vest protesters, who suddenly turn on their vehicle.

As the crowd dissipates, the relieved, and short of breath, driver can be heard saying, “I was so scared.” A photo of the vehicle, shared by a police union, shows the immense damage that was caused.

The alternative police union, CFDT, who released the shocking video clip said they did so “to show the extreme violence that the police are facing in the daily life and the remarkable cold blood that our two colleagues were shown.”

The officers can be seen filming the angry protesters as they swarm and throw rocks and bricks at the van, shattering the windows. Protesters jump on the hood of the vehicle and continue to bombard it with projectiles as the driver becomes more upset and tries to guide the vehicle safely through the lines of traffic.

One of the officers can be heard radioing for backup, saying: “We are under attack.” In a matter of minutes, riot police are on foot to ward off the aggressive crowd and allow the officers to return to the station safely.