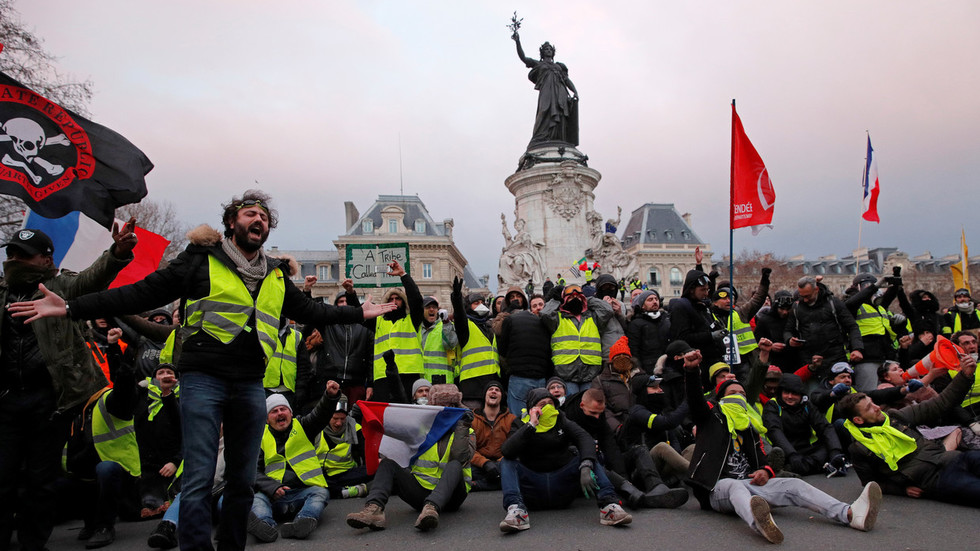 France has recalled its ambassador from Rome after a meeting between Italy’s deputy prime minister and leaders of the French Yellow Vest protester movement who have been calling for French President Emmanuel Macron’s resignation.

Luigi di Maio, Italy’s Deputy Prime Minister and leader of the anti-establishment 5-Star Movement hailed the “winds of change across the Alps” yesterday on Twitter after meeting with Yellow Vest activists Cristophe Chalencon and Ingrid Levavasseur.

In a statement on the decision, France’s foreign ministry accused Italian officials of making “outrageous statements” and “repeated, baseless attacks” for months.

The statement said the attacks were without precedent since World War 2. “Having disagreements is one thing, but manipulating the relationship for electoral aims is another,” it said.

“All of these actions are creating a serious situation which is raising questions about the Italian government’s intentions towards France,” it added, making clear that Paris is increasingly worried by Di Maio and Salvini’s vocal support for the protest movement and its possible ramifications.

A diplomatic feud has been bubbling between Paris and Rome over repeated expressions of support for the protests coming from top Italian officials. Di Maio’s co-deputy PM Matteo Salvini said this week that French people “will be able to free themselves from a terrible president” in May after European parliamentary elections take place.

Chalencon and Levavasseur are themselves planning to run in those elections, according to French media reports.

Responding to the decision to recall the ambassador, Salvini struck a more diplomatic tone, saying he would be happy to meet with Macron to discuss recent tensions and that Italy does not want to fall out with France.

Communist Dictator Of China Says All Humans Should Be Marked & Tracked

POWER GRID GOING DOWN? – IF IT DOES – THE REASON WILL BE A LIE LIKELY BLAMING IRAN – DAVID ICKE