In August of last year (2018), Forensicator came under fire for suggesting a sequence of events that might explain a one hour difference observed between the files in one of the archive files published by Guccifer 2 and another.  The report that prompted the controversy was Guccifer 2.0 CF Files Metadata Analysis.  The key findings that ignited a dismissive review were (emphasis added):

This finding was controversial at the time, because it advanced the idea that Guccifer 2 (or a member of Guccifer 2’s team) was (physically) operating out of the Central Time Zone (US).  Further, it suggested that a USB thumb drive may have been used to effect an “air gap” transfer (a technique used to avoid surveillance and detection).

Based on recent information, the case in favor of Forensicator’s findings has strengthened. We address this new development in this report.

The critical report was penned by Duncan Campbell; it was published in Computer Weekly (July 31, 2018).  Mr. Campbell threw a wide net and pulled various people into his story of alleged pro-Kremlin conspiracy.  Forensicator challenged Campbell’s hyperbolic claims in The Campbell Conspiracy.  Forensicator’s proposed scenario mentioned above, in particular, rubbed Campbell the wrong way.

Campbell was unimpressed by Forensicator’s logic.

Rather than accept Forensicator’s reasoning (that was based on observed facts), Campbell proffers the idea that Guccifer 2 decremented the time stamps for no particular reason.  In short, Campbell resorts to the “Guccifer 2 ate my homework” defense.  Campbell’s argument is further weakened when (in the same article) he takes the opposite position for another Zip file that Guccifer 2 published (ngpvan.7z).  There, he explained obscure patterns in the last modified times as being intentional.

A few months back (August, 2018), another researcher, Bruce Leidl (@bleidl), described his analysis of the first Zip file archive that Guccifer 2 published (five/so days after his debut).

Leidl’s Twitter thread focused on the metadata within the HRC_pass..zip [sic] file (we drop the extra “.” in this discussion).  His main focus at the time was to use the high precision internal timestamps in order to calculate an accurate estimate for the transfer speed of the files recorded in the Zip file.  Below, is an excerpt from his Twitter thread.

Some Zip Files Disclose the Timezone where they were Written

Leidl refers us to his GitHub gist, where he describes a pertinent discovery (emphasis added, below).  Leidl analyzes information in Guccifer 2’s Zip file that indicates the file was likely written on a computer located in the Central Timezone.

Steven McIntyre (@climateaudit) reviewed Guccifer 2’s email communications with Guccifer 2 and made some cogent observations on his Climate Audit blog.

By analyzing the email metadata, McIntyre concluded that Guccifer 2’s email was sent from a computer which had its timezone set to Central Time (US).

On the same day that he published the HRC_pass.zip file, Guccifer 2 also conducted an interview with Motherboard.  In the interview, Guccifer 2 claimed that he was a lone Romanian hacker, but the journalists reached a different conclusion.  Based on Guccifer 2’s poor fluency when writing in Romanian, they suggested that Guccifer 2 was more likely a Russian. 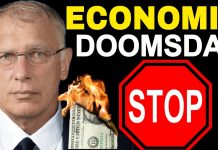