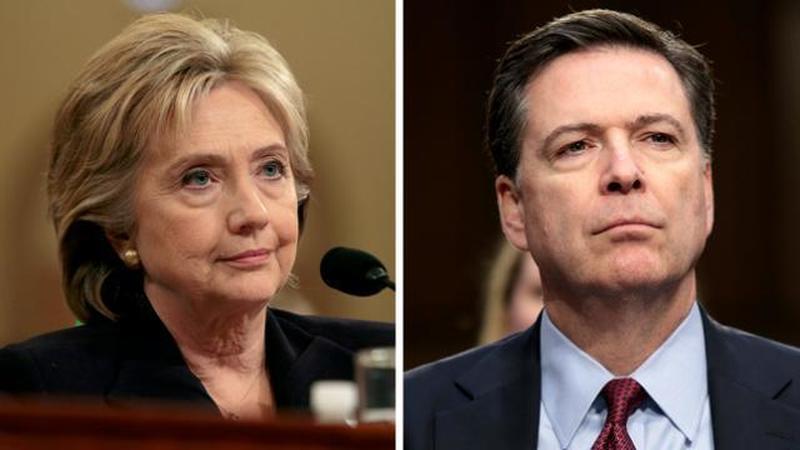 The top brass of the Obama FBI went to great lengths to justify their decision not to recommend charges against former Secretary of State Hillary Clinton for mishandling classified information, according to Judicial Watch, which obtained evidence that the agency created a ‘chart’ of Clinton’s offenses.

The newly obtained emails came in response to a court ordered Freedom of Information Act (FOIA) request that the DOJ had previously ignored.

Via Judicial Watch (emphasis ours):

[Redacted] writes: I am still working on an additional page for these TPs that consist of a chart of the statutory violations considered during the investigation, and the reasons for the recommendation not to prosecute, hopefully in non-lawyer friendly terms …

Strzok forwards to Page, Jonathan Moffa and others: I have redlined some points. Broadly, I have some concerns about asking some our [sic] senior field folks to get into the business of briefing this case, particularly when we have the D’s [Comey’s] statement as a kind of stand alone document. In my opinion, there’s too much nuance, detail, and potential for missteps. But I get they may likely be asked for comment.

[Redacted] writes to Strzok, Page and others: The DD [Andrew McCabe] will need to approve these before they are pushed out to anyone. At the end of last week, he wasn’t inclined to send them to anyone. But, it’s great to have them on the shelf in case they’re needed.

[Redacted] writes to Strzok and Page: I’m really not sure why they continued working on these [talking points]. In the morning, I’ll make sure Andy [McCabe] tells Mike [Kortan] to keep these in his pocket. I guess Andy just didn’t ever have a moment to turn these off with Mike like he said he would.