At the end of January, only a month after the official end of the QE program of the European Central Bank (ECB), its President Mario Draghi told the European Parliament’s committee that the central bank could resume its bond purchasing, in a questionable effort to assuage concerns over the impact of the policy change. As Europe’s economy flashes increasingly bright warning signs, doubts are multiplying over the sustainability of the ECB’s plans, the efficacy of its measures and its capacity to support the economy, should another crisis come to pass.

The many vulnerabilities of the European economy

The most recent Euro-area industrial production figures have revealed a very worrying 0.9% drop, more than twice the forecast in December. On year-on-year basis, the slump has been the worst since the Great Recession.

Meanwhile, Germany, the power engine of the entire bloc, has repeatedly showed signs of weakness, justifying and reaffirming the widespread concerns over the future of the European economy. The German economy has come to a grinding halt, with the latest growth figures showing that it remained unchanged in the last quarter of 2018. Missing the already grim forecasts of 0.1%, it trailed most of its Euro-area peers, as average growth came in at 0.2%. Having come so close to recession territory and with no positive signs on the horizon, a rebound at this stage appears very unlikely. As Bundesbank President Jens Weidmann said in a speech last month, the economic slump could last longer than earlier thought and “bad news from the German economy could keep coming for a while.”

After a long series of troubling reports and disappointing economic figures, the expectations for Europe’s performance have been dramatically tempered, with the European Commission announcing significant downward revisions for many of the area’s key economies. For the eurozone as a whole, its 2019 growth forecasts were cut to 1.3% in February, a noticeable slide from the 1.9% expected in November. Even after the downward revision, many analysts still find the expectations over-optimistic and instead project a much grimmer economic reality in 2019. As Citigroup put it in a strategist note: “Recession risk is everywhere, but more imminent in Europe than the U.S.”.

These risks are indeed hard to ignore in Europe. For one thing, Italy is a source of major concerns, both economically and politically. Eurozone’s third-largest economy is cracking under the pressure of its massive debt burden, while has officially fallen back into recession territory, seeing an economic contraction of 0.2% over the last quarter. Brexit is also an important risk factor, as the clock is running out and so are the hopes of an amicable divorce and a smooth transition. As for the trade disputes with the US, the friction and the threats of introducing heavy tariffs, especially on the automobile sector, have piled on the pressure and further darkened the bloc’s economic outlook.

The region has also been plagued with persistent and widespread protests and public unrest. The now notorious Yellow Vest movement that originated in France but soon took root in other member states too, shows no signs of fizzling out. To the contrary, leading figures from the French Yellow Vests are already planning their transition from the streets to the political arena, presenting a serious challenge to the status quo. At the same time, the vastly unpopular President Macron and his government have been intensifying their efforts to quell the movement, deploying increasingly violent and forceful methods of crowd control. The escalating brutalities seen in recent protests have sparked concerns over the use of police force and only served to inflame the protesters further.

The economic slowdown and the political tensions have formed a toxic cocktail that substantiates negative expectations and fears of an upcoming recession in Europe that could threaten the global economy. Companies in many major economies in the bloc are already projecting pronounced pessimism for the future, with German companies such as Leoni AG suspending dividend payments after earnings dropped more than expected and Daimler AG preparing a “comprehensive” cost-cutting program, after reporting a 28% drop in net profits in 2018. A recent survey of CFOs conducted by Duke University showed 66.7% expect to see a recession coming by the end of this year in Europe. On a global level, the Bank of America Merrill Lynch Fund Manager Survey revealed that pessimistic expectations stand at the highest point since December 2011.

Keeping in mind the heightened risks and the numerous indications that point to an upcoming economic downturn, the tactical readiness and efficacy of the ECB are of paramount importance, as the Central Bank will be once again called upon to save the day when the economy and the markets begin to crumble. This is why the ECB, in its current state of unpreparedness and with its astounding lack of ammunition to fight off the next recession is intensely troubling.

Over the last years, it has become apparent that the ECB has been slow to react and when it did, it achieved too little too late. In terms of normalization, it has clearly missed its opportunity to cut back its support in time to prepare for the next economic downturn. By prolonging its QE program and by pushing on with negative interest rates for far too long, the central bank has backed itself into a corner. While its American counterpart was much quicker to reverse course, hiking rates and proceeding with its quantitative tightening after a decade of loose money, the ECB’s chronic reluctance and fear of triggering a tantrum in the markets has placed it at a grave disadvantage. The central bank’s inadequacy will become very quickly apparent as soon as the next recession sets in. 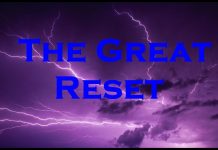