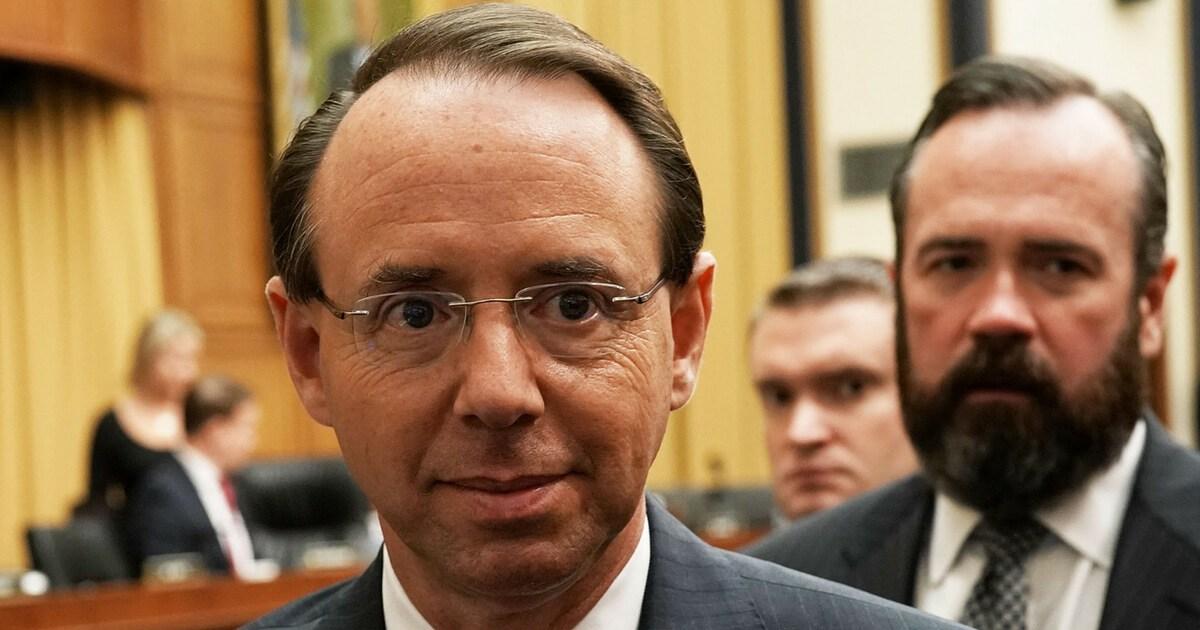 Rod Rosenstein has been doling out over $24 million in taxpayer funds to state bureaucrats in Nevada and California under the guise of ‘helping’ the victims of the Mandalay Bay massacre shooting.

Today he announced a new award of over $8 million to assist victims in California but the funds, like a previous $16 million Nevada, do not go directly to the victims. It goes to law enforcement and state boards who can give it to victims — or anyone else — they see fit.

This is the old bait and switch and the real victims end up on the short end again, after being gunned down. Even worse news for families who lost loved ones.

With the way the FBI led the cover-up of the investigation into the Las Vegas shooting, this also reeks of hush money payouts to co-conspirators. A reward to feckless and corrupt law enforcement agencies like The Metro Police in Las Vegas.

Or call it blood money.

Rosenstein also said the funds are, in part, earmarked for the police, the same folks who helped cover up the Las Vegas shooting. Your tax money used to reward these crooks.

You decide. We know this much: Very little of that money will find its way into the hands of the real victims and the families who lost loved ones. These are states run by Democrats. Simple math.

A portion of Rosenstein’s comments today:

The Department of Justice is a law enforcement agency, but we don’t just prosecute criminals—we also help their victims.  Today I am announcing that our Office for Victims of Crime will award more than $8.3 million to the California Victim Compensation Board to support victims of the 2017 mass shooting in Las Vegas.  The shooting claimed the lives of 58 people—and more than half of them from California.  Thousands of California residents were present that day, and hundreds were seriously wounded.  Immediately after the shooting, we started working with officials from California and Nevada to meet the needs of victims, their families, first responders, and the community.  We already awarded a grant of more than $16 million to the state of Nevada to support these services.  Today’s funding will help meet the critical long-term needs of victims, compensating them for financial losses and medical expenses and providing services to victims and first responders.

All of these steps make a difference.  Our offices are more productive than ever, and crime is going down in America.

Last year, the Justice Department prosecuted more violent crime defendants than ever before. We exceeded the previous total by almost 15 percent.

We also charged more than 15,000 defendants with federal firearms offenses, 17 percent more than the previous record. Based on reliable data, our productivity increased more in 2018 than ever before.