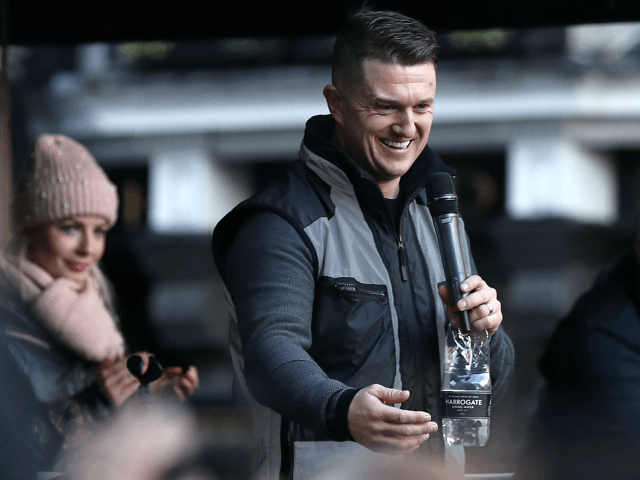 Did you see that shocking BBC Panorama documentary about the bullying, Soros-funded, far-left, anti-freedom of speech propaganda group currently touring British schools with the Government’s approval, turning kids into brainwashed progressives who believe that “Islamophobia” is a bigger threat than radical Islam?

No. And you never will.

That’s because instead of holding these far left thugs to account, the BBC considers them to be allies, fellow travellers, kindred spirits. Hence the disgraceful allegations that the BBC’s flagship documentary series Panorama got in bed with one such organisation — HOPE Not Hate — in order to carry out a hit job on Tommy Robinson.

That hit job, if Robinsons ‘Panodrama’ sting is to be taken at face value, has backfired horribly.

But before we discuss ‘Panodrama’ in more detail, let us first pause to consider what the reaction would be if the BBC teamed up with, say, the English Defence League to do a hit job on, say, HOPE Not Hate founder Nick Lowles.

The outrage would be enormous. Columnists across the mainstream media would be up in arms. Questions, I expect, would be asked in the House of Commons — not just by the usual leftist suspects but by squishy Conservatives virtue-signalling their dismay that the “impartial” BBC should be betraying its Charter obligations by working in cahoots with a ‘far right’ organisation to smear a charitable campaigner.

And up to a point, the outrage would be justified. As a publicly-funded organisation, the BBC is indeed required by its charter to show “due impartiality.” It’s not supposed to be left-wing or right-wing.

Here is what the BBC says about its Editorial Values:

Trust is the foundation of the BBC: we are independent, impartial and honest. We are committed to achieving the highest standards of due accuracy and impartiality and strive to avoid knowingly and materially misleading our audiences.

So how does that square with the allegations made against the BBC in Tommy Robinson’s ‘Panodrama’ documentary, screened on Saturday outside the BBC’s northern headquarters in Salford, Greater Manchester, if they prove to be accurate?

Badly, I would suggest.

Left-liberal BBC Panorama reporter John Sweeney — seemingly caught on camera boasting that one of his political heroes was “Daniel, um, Danny McGuinness”, apparently a misspeak for the Irish Republican Army terrorist and killer Martin McGuinness — appeared to be exposed via secretly recorded footage trying to stitch up Tommy Robinson like a kipper.

Sweeney strongly denies many of the allegations made by Robinson that he was acting unethically.

So too does HOPE Not Hate, especially with regards to the most damning allegation: that one of its members tried to blackmail and bully a former associate of Robinson’s, filmmaker Caolan Robertson, into dishing the dirt on Tommy, and subjected him to a kid of sexual assault.