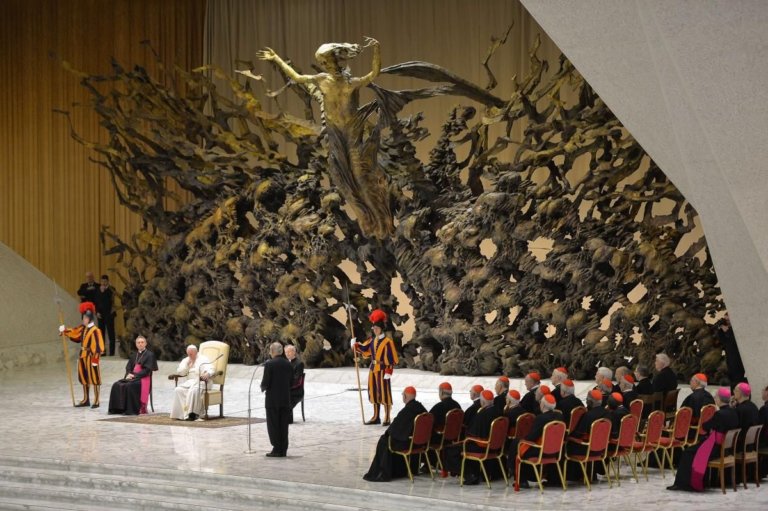 Do not turn a blind eye. Pedophilia goes far beyond the walls of the church, and spreads much like the plague, infesting local communities and infiltrating daycares, schools, and foster care, while many remain protected by local community leaders and officials. Child sex trafficking and church pedophiles are rampant, and the lists being disseminated by churches across the country, pointing to pedophile priests and clergy, most of which have long been deceased, is a swift way to clean their hands of it, with false transparency. What they don’t want people to know, is just how far this truly reaches, and the fact that teachers, attorneys, police officers, sheriffs, politicians, and even judges are in their “pedophile family,” making sure their secrets are safe, rather than the victims.

This is dark subject matter that is crucial for all to read in its entirety, in order to understand the true scope of what is happening to children across this country. Do not turn a blind eye – people must combat this for the children. This report will illustrate just how deep these nests go, the profoundly disturbing connections, detail of specific cases with numerous additional case links, show how communities are infiltrated, and what to pay very close attention to in one’s surroundings. Many churches are involved, not just the Catholic Church, who has the third highest total number of local congregations in the US, with 17,651 parishes. That said, it is important to touch on the Vatican in this report, due to significant statements and lack of action that has taken place.

The lists are trickling out, but are people seeing the bigger picture and just how widespread this is? Do people understand they have the power to stop this?

Let’s put this in perspective. In 2018 the Pennsylvania diocese released their list of 301 predator priests who sexually abused over 1,000 child victims. Since that report was released, investigations ensued into clergy in 14 states by attorneys general. New Jersey released a list of more than 180 priests. The Houston Chronicle uncovered 20 years of abuse by the Southern Baptist Convention, resulting in 700 victims, while those leaders who knew, did nothing. The Louisville KY diocese identified 48 priests. Bishops covered up the abuse by 118 Catholic clergy in Buffalo. In the California Bay Area, the list of priest sex offenders is currently at 212. Two Roman Catholic Jesuit provinces that cover nearly half the US, recently released a list of 153 priests and ministry leaders of sexual abuse that dates back to the 1950s. In a 2010 report by three advocacy groups, nearly 60% of Chicago’s Roman Catholic parishes have had a priest publicly accused of sexually abusing a child. In 2018, Illinois Attorney General Lisa Madigan revealed there were nearly 700 clergymen in Illinois that have been accused of child sexual assault. In 2017, six families with nine children filed a lawsuit against LDS – The Corporation of the First Presidency of the Church of Jesus Christ of Latter-day Saints, alleging that LDS leaders knew one of their members was abusing children for years, and they covered it up. Is this nightmare beginning to sink in yet? This is a mere sampling. Continue reading. Hundreds of lists have been released across 28 states thus far, and we haven’t even touched on the child trafficking aspect in connection with churches. There needs to be an interactive map created, with pins in every church denomination across the country. The clickable pin would reveal names, dates, and charges of all clergy who have been involved in sexually abusing children, as well as those who covered it up. This is a great idea for someone who wants to develop this app. Italy and Poland have created maps worth looking at, to see just how widespread this issue is. A brilliant interactive map of L.A.’s pedophile priests was created back in 2012 by Socal Connect. This is the type of map that needs to be created across the entire country, by state.

Make no mistake, pedophiles sharing children, and child sex trafficking go hand-in-hand in these nests they build. Just recently three pastors from Ohio were indicted on child sex trafficking charges, sharing the children, while operating out of multiple facilities. This case is illustrated further down, along with other cases involving child sex trafficking, a church involved with child sexual abuse and mutilations of cats for satanic rituals, a nest in Kentucky with a Judge sentenced to 20 years, and the indictments of countless other pedophiles involved in atrocities against children. What is important to absorb, is the fact that these people exist everywhere, and choose positions of work where children thrive. It is critical to be observant of one’s surroundings, to be able to spot the nests, and to be deeply aware of this epidemic, so as to protect ALL children.

SHAMED: Pope Francis Says “Accusers Are Friends or Relatives of The Devil”

The Pope was recently addressing pilgrims from the Italian diocese of Benevento, where he stated:

Whose is the office of the accuser! The devil! And those who spend their life accusing, accusing, accusing, are – I will not say children, because the devil does not have any – but friends, cousins, relatives of the devil.
He who loves the Church knows how to forgive, because he knows that he himself is a sinner and is in need of God’s forgiveness.

Is the Pope trying to shame victims who are only recently seeing an admittance from the Church, of sexual child abuse dating back to the 1950’s – victims, who’s perpetrators are long since dead? Victims who “accused” but never saw justice, and instead witnessed these men carry out their positions within the Church, while they continued to abuse other children. The Pope now states that these “accusers” are friends or relatives of the Devil, and if they love the Church they will know how to forgive. All the while, he sits on his thrown beneath a magnificent sculpture called ‘The Resurrection’ which depicts Jesus with a seemingly skeletal tail, surrounded by skulls, as the Pope peers out to his audience seated in a hall, fashioned to look like that of a snake.

In 2018, Monsignor Pietro Amenta, one of 22 judges of the Roman Rota accepted a plea bargain on charges of sexual molestation and having 80 pornographic images on his computer, some involving minors. From 1996-2012 he served as an official of the Vatican’s Congregation for Divine Worship and the Discipline of the Sacraments, prior to becoming a judge in 2012.

In 2018, Monsignor Carlo Alberto Capella, former official of the Vatican embassy in Washington D.C., was sentenced to five years for using a computer to download and distribute pornographic images of children engaged in sexually explicit acts.

In 2015, Archbishop Józef Wesolowski, a Vatican diplomat, died while under a form of house arrest, after facing charges of child abuse while in the Dominican Republic.

They all cover for one another, and it’s all beginning to percolate to the surface, in the public eye. The recent Chilean scandal, where the bishops and the Pope were essentially covering for one of their own, is a perfect example of this.

These are only a few of the thousands who have sexual abuse claims against them. Perhaps this shines a little light on why the Pope would like to keep this quiet, as in the past, and shuns accusers for daring to keep a spotlight on one of the world’s biggest and fastest growing tragedies of all time – pedophilia and child trafficking.

Do not turn a blind eye. Pedophilia goes far beyond the walls of the church, and spreads much like the plague, infesting local communities and infiltrating daycares, schools, and foster care, while many remain protected by local community leaders and officials. Child sex trafficking and church pedophiles are rampant, and the lists being disseminated by churches across the country, pointing to pedophile priests and clergy, most of which have long been deceased, is a swift way to clean their hands of it, with false transparency. What they don’t want people to know, is just how far this truly reaches, and the fact that teachers, attorneys, police officers, sheriffs, politicians, and even judges are in their “pedophile family,” making sure their secrets are safe, rather than the victims.

BIDEN IS A NATIONAL SECURITY THREAT: A MATTER FOR THE DEPARTMENT OF DEFENSE