from State Of the Nation: 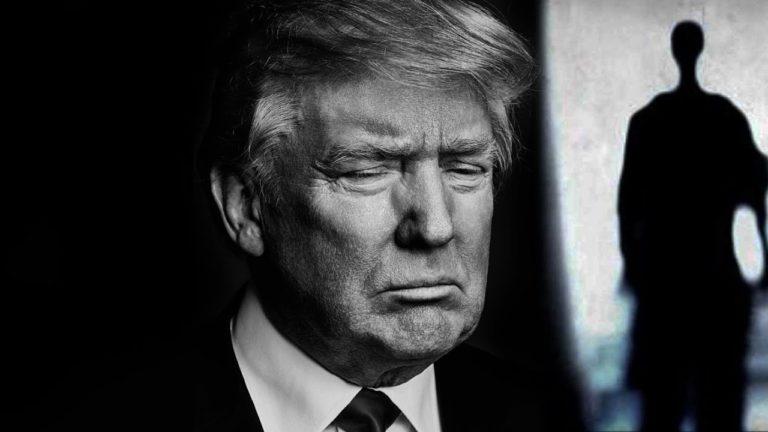 First, these are the indisputable facts:

The State Funeral for George H.W. Bush was held on Wednesday, December 5, 2018 at the Washington National Cathedral. (See the announcement below from their website.) 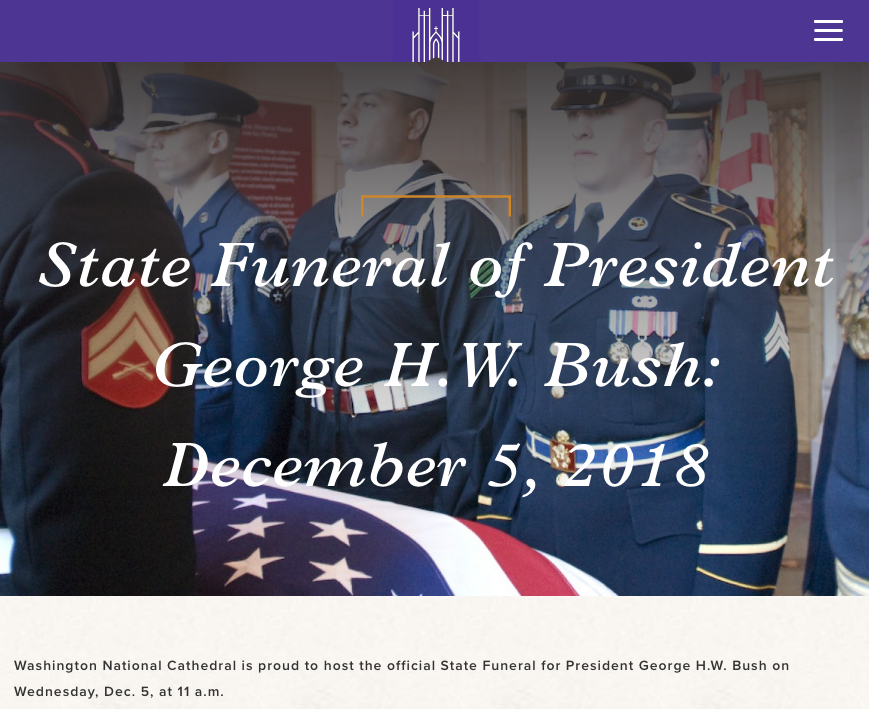 During the funeral, an extraordinary series of events took place that continue to puzzle the Alt Media to this very day.  These events are described at the following link: “THE ENVELOPE AFFAIR”: Bush Funeral Service Foreshadows a Major Series of Radical Events in Washington, D.C. 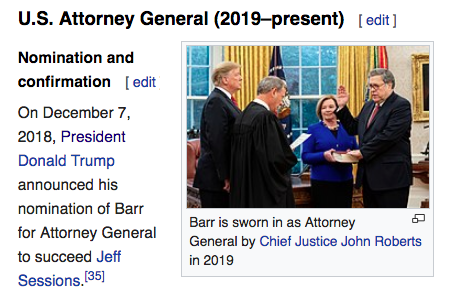 KEY POINT: There’s no question that William Barr was an elite fixer for Poppy Bush. He did things that only an AG would do knowing that they could act with total impunity, which he did.  Because Barr was always a Bush inside man, he is privy to the family secrets as only a ‘family attorney’ would be, so he is completely trusted by them.  Which is why he is now Trump’s Attorney General. See: William Barr’s Professional History During Clinton and Bush I Years

William Barr was confirmed as Attorney General on February 14, 2018.  This critical AG appointment is the single most important personnel change for the Trump administration in 2019.  The true significance of this move will inevitably expose itself in the months to come.  In the meantime, the following narrative is presented for those who really want to know what time it is RIGHT NOW.

Everything points to a truce proposition floated at the funeral by President Trump—a truce that was quickly accepted by both sides of the epic feud.

The Bush political dynasty is powerful and pervasive.  Under W. Bush the family closely aligned with the Neocon cabal and other influential Zionists.

President Trump is also joined at the hip with both Christian and Israeli Zionists, and especially with the Chabad organization through his Orthodox Jewish son-in-law Jared Kushner.

It appears that Trump knew that he would not have a moment’s peace for his remaining two years and therefore reached out to the Bushes (and other leading crime syndicates) to agree to a peace treaty of sorts.

All the biggest names in both the Bush and Clinton Crime families were present during the Bush funeral.  In this way, Trump was able to disseminate the word to all of them that he would no longer pursue his campaign promise to drain the swamp.  If Trump was to drain the D.C. swamp, all of them would be flushed down the tubes—FAST!

Clearly, whatever messages were delivered to each of the representatives of the Bush, Clinton and Obama camps at the funeral proved that Trump was dead serious.  The biggest message, of course, was that Trump would release highly sensitive information and/or prosecute high crimes that would sink all of their ships in a day and a night.  Their various reactions during the “Envelope Affair” clearly reflected a dire warning from Trump. (See: What in the world really happened at the Bush funeral?)

There’s much more intrigue and privileged info associated with this high drama and its aftermath which are explained in captivating detail at the following two links.  It is with great certainty that the “Envelope Affair” was staged and filmed by Team Trump to have maximum effect.  It may even be the case that both sides were in on it from the beginning as a way of informing all the key players (and the public) that a truce was offered which was decisively accepted.

2019 Changes in the Trump Presidency: THE HIDDEN BACK STORY (Part I)

2019 Changes in the Trump Presidency: THE HIDDEN BACK STORY (Part II) 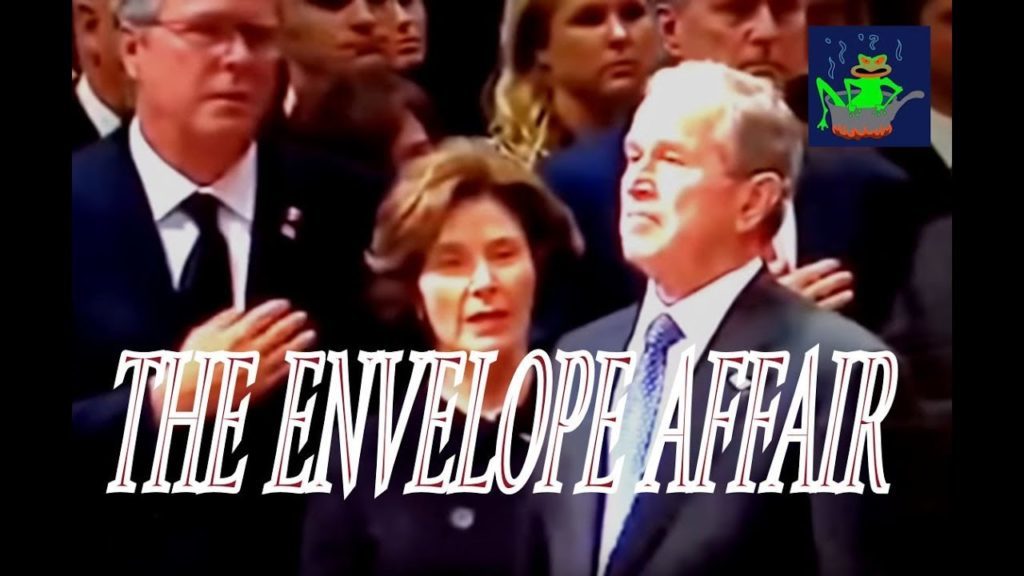 KEY POINTS: After nearly 2 years on the job, Trump came to realize that you can’t fight city hall.  Especially when most of your enemies are invisible.  No matter who he appoints, even if they are truly white hats, he saw how easily any administration appointee or government official can be turned against him.  His sincere promise to make peace with Russia was not only thwarted at every turn, it has been used against him to portray him as a traitorous POTUS.  He saw that the Military-Industrial Complex alone  — a big Trump supporter — would not permit a rapprochement with Russia as it’s not good for business.  The MIC always needs a boogeyman for the specter of war to loom large in the collective American mind; after all, The USA is the Military Arm of the New World Order.

The major takeaways of this rapidly evolving state of affairs inside the swamp are as follows:

*LARP = Live Action Role-Playing and “is a type of interactive role-playing game in which the participants portray characters through physical action, often in costume and with props”.

•  With AG William Barr in place there will be no prosecutions of the Clintons, the Bushes, the Obamas or any other crime family including the Rothschilds and Rockefellers.  Even career criminal George Soros will skate.  The nomination of Barr just 2 days after the funeral reflects the likelihood that the truce offer was immediately accepted by both sides and that Barr would enforce the non-prosecution agreement as Attorney General.

•  The swamp inside the Beltway will NOT be drained — not even a little — because any prosecutions would make very vulnerable the various crime families.  Convictions could even lead to the exposure of the Khazarian Mafia and Black Nobility that really run the whole show as they have since the Federal Reserve Act of 1913 and before.  The Illuminati crime families simply posses too much wealth to ever be taken down; LOTs of money buys LOTs of power and influence.

•  The foreign policy of the Trump administration has been completely taken over by warmongering Neocon Zionists.  They have been given free rein to execute regime changes in Venezuela, Nicaragua, El Salvador and even Cuba.  They will also target Iran in the very near future as well as continue to occupy Iraq, Libya and Afghanistan.  Syria is also still in their crosshairs for another day…after other “shock and awe” military conquests have been successful.  Just who are those Neocon Zionists?

•  Trump’s foreign policy is no longer under his control.  Neither are his major domestic policy decisions.  He will appear to press on with the border wall, replacing Obamacare, protecting the Second Amendment, and outlawing abortion as a contraceptive, but these initiatives will only be given lip service henceforth.  None of them will be accomplished during the remainder of his term in office. See: Trump was even unable to stop infanticide being legalized

•  It’s also quite likely that Donald Trump will NOT run again for office as part of the deal.  At this point, most of the crime syndicates that really run the world do not want him as POTUS, except to usher the USA through a highly controlled bankruptcy.  This will be his primary task should the power elite crash the stock market, yet again, and then pull the plug on the global economy.  That would be THEIR FINAL SOLUTION if all else fails.

A number of significant things have happen since Barr was first nominated, as well as after he began his new job at the DOJ.  First, it was announced that Deputy AG Rod Rosenstein would be leaving in March.

Special Counsel Mueller has also indicated that his fake investigation was quickly coming to an end.  Much more importantly, it has been reported in multiple MSM news outlets that the final report might not even be made public.  And, that whatever information was made available to the American people would likely be sanitized and redacted ‘wherever appropriate’.

The upshot of all of this posturing is, of course, that Barr will not release any info/data that would be a contravention of the secret deal between the Trumps and the Bushes.  As the ultimate gatekeeper at DOJ, Barr will be sure to dampen any intentions that Mueller originally had to implicate Trump a the Russiagate hoax.  Nothing gets out into the public domain via the Attorney General that will put the Mexican standoff inside the Beltway in jeopardy.