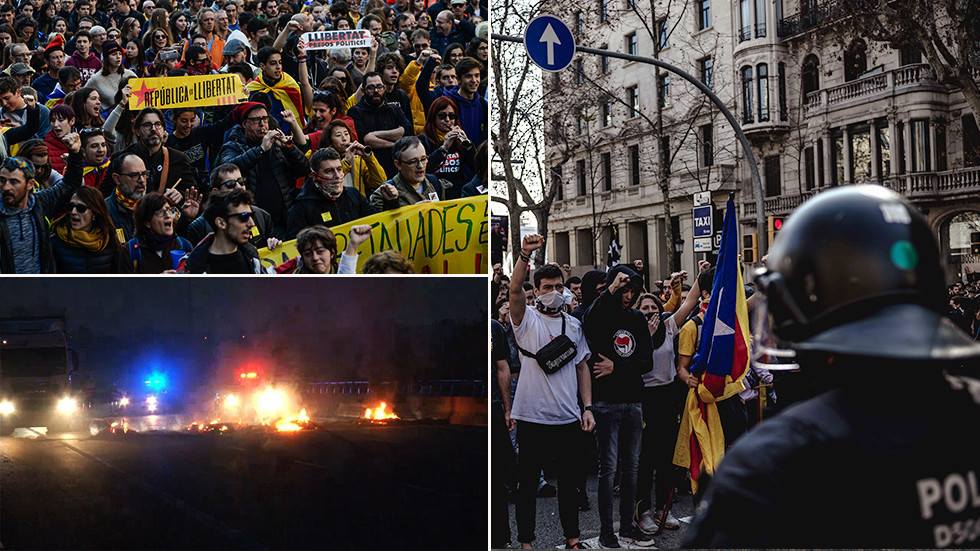 Pro-independence activists in Catalonia are venting their anger at Madrid’s trial of the region’s provincial leaders. Baton-wielding police scuffled with some of the demonstrators as people also blocked roads and set tires ablaze.

The group behind the protest is called the Committees for the Defence of the Republic (CDRs) and has been involved in demonstrations against Spain’s central government for months. The goal of Thursday’s action is to ‘paralyze everything,’ as the group put it. 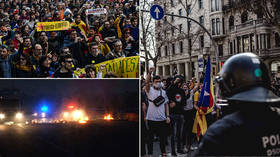 One of the columns in front of the Barcelona’s University. The strike against the #SpanishInquisition trial is a Huge Success all over Catalonia #VagaGeneral21F pic.twitter.com/SIeMGyhiJz

The protesters managed to disrupt traffic on several major roads with barricades of burning tires. They also interfered with the work of local railroads and occupied an office building in Girona, a city some 100km (62 miles) northeast of Barcelona.

Pennsylvania Hearings Kick Off Drive To Save The Republic, President Trump: “We Won The Election, By A Lot!”