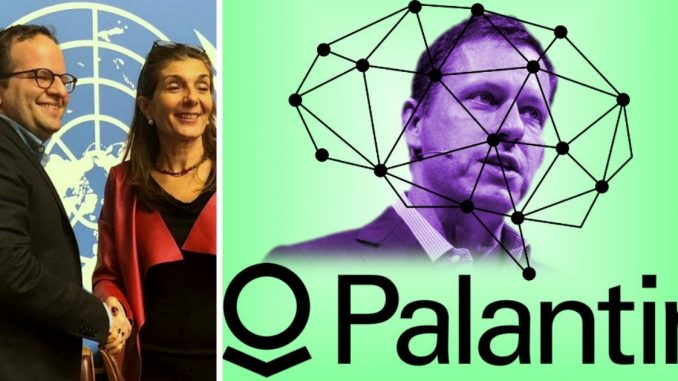 The CIA-funded California software firm Palantir Technologies and the World Food Program (WFP) have announced a five-year $45 million partnership that data privacy and human rights advocates are describing as “breathtaking and terrifying” as well as “horribly irresponsible and potentially incredibly harmful.”

The partnership, according to a joint statement released Tuesday, builds on a pilot project that allowed the United Nations agency to analyze aid decisions using a Palantir application that pulls together data on nutritional values, sourcing locations, delivery times, and food costs.

While WFP executive director David Beasley claimed that “our work with Palantir will save time and money so we can more effectively and efficiently feed 90 million people on any given day across the globe,” critics raised alarm about the company’s record and warned the deal threatens the rights of people already living in precarious conditions.

The UN has made a deal with Palantir to give them highly sensitive data about aid recipients in the World Food Program – part of their “very aggressive digital transformation journey.” World reacts in horror. 😱 https://t.co/SiJvaKcGhM

“This data is highly sensitive, and it is essential that proper protections are put in place, to limit the data gathered, transferred, and processed,” noted Privacy International. “The recipients of WFP aid are already in extremely vulnerable situations; they should not be put at additional risk of harm or exploitation.”

WFP’s chief information officer Enrica Porcari insisted at a press conference that personal information won’t be at risk because “there is no data-sharing” with Palantir under the deal—but Privacy International warned that with its research, “we’ve seen examples of systems that are produced in agreements such as the one between WFP and Palantir increasing risks to the people the systems are aiming to benefit.”

A humanitarian data analyst, who requested anonymity due to work relationships, told the news outlet IRIN: “WFP is jumping headlong into something they don’t understand, without thinking through the consequences, and the U.N. has put no frameworks in place to regulate it.”