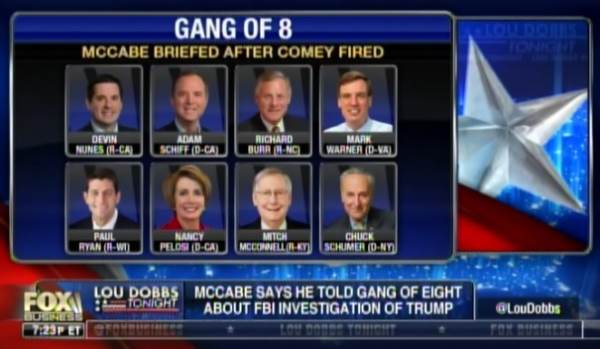 The Gang of 8 members did not respond to the accusation today.

Fired FBI Deputy Director Andrew McCabe said on Tuesday that no members of the “Gang of Eight” congressional leaders objected when he informed them in May 2017 that the FBI had opened a counterintelligence investigation into President Donald Trump over his ties to Russia.

McCabe, who was serving then as acting FBI director after Trump fired Director James Comey, said on NBC’s “Today” show that no one in the briefing objected to the bureau’s inquiry of whether Trump was being used as a Russian asset — “not on legal grounds, constitutional grounds or based on the facts.”

Here is the video: