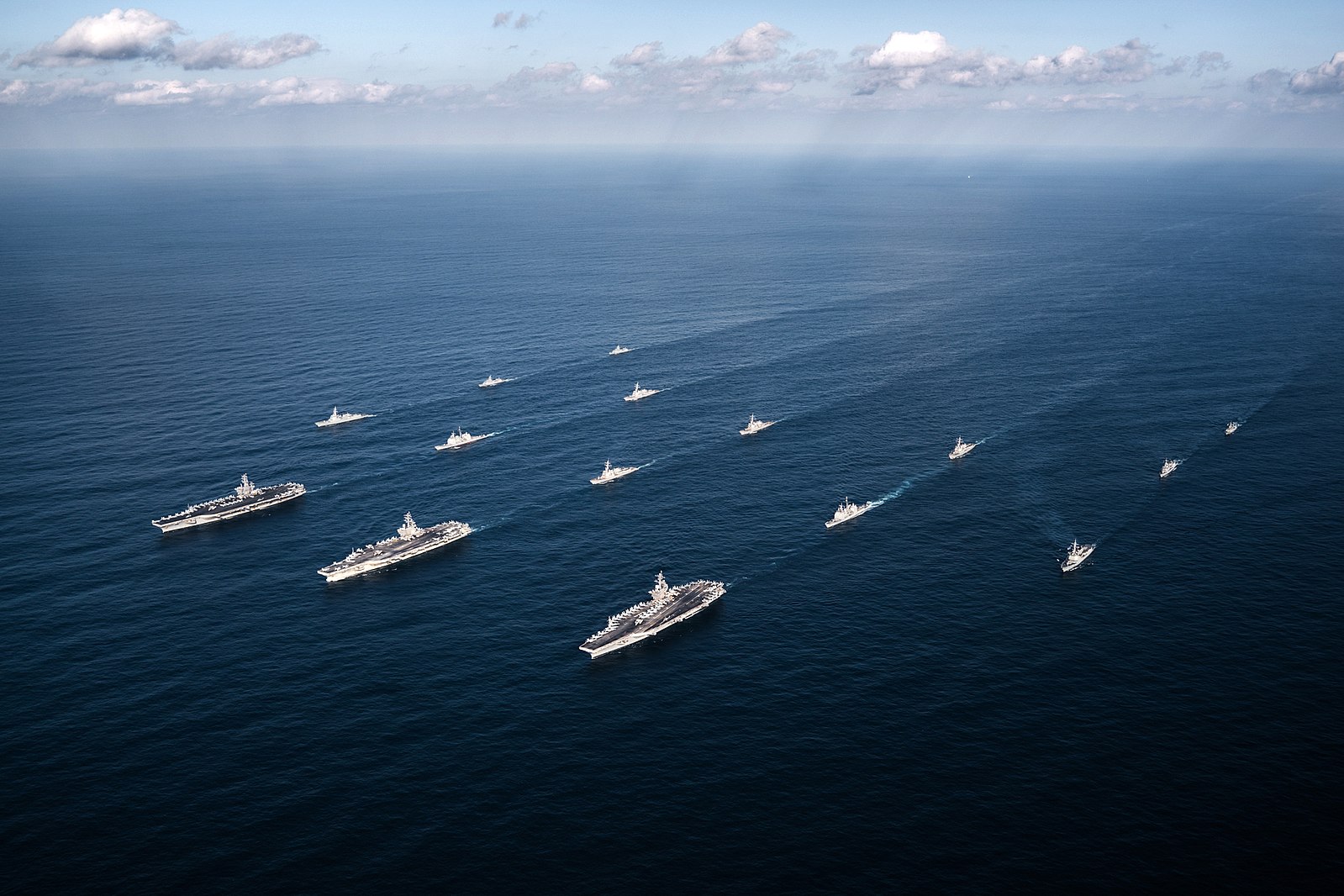 We are getting dangerously close to war with Venezuela.  Last month, 35-year-old Juan Guaido declared himself to be the new president of Venezuela, and since that time 50 countries have recognized him as the legitimate leader of the country.  But Russia, China and much of the rest of the world still recognizes Nicolas Maduro, and Maduro is absolutely determined to remain in power.  The Venezuelan military appears to be fully backing Maduro, and that is going to make it extremely difficult to remove him.  On Monday, President Trump ramped up pressure on Maduro by telling the world that “all options are open” when it comes to regime change in Venezuela…

“We know who they are and we know where they keep the billions of dollars they have stolen,” Trump said, warning Venezuelan military officials who continue to back Maduro that they are “risking their future.”

“We seek a peaceful transition of power, but all options are open,” Trump said.

Those are very ominous words, and I want you to consider the implications of those words very carefully.

Of course the White House would gladly welcome a peaceful resolution that would remove Maduro from power, but that is very unlikely to happen.

So that means either Trump is going to have to back down and allow Maduro to stay in power, or else opt for a military option.

And as we have seen in the past, other nations may participate in a “coalition” to remove Maduro, but ultimately the heavy lifting would be done by the U.S. military.

The Venezuelan military is no match for the U.S., but it is no pushover either.  It would take much more than dropping some bombs to get rid of Maduro and his government, and so what we are really talking about is a potential U.S. invasion of Venezuela.  It would be a horrible, bloody conflict, and even after the U.S. had secured the major cities, socialist forces would keep on fighting back for endless years to come.  That means that we would have to keep troops there indefinitely, and it would almost certainly become another quagmire like we witnessed in Vietnam, Iraq and Afghanistan.

And for what?  Just so that we can put in a new puppet government that is slightly less socialist and that will play along better with the rest of the global establishment?

Also, if we invade Venezuela we could find ourselves in direct conflict with Russian forces, because they are already there…

The arrival of 400 Russian military contractors after Mr. Trump’s Jan. 23 recognition of Mr. Guaido, the head of the National Assembly, triggered speculation that Moscowwas reinforcing Mr. Maduro’s personal security or even preparing his evacuation.

But with Mr. Maduro defying calls to step down, the Russian mission may be more extensive than reported, said John Marulanda, a U.S.-trained intelligence officer and adviser to conservative Colombian President Ivan Duque, an opponent of Mr. Maduro. Mr. Marulanda said the recent Russian arrivals are special forces — Spetsnaz — who are being embedded among Venezuela’s elite military units to better resist any U.S. intervention or internal coup against Mr. Maduro.

Do we really want to go head to head with Russian special forces over the political future of Venezuela?

If we are going to ask young American men and women to shed their blood, it had better be for a really, really good reason, and not liking the socialist leader of Venezuela does not qualify.

In the short-term, the focus for the U.S. is going to be on trying to get “humanitarian aid” into Venezuela from neighboring Colombia and elsewhere.

During his speech, Trump admitted that U.S. Air Force cargo planes have been shuttling such aid into Colombia in recent days…

“Two days ago the first US Air Force C-17 landed in Colombia loaded with crucial assistance, including thousands of nutrition kits for little Venezuelan children,” Trump said. “Unfortunately dictator Maduro has blocked this life-saving aid from entering the country. He would rather see his people starve than give them aid.”

“Maduro is not a Venezuelan patriot, he is a Cuban puppet,” Trump added.

But of course the U.S. could have been offering humanitarian aid to Venezuela for many years.  Instead, our brutal sanctions have been crippling their economy and have greatly facilitated this crisis.  Starting on Saturday, a very strong push will be made to “peacefully” bring U.S. aid across the Venezuela border in an all-out effort to make Maduro look bad…

The Trump administration and the Venezuelan opposition have staked their plans to weaken President Nicolás Maduro on a climactic moment only days away: On Saturday, they will try to break his blockade of the border with a delivery of food and medication.

The two have set Feb. 23 as the deadline for an ambitious land-and-sea campaign that would bring humanitarian supplies through Colombia, Brazil and the Caribbean and into the hands of thousands of Venezuelans who have suffered the greatest economic collapse the region has faced in generations.

It is exceedingly obvious that Nicolas Maduro is a horrible leader, and everyone knows that he is going to block any U.S. effort to bring anything across the border.

But this isn’t about trying to help the people of Venezuela.  In the end, this stunt is designed to provoke favorable media coverage that will help build public support for war.  During remarks to the press, John Bolton essentially admitted as much…

“We hope that the press will be there to see the Maduro loyalists stopping humanitarian assistance from going to the poor people of Venezuela,” Mr. Bolton said. “People want to know why the Venezuelan people are rising up. That act by Maduro would be proof beyond words.”

John Bolton has always been a neocon, and this is straight out of the neocon playbook.

Let us hope that when push comes to shove, President Trump will reject the advice of neocons like Bolton and will decide that invading Venezuela is not the right thing to do.