participating.  He was also tied to the Clinton State Department and a child trafficking operation.

Over the past year, the Miami Herald examined a decade’s worth of court documents, lawsuits, witness depositions and newly released FBI documents. Key people involved in the investigation — most of whom have never spoken before — were also interviewed. The Herald also obtained new records, including the full unredacted copy of the Palm Beach police investigation and witness statements that had been kept under seal.

The Herald learned that, as part of the plea deal, Epstein provided what the government called “valuable consideration” for unspecified information he supplied to federal investigators. While the documents obtained by the Herald don’t detail what the information was, Epstein’s sex crime case happened just as the country’s subprime mortgage market collapsed, ushering in the 2008 global financial crisis.

Records show that Epstein was a key federal witness in the criminal prosecution of two prominent executives with Bear Stearns, the global investment brokerage that failed in 2008, who were accused of corporate securities fraud. Epstein was one of the largest investors in the hedge fund managed by the executives, who were later acquitted. It is not known what role, if any, the case played in Epstein’s plea negotiations.

The Herald also identified about 80 women who say they were molested or otherwise sexually abused by Epstein from 2001 to 2006. About 60 of them were located — now scattered around the country and abroad. Eight of them agreed to be interviewed, on or off the record. Four of them were willing to speak on video.

The women are now mothers, wives, nurses, bartenders, Realtors, hairdressers and teachers. One is a Hollywood actress. Several have grappled with trauma, depression and addiction. Some have served time in prison.

A few did not survive. One young woman was found dead last year in a rundown motel in West Palm Beach. She overdosed on heroin and left behind a young son.

Now, thanks to those stories, the DOJ has reportedly opened an investigation into the conduct of DOJ attorneys in the case, and whether they committed “professional misconduct” in their working relationship with Epstein’s attorneys.

The probe was opened in response to a request lodged by Sen. Ben Sasse, a a Nebraska Republican and member of the Senate Judiciary Committee, who raised questions about the case after reading the Herald’s stories about how Acosta and other DOJ attorneys worked with defense attorneys to cut a lenient plea deal for Epstein back in 2008, per the Herald.

“Senate Judiciary Cmte. member Sasse says the US Justice Dept. has opened an investigation into allegations that dept. attorneys ‘may have committed professional misconduct in the manner in which the [Jeffrey] Epstein criminal matter was resolved.’”

JUST IN: Senate Judiciary Cmte. member Sasse says the US Justice Dept. has opened an investigation into allegations that dept. attorneys “may have committed professional misconduct in the manner in which the [Jeffrey] Epstein criminal matter was resolved.” pic.twitter.com/3pHkm3dBQF 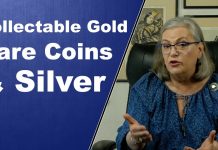