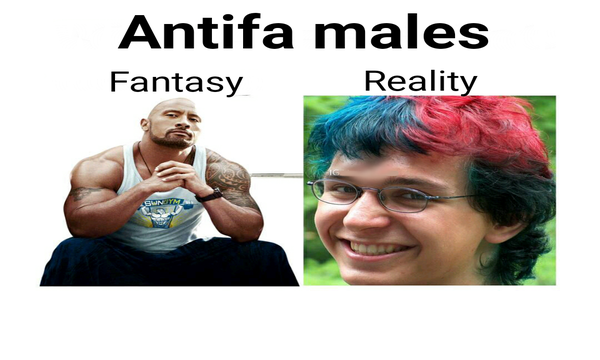 Long before there was an Antifa active in America there were other groups of violent, radical leftists. One of these was the Weather Underground of the nineteen sixties, and one of its leaders was Hussein Obama’s old comrade, William Ayers. There is a picture of Ayers, who was involved in planning bombings designed to kill and maim ordinary people, following his arrest. The young punk in the picture, his head cocked arrogantly to one side, is sneering at the camera, for what has he to fear from the law? Like so many of his kind, then and now, he was a pampered child of privilege; his father was Thomas Ayers, the fabulously wealthy CEO of Commonwealth Edison.

The government dropped all charges against William Ayers due to FBI misconduct. The FBI, we have all learned, is very good at “bungling” cases against real criminals, and equally good at railroading innocent people. Like his equally arrogant and privileged wife, Bernardine Dohrn, Ayers would be given a cushy job as a “teacher” at a university, meaning an indoctrinator for the next generation of leftists.

Meanwhile, law-abiding people earned advanced degrees and were unable to get university or even junior college jobs…I speak here from personal experience. In fact, looking at the rogue’s gallery of prominent academics, it is clear that the indoc centers have long hired people because of their radicalism and violence. The Weather Underground would eventually fade away, to be replaced by Occupy Wall Street and then Antifa, and the Black Panthers would be replaced by the New Black Panthers and by Black Lives Matter (BM). 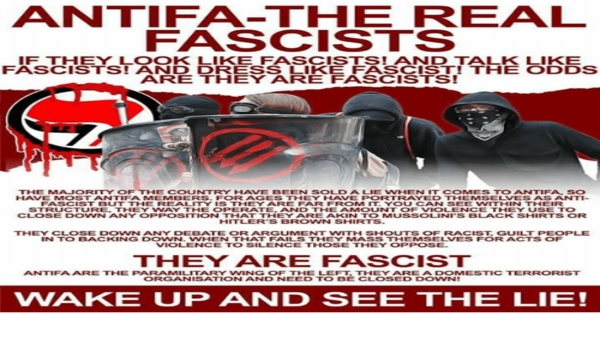 In the time-honored tradition of the left, Antifa stands for “anti-fascist” but it is actually a fascist organization. It has its spiritual roots in Europe in the pre-war Nazi era, but in its present form it is a new organization adhering to the very old ideas of the left. It began as “Anti-Racist Action” in 1987. It is helpful to remember that fascism is left wing, not “right wing” and communism is its most extreme form, more totalitarian even than National Socialism (Nazism). Like their predecessor organizations, the Antifa thugs are well financed (we can guess by whom) and have professionally made signs ready for every demonstration.

They prefer to dress in Luciferian black, like their Muslim comrades, and their flag is colored black, white, and red like the Nazi flag and like (according to Plato) the building stones of Atlantis. They commit acts of violence and vandalism whenever their numbers are overwhelming enough to give them courage. Both they and the BM thugs have been videotaped parading in public with “assault rifles,” and the police in leftist-dominated cities (just about all of them) let them get away with it…and pretty much anything else they feel like doing. Odd, isn’t it, the way the left hates the very idea of armed citizens…unless they are violent leftists, who get a pass? Hypocrisy and leftism are virtually synonymous.

Many Antifa types are women, or, rather, shrill, shrieking witches. The “men,” brave enough when heavily armed, supported by the police, and outnumbering any possible opposition, tend to be girly men, beta males, soy boys. No “toxic masculinity” is to be found among them. Leaders include people like Scott Crow and Mark Bray, and the giraffe-necked Joseph Alcoff, an admitted communist, who also uses names like “Jose Martin” and “Chepe,” and began as a leader of “Smash Racism D.C.,” because leftists profess to believe that America is dominated by old, White racist men who enslave and lynch Black people.

Alcoff was also involved with “Occupy Wall St” and “Cop Watch,” and advocates killing all rich people, save, of course, for rich leftists. Of course, it was the Demoncraps who supported slavery and created the Klan and instituted Jim Crow laws and segregation, and have progressed to the virtual destruction of the Black family and the placement of Planned “Parenthood” abortion mills in inner city Black neighborhoods. But pay no heed to all that, for those are just facts. Facts? We don’t need no stinking facts. 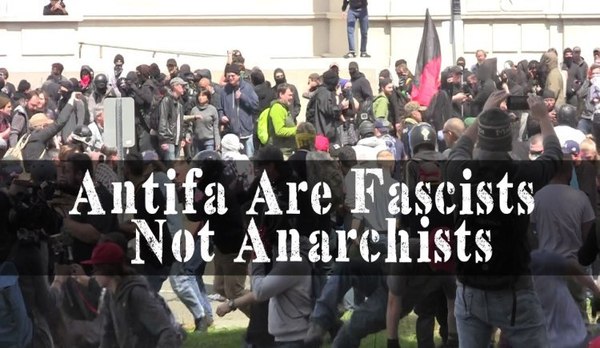 Antifa mobbed Tucker Carlson’s house when he was not home, boldly terrorizing his wife; they have gathered on city streets and disrupted traffic; and in November of 2018 in Philadelphia, a large mob of them attacked two USMC reservists, Alejandro Godinez and Luis Torres, calling them “Nazis” and “White supremacists”, despite their being Hispanic. Like I said, they don’t need no stinking facts. They sprayed them with mace and beat and kicked them, inflicting serious injuries. Godinez said they called him a “Spic” and a “wetback.” And these are people who pretend to oppose racism.

There is a video of a mob of Antifa types displaying a sign saying “we hate the Proud Boys” and another saying “no hate.” Of course, the irony of this is lost on such clueless leftists. The Proud Boys were originally founded by Gavin Mcinnes, who was also the co-founder of Vice Media. They are a right wing group opposing Antifa, and have chapters in all the major English-speaking nations. They have some Black members and a women’s auxiliary, and they engage in street brawls with the leftists.

A similar, but local and smaller group is Patriot Prayer in Portland, Oregon, founded in 2016 by a man named Joey Gibson. When leftists or Black racists engage in violence against citizens and the leftist-dominated police refuse to do their duty and stop them, we peasants have no recourse other than fighting back, meeting violence with counter violence. I expect that there will be a good deal more of this in the near future.

And the leftists will have brought it upon themselves.