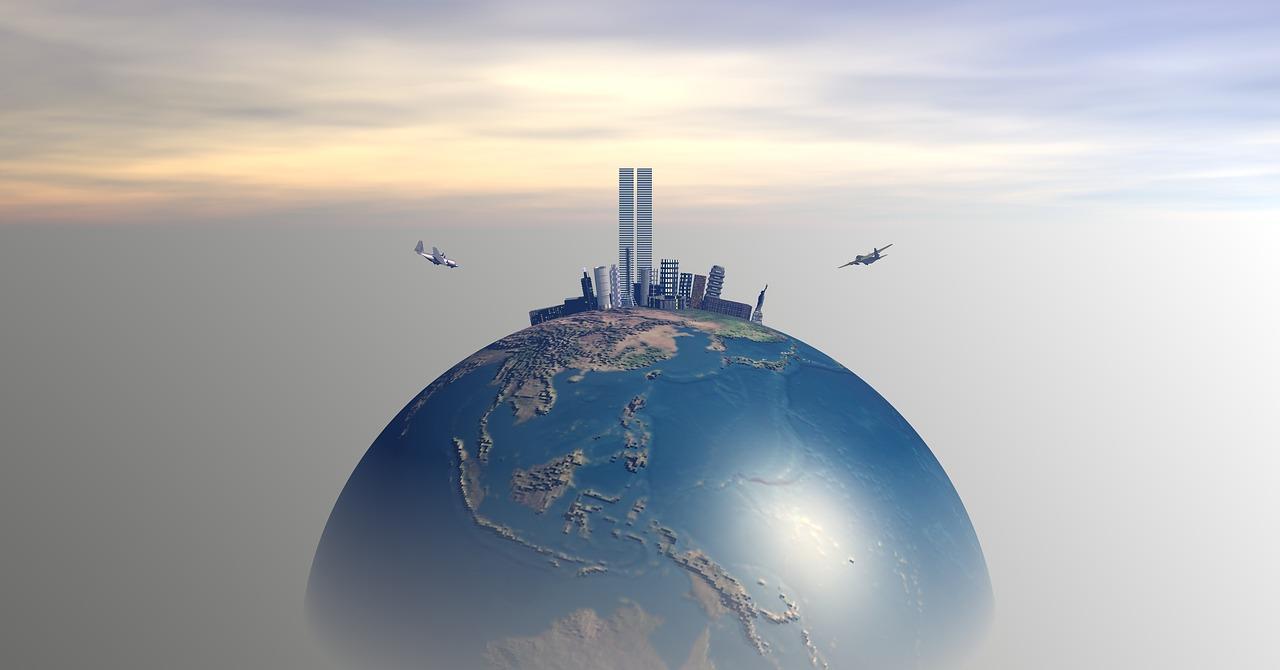 IMF Managing Director Christine Lagarde made headlines all over the globe this week when she declared that “the risk of a sharper decline in global growth has certainly increased”.  As you will see below, signs of economic trouble are popping up all over the planet, and pretty much just about everyone is now acknowledging that the global economy is slowing down.  But does that mean that we are headed for a global recession in 2019?  Well, things certainly do not look good right now, but there is still time to turn things around.  But in order to turn things in a more positive direction, something has got to be done to stop the downward momentum that seems to be accelerating in the early portion of this year.

On Monday, the IMF slashed their forecast for global economic growth for the second time in three months…

The International Monetary Fund (IMF) revised down its estimates for global growth on Monday, warning that the expansion seen in recent years is losing momentum.

The Fund now projects a 3.5 percent growth rate worldwide for 2019 and 3.6 percent for 2020. These are 0.2 and 0.1 percentage points below its last forecasts in October — making it the second downturn revision in three months.

But at least they are still projecting global economic growth this year, and many would argue that “a 3.5 percent growth rate” is wildly optimistic.

At this point, it seems like just about everywhere you look economic confidence is declining.  For example, one recent survey found that the percentage of global CEOs that believe that the world economy will slow down over the next year has jumped dramatically…

Rising populism, policy uncertainty and trade conflicts have led to a sharp drop in confidence among global CEOs.

The share of chief executives who think the global economy will slow over the next year has jumped to nearly 30% from 5% in 2018, according to a survey of 1,300 top business leaders by audit giant PwC.

At least publicly, corporate CEOs usually want to put a positive spin on the future, and so it is absolutely astounding that this number has risen so much in a single year.

But there is no denying what is happening around the world right now.  Over in Asia, China just announced that 2018 was the worst year for economic growth that country had seen in 28 years.

In addition, Chinese corporate bond defaults soared to an all-time record high in 2018, and it looks like 2019 could easily be even worse.

On the other side of the globe, Europe’s largest economy actually contracted during the third quarter…

In Europe, its largest economic powerhouse Germany has been dented after it was announced the German economy had contracted in the third quarter.

This left Berlin skirting on the fringe of recession territory with economists fearing the most powerful economy in Europe was on the brink of financial chaos.

Europe faces great uncertainty during the months ahead.  There is a very real possibility that we could have a “no deal Brexit”, Italy is teetering on the brink of complete and total financial ruin, and the entire European banking system could begin to collapse at any time.

Meanwhile, we continue to get more indications that the U.S. economy is slowing down as well.

For example, on Monday we got news that JCPenney is “on the precipice of bankruptcy”…

JCPenney already finds itself in a precarious position in the first month of 2019: stocks are dwindling, sales are falling, and its desolate boardroom is still waiting for a number of senior vacancies to be filled.

Analysts fear the multitude of problems the department store is now facing points towards a ‘broken business’ balancing on the precipice of bankruptcy.

And just like its once fierce competitor Sears, all 846 of its stores could face closure, potentially affecting thousands of workers and risking another heavy blow to an already beaten-and-bruised retail sector.

Just like Sears, JCPenney is headed for zero, but it will take some time for the process to fully play out.

And the same thing is true for the nation as a whole.  As James Howard Kunstler observed in his most recent article, our financial system “is on a slow boat to oblivion”…

As in this age of Hollywood sequels and prequels, America prefers to recycle old ideas rather than entertain new ones, so you can see exactly how the 2020 presidential election is shaping up to be a replay of the Great Depression, with Roosevelt-to-rescue! — only this time it’ll be with somebody in the role of Eleanor Roosevelt as chief executive. Donald Trump, of course, being the designated bag-holder for all the financial blunders of the past decade, gets to be Herbert Hoover. As was the case in the original, economic depression will segue into war, with maybe not such a happy ending for us as World War Two was.

There should be no doubt that the money part of the story is on a slow boat to oblivion. The world has been running on loans to such a grotesque degree that it’s managed the impressive feat of bankrupting the future. The collateral for all that debt was the conviction that there were ample amounts of future “growth” up ahead to service that debt. That conviction is now evaporating as car sales plummet, and real estate goes south, and nations twang each other over trade, and global supply lines wither. Globalism is unwinding — and not for the first time, either.

Of course most ordinary Americans are not getting prepared for what is ahead because they do not believe that anything is going to happen.

Despite an abundance of evidence to the contrary, most people believe that the system is stable and that our political leaders can easily fix any problems that may arise.