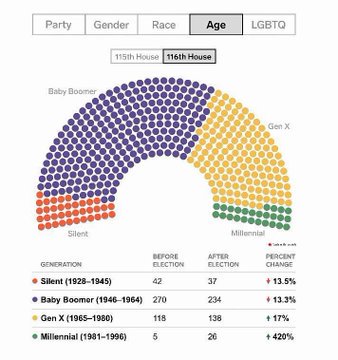 If you don’t follow me on Twitter, you’ve been missing out on some good stuff. With the brith of our third child a couple of months ago, it’s been increasingly hard for me to find the time to sit down and write longer posts, so I’ve been putting more and more content on Twitter. Last Friday, Brent Johnson of Santiago Capital, asked me to provide additional thoughts on my recent turn to being far more bullish gold. Normally I would’ve written it in a piece, but being pressed for time I put together a Twitter thread.

1/ Earlier, my friend @SantiagoAuFund asked me to expound on gold. I was a bit surprised by the interest the tweet generated, so I’ve decided to compose a thread on the topic and financial markets generally. There’s a lot coming, so apologies to those with no interest. https://t.co/bUjYqKCDtM

There are 32 posts in there and I suggest you read the whole thing. More important than the thread itself; however, was the unprecedented and totally surprising response I received. As I explain in the tweets, I intentionally avoided talking about markets for nearly half a decade for a variety of reasons, and so I was blindsided by the enthusiastic and exceptionally positive response. It led me to do quite a bit of soul-searching, and ultimately convinced me that the time is ripe for me to start commenting about financial markets again. Not only because I think we’re at or very close to a major inflection point, but because people want to hear it.

For the record, I didn’t think central planners would be able to put Humpty Dumpty back together again ten years ago for as long as they did. I was simply wrong about that, but that’s how big changes in world history typically go. They tend to take a lot longer to reach the final tipping point than you think despite abundant evidence and signs point to something dramatic happening imminently. I often think back to 1830s America. If you were alive during that decade you’d have expected civil war to break out any moment, yet it took another three decades.

So while the prevailing establishment was able to keep a dead system on life support for an extra ten years to enrich themselves with some more corruption, it was not without consequence. People have not forgotten the unconscionable manner in which Wall Street’s professional white collar criminals were rescued and reward by the Federal Reserve and politicians in D.C.

Just a few months before the 2016 election CNBC published a piece titled, The U.S. Is Still Angry at Wall Street, and It May Be Hurting Recruiting, in which we learned:

Americans still hold big banks in low regard, years removed from the financial crisis. A SurveyMonkey poll of more than 10,000 U.S. adults calls Wall Street ruthless, and when people were asked which of the biggest U.S. companies named in the Fortune 100 were worst for the country, three of the top five names that came to mind were banks.

Survey respondents assigned “most ruthless” status to four banks — Goldman Sachs, JPMorgan Chase, Bank of America and Morgan Stanley. Goldman did not respond to a request for comment, the others declined comment.

I believe such an attitude played a material role in Trump’s win given Clinton’s well known intimate financial and personal relationships with mega-banks and other financial industry scoundrels. Which brings me to the main point about where we are, and where we’re headed. When Obama was elected in 2008, the country’s overall political environment was largely the same old rancid neocon/neoliberal consensus. You either voted for a Bush or a Clinton, or someone similar enough.

This has changed, and a big reason is due to how Wall Street was bailed out, while main street was left holding the bag. In other words, while the stock market and financial assets in general have been in a gigantic boom, the standards of living and opportunities to purchase a home and start a family have become prohibitive for a large percentage of the nation’s younger generations. Importantly, millennials are now thelargest voting block as of 2018, an important distinction compared to the bailout period ten years ago. This will have enormous implications going forward.