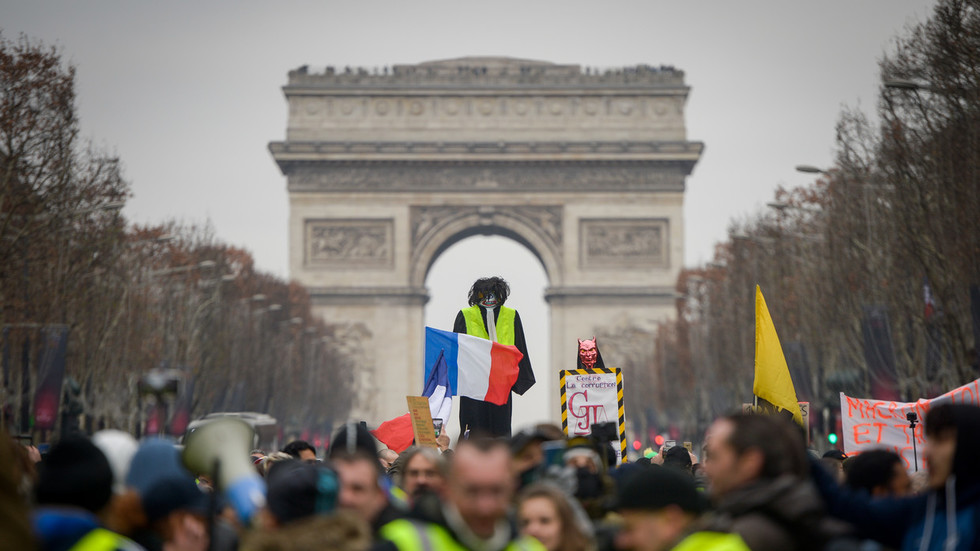 Defiant Yellow Vest protesters have engaged in scuffles with police during the eighth weekend of protests in Paris. Law enforcers hit demonstrators with pepper spray and tear gas as they tried to breach a police line.

Videos from the scene showed hundreds of protesters in their iconic yellow vests facing off with law enforcement. The crowd then tried to walk through a line of riot police, but was pushed away.

Officers fired several smoke grenades, and tear gas was also apparently used. The cameras caught some of the protesters rubbing their eyes and coughing. 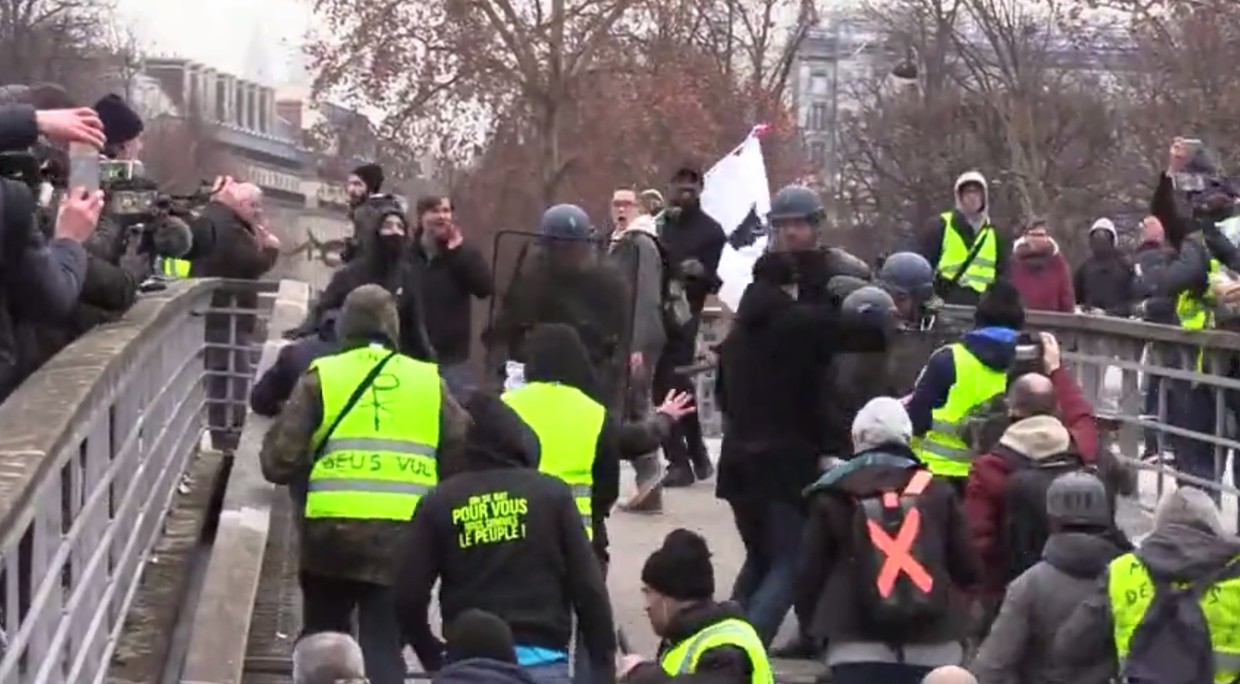 French authorities deployed 3,600 officers including riot police to oversee the rallies nationwide. However, law enforcers in Paris refrained from deploying the water cannon and armored vehicles that were seen at previous marches.

Ahead of the clashes, several thousand yellow vests marched peacefully through the city from the Champs Elysees singing the national anthem, “La Marseillaise.” Others held banners calling for President Macron to resign and to “Abolish the privileges of the elite.” 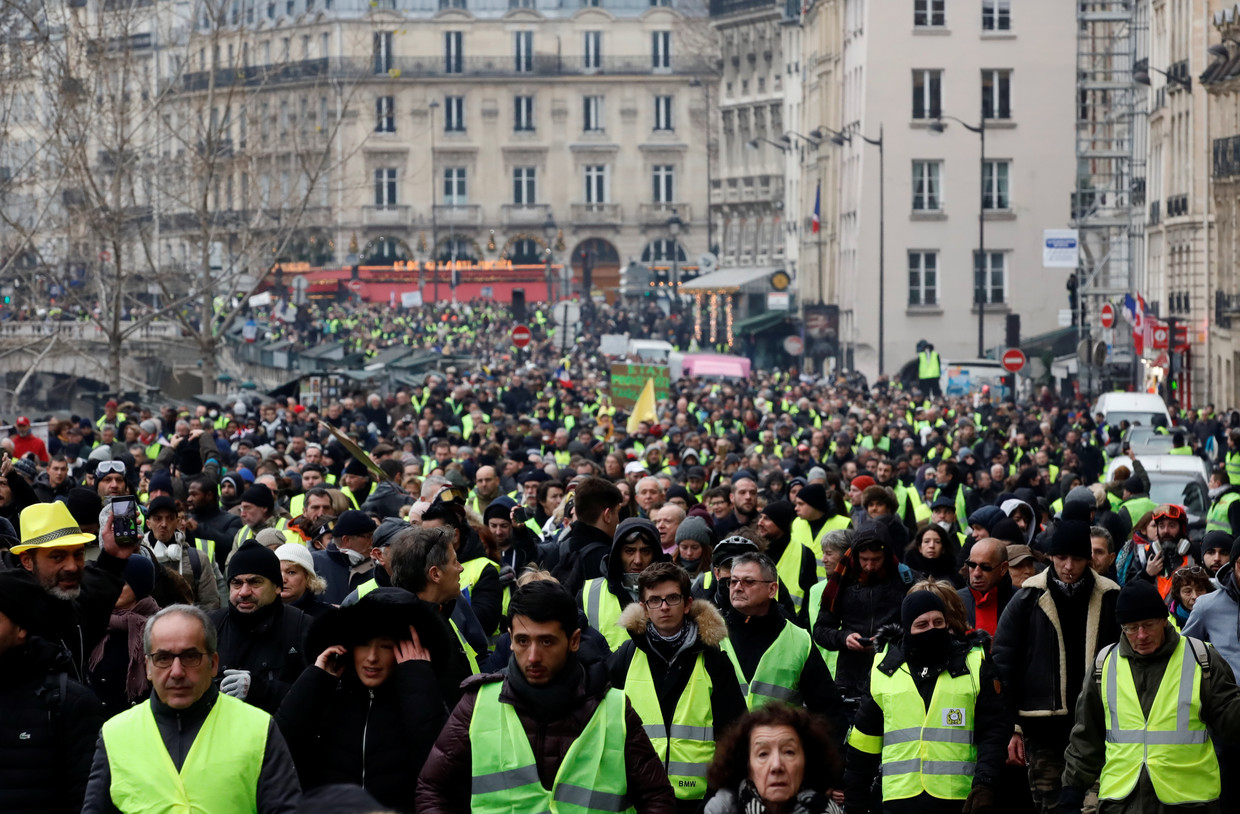